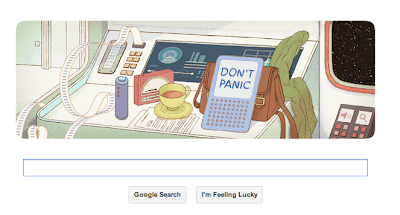 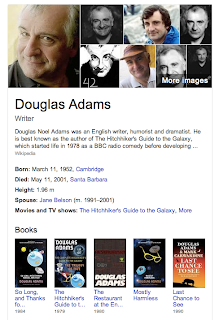 The late Douglas Adams may have been a passionate Apple fanatic, but it’s hard to imagine him not raising a smile at the tribute that Google has prepared for him today. On what would have been the Hitchhiker’s Guide to the Galaxy creator’s 61st birthday, visitors to Google’s homepage will see an interactive Doodle that couldn’t be more stuffed with references to the classic series.
Ford Prefect’s towel, Arthur Dent’s cup of tea, and Marvin the Paranoid Android all make an appearance, and there’s a version of the Guide itself — looking suspiciously like a Kindle Keyboard — that’ll teach you how a babel fish works and exactly how harmless Earth is.
www.theunbiasedblog.com