The Unbiased Blog
Home News Tech To vote or not to vote
The age of 18 is widely accepted as the start of adulthood but those one or two years younger occupy a strange twilight zone where they are given many freedoms and responsibilities but denied others.
For some it will help fuel the long-standing debate over whether the voting age should be lowered to 16 across the country.
Proponents of the franchise for 16-year-olds point out that they can live on their own, get married, pay taxes and die for their country but cannot vote.
But it’s not that simple.
Continue reading the main story

Voting can’t blow your hands off, but fireworks can”

If you want to join the Army at 16, you will need permission from your parents, and under-18s are no longer sent to frontline war zones.
Living on one’s own at 16 is not an easy option. There are difficulties gaining credit and 16-year-olds are not eligible for the same benefits – or even the same minimum wage – as older people.
Even leaving school at 16 is difficult, with moves to make sure young people stay on in education or training until they are 18.
Despite any perception one might pick up from the debate on voting at 16, the trend for law-makers is to raise age limits, says Philip Cowley, professor of politics at the University of Nottingham. It is “completely untrue” to think children are growing up quicker than they used to.
“If you go back 30 or 40 years people were leaving school at 15, they were getting married earlier, they were having children earlier, they were working and paying taxes earlier than they are now,” says Cowley.
“There has been a generational shift in terms of the slowing down the development of young people.”
For instance, in 2003 the law on making or distributing indecent images of children was changed to raise the legal definition of a child from 16 to 18.
The change in the Sexual Offences Act was designed to protect under-18s from being exploited in pornography. The law makes clear that those married to or living together as partners with a 16-year-old can still legally make and possess such images. 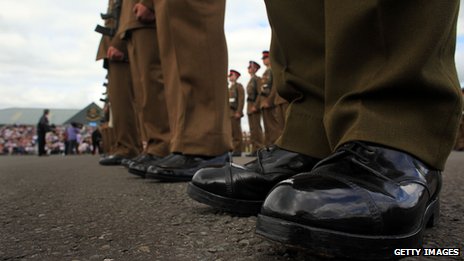 Baillie says he does not think there is a rational explanation for why there are so many different age limits for activities such as sex, alcohol consumption and criminal justice.
“These things have happened over time and our perception of childhood has changed over the years,” he says.
Baillie believes if we were to start again with a “blank page” we would still create new anomalies as our values and perceptions would again change over time.
One development which has influenced thinking in the past couple of decades is the United Nations Convention on the Rights of the Child.
This piece of international law requires that states act in the best interests of the child, which it defines as anyone under 18.
Tam Baillie says the convention “throws up some challenges in terms of our previous approaches”.
About 10 years ago, an addition to the UN convention led to the measures to ensure members of the armed forces under the age of 18 did not take a direct part in armed conflict.
“This is a good example of how we have shifted back and we now see 18 as the age rather than an earlier age,” says Cowley.
Young people should be able to start their own independent lives at 16.
Continue reading the main story

But the current social climate is for children to stay at school or in vocational training until 18.
In England, the law has been changed so that by 2015, all young people will have to stay on in education or training at least part-time until 18. In Scotland, the Opportunities for All scheme guarantees a place in education or training for 16- to 19-year-olds.
Under-18s cannot usually claim benefits such as Jobseeker’s Allowance and Income Support.
But Greer says even if they are still at school, there is no reason why under-18s should not be listened to and be able to do some of the things which are currently prohibited.
Although he understands that not being able to buy fireworks or place a bet until you are 18 (although 16 for the lottery) reduces the dangers to which young people are exposed, Greer says the idea of maturity is “incredibly arbitrary”.
“To say you have magically achieved maturity at 18 is mad because we all know 40-year-olds who are completely immature,” he says.
Bars in India that won’t serve you unless you can prove you are 21. 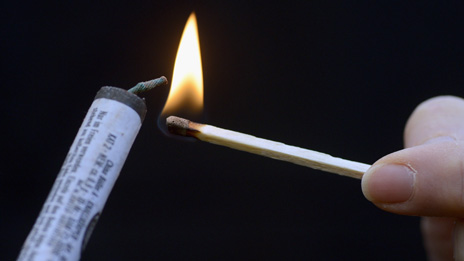 “We may have a legal position where we make it as hard as possible for young people under the age of 18 to drink but I don’t think any of us are naive enough to think that under-18s don’t drink occasionally.”
He talks about educating under-18s to be responsible enough to make these decisions.
The same is true for sexual relations, where the law has been framed to be realistic about the activities of young people but they have been given special protections in certain circumstances.
Although teenagers of 16 or older can have sex it is illegal for someone in a “position of trust” – such as teachers, carers and doctors – to have sex with someone under 18.
“The point underlining this is an assumption that says ‘you might still be vulnerable and we need to protect you on that basis’,” Cowley says
And Baillie believes that giving extra protection to under-18s is totally consistent with paying more attention to their views and trusting young people to have more of a role in democracy, such as voting.
“Voting can’t blow your hands off but fireworks can,” Greer suggests.
www.theunbiasedblog.com