So after a long wait and release of Temple Run for WP platform, the game has been released. Yes released when other platforms have already played it to death, have played its ‘BRAVE’ franchise and also the 2nd instalment.

We really love this game and were thrilled it came to the Windows Phone!

But the following points just proved its sucks:

Just to give an idea of what people are saying about it, here are the first hand reviews from the official download page: 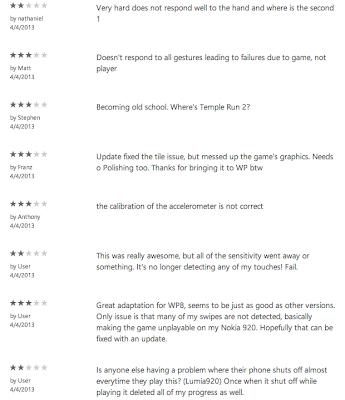