The Unbiased Blog
Home News Tech Xbox ‘One’ – the last one?
Unbiased take on the Microsoft Xbox ‘One’ by +Tathagata Ray 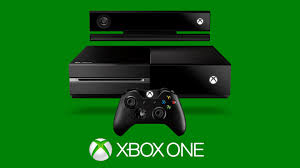 What an epic day it was yesterday for befooled gamers. What a sense of pride it must have been for gamers who have first bought original discs and then bought subscriptions to play them. Well, at least I deduced some of the reasons why Indian gaming die-hards should stay the heck out of ‘Xbox One’ though:

1.It’s bulky, buttons are big ass, and the so called future of gaming is the inclusion of the already discovered and implemented Bluetooth recognized joypads. Duh! If you want to go a level higher, then there’s Kinect for you. And going by the features, it can detect if you’re really enjoying the game or not by your facial expressions, it can be the world’s costliest upgrade. Carrying the Xbox One to your friends’ place for parties would seem like you’re the next door undertaker.

2.Three processors working simultaneously inside your powerful console. And the funny part is, while one is a game dedicated processor, the other two are optimized for the TV and social plugins. Whoever came up with this idea must be one of those mainline people who think posting their commercial on YouTube means a Digital Campaign.

3.Cloud Gaming. While the name sounds totally futuristic and epic, let’s get down to the skin of it. It’s India. We stream videos at 240p on YouTube, we go for the lighter MKV format of movies, and above all, we are well acquainted with words like lag, server maintenance and low data transfer rate. Even though it’s pretty cool that you can store all your game data from the Microsoft Xbox cloud or play a friend’s game without even purchasing/installing the same on your box, try fighting the odds of Third World Disadvantages and you will know why Xbox is the Unchosen ‘One’.

4.Xbox Unveiling had big words. Among such big words, were TV and Skype, which were repeatedly used. Blah! Why would I log in to my Xbox to watch TV (given the fact you already have a set top box and preset YouTube channel viewer). And how stoned would you get me, before I use my 30 grand machine to do Skype chat with my pristine homies?

5.Speaking of Exclusive Titles, all I saw yesterday were snippets of the next EA Sports big fishes, The Forza 5 and the next Call of Duty: Ghosts. The last title can already kiss my ass. These games are never and can never be exclusive stuff. What they’ll give to Xbox for their American collaboration is that you’ll start with cool DLCs and stuff. And there are others who work their way up the ladder with sheer hard work. The so called exclusive title reveal is what reversed the effect on Microsoft and for sure they can wait for Sony Playstation to make that last laugh. Wait till they announce exclusive stuff, like they really mean it, Unchartered Next, God Of War: Recap, another crazy title from Insomniac Games, so on and so forth. 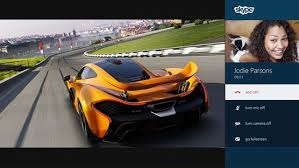 I once doubted PS4 because Xbox really sounded like they would really strike at the heart of the supermachine. But now having heard all this, I might as well take a laugh and raise my glass to the American ignorance. A console that expects you to buy original games and then buy a yearlong subscription to play them online, they really wanted to give the gods competition. I say, it is Game Over already Microsoft. Shiver when Sony hits the floor on June 10th.