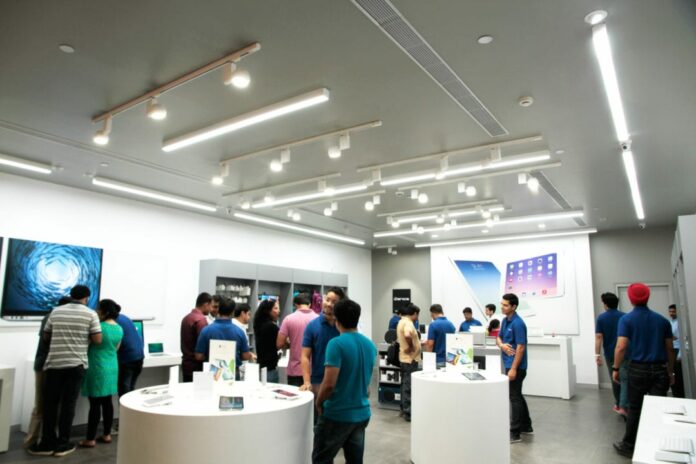 iOS 6 was known foritSkeuomorphism, inspired by the Late Steve Jobs’ love for realism and panache.  But with Tim Cooks taking over Apple and a shuffle intheiOS design team, things were definitely heading in a different direction. This year’s WWDC proved it all right and this brings us to a debate-iOS6SkeuomorphicvsiOS7Slickness (Sickness according to some).Skeuomorphism, a real-world design concept thatwas favoured by previous Apple senior VP  iOS programmingScottForstall,was discovered in alargeportion of Apple’sdefaultiOS applications. For instance, applications like Notes and Find My Friends both had characteristic leather outline stresses and Game Center presents a felt pool table texture. But thatwasiOS 6 and today we are here to discuss the shiny new (or bland & boring for some)iOS 7.

Much has been said about Sir Jonathon Ive rebuilding the iOS from ground up to bring added features and not just cosmetic changes. According to sources, it wasn’t as easy as it may seem, from Apple pulling in more engineers from thier OS X team to finish iOS 7 before the WWDC deadline to allegations that flat looking iOS is a rip-off of Android & WP8.

To put our case further let’s revisit both iOS versions side by side:

Lock screen gives you all the space in the world by removing the bottom slide to lock and the top bar with time and other details, much of an Android looking lockscreen

The transparent theme which runs all through iOS 7 starts from the lockscreen itself giving it a lively feeling.

The clock sits straight on top of the wallpaper and sliding to open goes from the bottom up as opposed to with the old metal catch bar.

Point to be noted is the unlocking mechanism has changed from the good old ‘Slide to Unlock’ to Android-esque ‘Slide Upwards’.

Once you unlock any device it’s the homescreen that does all the magic and the general look and feel of the iOS 7 is definitely distinctive from its previous versions.

Not to be missed is the new cellular antenna symbol, instead of linear bar now its dots depending on the reception of the network.

The Notification Center has got a noteworthy makeover – the schematics are no more drawn out any of that brushed metal contour and have been replaced by a semi-transparent board emphasizing enormously re-ordered segments.
You cant afford to miss the slicker and detailed calendar in the notification center. We will talk about the Command Center a little later.

The biggest problem for us in the iOS was the Photos app. For the simple reason of not being able to filter or sort them. We have around 7000 photos on our iPhone and only we know, how we find photo’s when they are needed impromptu. Our brains have to apply endless logic’s as to where it was clicked, how long back was it clicked etc. For the same reason we’d purchased the $4.99 iPhoto app for the iPhone.
But everything has changed with the iOS 7, the default photos app is now much smarter and has loads of options to play around with. With the Introduction of Collections, Moments, and Years — smart groupings of  photos and videos based on time and place has finally arrived. Tap Years and all your shots fill the screen. Each year holds Collections, like your trip to San Francisco. And in that Collection are distinct Moments — photos from Union Square, videos from AT&T Park. So you can find a shot from whenever, wherever, in no time. Bravo!
What worries us is the time it would take to sort out existing 7000 pics on our iPhone 😉

Messages in the iOS 7 have also been flattened out and the background has gone white to match aesthetics of the latest iOS. The new chat bubbles are colorful and zippy.
We wonder if the colour coding of text messages(Green) and iMessages(Blue) still stays on with this iOS.

Multitasking on the iOS has always been a bone of contention for Apple. Things surely evolved from the no multitasking to some what multitasking as the versions of iOS progressed but it was never the way it should be. In fact it was never multitasking due to its inability to do two things at the same time, it was more of multi-switching. With the iOS 7 Apple claims the multitasking has got even more smarter and learns when you like to use your apps and can update your content before you launch them. So if you tend to check your favorite social app at 9:00 a.m. every day, your feed will be ready and waiting for you. Also the scrollable carousel was the need of the hour for the iOS.
It’s funny that the new smarter multitasking has uncanny resemblance to WP and Android. They way you close apps now is ahem, see it to believe it. Android!

Folders have changed radically in the iOS 7 and now offer a lot more free space and scrolling. The  metallic background has been swapped by a transparent box. The ugly icons can’t miss the eye!
What really matters is the number of apps that can be put in a folder and would they have an update like live tiles on the WP platform.

From the day iPhone 4 was launched, Mobile Phone camera’s had a new benchmark to reach. Not only did it became the most popular camera on Flickr beating the other camera phone’s, compact camera’s and even DSLR’s. Such was the hardware of the camera used in iPhone’s.
But with great hardware you need excellent software, let’s see what’s in store with iOS 7 camera app – still, video, panorama, and a new format called square in one go with a simple swipe. Added with a lot of new filters and sharing options to make sure you use less of Instagram.
Twist in the tale is that Filters in Camera are available only on iPhone 5 and iPod touch (5th generation)

People who have never used a jailbroken device would know how annoying it was to toggle any setting on the iPhone. For a simple switching of WiFi, Cellular Data or Bluetooth, user had to go into settings and then General and finally Cellular to switch of Cellular Data. We couldn’t have survived without SBsettings on our jaibroken iOS devices.
By now you would have got an idea as to what Command Center does – Turn on or off Airplane mode, Wi-Fi, Bluetooth, and Do Not Disturb. Lock the screen’s orientation or adjust its brightness. Play, pause, or skip a song. Connect to AirPlay-enabled devices. And quickly access your flashlight, timer, calculator, and camera.
The command center really comes in as a blessing in disguise but we are curious if there would be an option to customize it, specially the 4 app shortcuts at the bottom. If not then there is always a JB tweak 😉

AirDrop has been there for ages in the Mac and we have used many a time to transfer data between our iMac and MacBook Air. With iOS always accused of almost nil sharing options between devices, we are not taking standard email and iMessages into account when we say that. But with Samsung’s S-beam and Apple had to come up with something. So here we have AirDrop – With AirDrop iOS 7 users can transfer photos, videos, contacts, passes etc.
As Apple claims that AirDrop works with WiFi or Bluetooth, does it imply we finally have encrypted Bluetooth data exchange between iOS devices? Oh did you pay attention it’s only available on iPhone 5, iPad (4th generation), iPad mini, and iPod touch (5th generation).

We will be very frank that we always craved the animated weather widgets on the droids. Specially when it rained over the phone’s display but with iOS 7 the craving can rest in peace as Sir Ive has come up with this – It’s a step further any weather app/widget we have ever experienced. Now the Hail bounces off text on your iOS device, and the fog passes in front of it. Storm clouds come into view with a flash of lightning(for real with LED flash). Checking the weather is like looking out a window.
With hail bouncing off the text and lightening activating the LED flash, we wonder how storms and hurricanes are shown in the new weather app. Though we pray for no hurricanes.

T.U.B. Verdict: For some its a breath of fresh air for others now their iPhone would feel like an expensive sibling of an android device. People are even ranting that if Steve Jobs was alive, this wouldn’t have happened. But that’s with everything that get’s launched nowadays, people have social media platforms to express love or hatred instantly. The war between Apple Fanboys and Droid Fantics is inching closer with every OS update. Soon there would be no patents and most of the platforms would look and feel like the other. And that’s a good thing as the rivalry between the established platforms like iOS and Android, teamed up with a promising platform like Windows Phone will give consumers the best. It’s very important to have healthy competition and to keep fighting else you could simply die the Symbian or BBOS way. Now for the final word on iOS 7, we would say as it’s the first biggest change in iOS since its launch, we shall give Apple a fair chance and not write them off already. There would be complaints about how bland it looks and also a bug list ready by the time it launches but that is what will keep it alive and progressing.