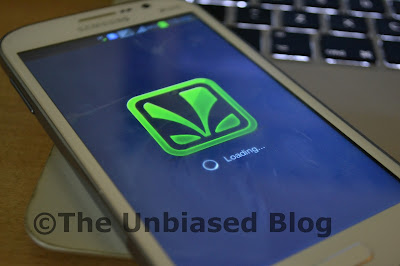 There was a time when music streaming for hindi music was a distant dream. All we had were a few radio streaming sites on the extinct real player and the leader iTunes. But that was a long time ago, Hindi Mp3 sites came along and then came in Saavn. We realised the true potential of Saavn when we were in Scotland last year and met a group of oldies from India in a pub. They were cribbing about the rock n rolla music playing in all the Scottish pubs, that moment we unleashed the power of Saavn. We gave them Saavn and they were esctatic and nostalgic at the same time. That was it! Since then Saavn has been out choice for streaming music.

And now Saavn, one of the world’s leading digital music services, announced the launch of its much-anticipated Saavn Pro subscription service for Android. Saavn Pro allows music lovers to enjoy their favorite tunes commercial-free and offline, which is great for areas where cellular connections are unavailable.

Officially launching July 17th in Google Play, Saavn Pro will bring its vast selection of Indian music to the company’s significant user bases in India, the United States, the UK, and other major markets. The majority of Saavn’s catalog of approximately 1.1 million tracks will be available on Saavn Pro, with thousands of new tracks being added every month.
Saavn Pro is the first premium music product to launch for the Android market in India, where the vast majority (approximately 60 percent) of Saavn’s audience listens to music via their mobile phones. Unlike many other subscription services, users can opt-in to Saavn Pro directly on their mobiles.

“Saavn was one of the first Android apps to hit a million users in India, and we continue to see Android and Saavn evolve together,” says Rishi Malhotra, President and Co-founder of Saavn. “Saavn Pro on Android is big for Saavn and Google, and marks the start of premium Android apps reaching scale in India. At the end of the day, the music labels are the biggest winners – we are recapturing lost revenue in a heavily-pirated market. Global consumers are telling us they value an ad-free music listening experience, and we are delivering the best mobile experience today.” 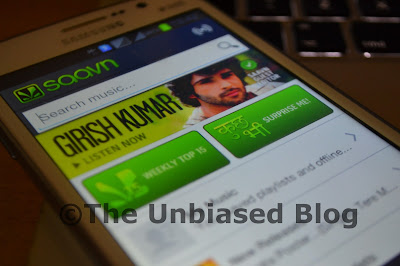 The launch of Saavn Pro for Android follows the company’s wildly successful launch on iOS earlier this year in March. Saavn Pro on iOS is already one of the top-grossing music apps in the iTunes India Store.

Following a 30-day free trial, users can subscribe to Saavn Pro for Rs 220 per month directly through their Google user account. Users can register ahead of the release date, and watch Saavn Pro in action at http://pro.saavn.com/

In addition to Saavn Pro, Saavn has also launched a new premium subscription service called Saavn Pro Lite, which is a cheaper option of Saavn Pro, available only to Indian users it lets users cache up to 1 GB of music on a single device for INR 110 per month.

Saavn Pro Features for Android include:
India’s Massive Mobile Music Opportunity
India’s mobile market is one of the most mature in the world, with more than 700 million unique cellular subscriptions. Android is the leading smartphone OS platform in the region, commanding 10x the market share of Apple (10 percent versus 1 percent, respectively), according to Portio Research.

Although most Indians currently use feature phones, they are clearly hungry for smartphones: in Q1 this year, India surpassed Japan to become the third-largest smartphone market in the world, according to a Strategy Analytics report. The data showed that India’s market is growing faster – at a 163% year over year – than those of China, Japan, and the U.S. The opportunity for app developers and service providers is enormous, and the increase in smartphone penetration makes it easier for Indians to use more data – which is beneficial for both carriers and advertisers.

According to the International Federation of the Phonographic Industries, streaming services now account for more than 20 percent of the $5.6 billion in digital music revenue recorded globally in 2012, which is up from 14 percent last year.

In 2012, consumption of mobile data in India nearly doubled, and 3G data tripled, says a recent study by Nokia Siemens Network; mobile data traffic in the country increased by 92 percent to about 25 petabytes last year. “Music streaming is a large part of this consumption, and every part of the music industry – from musicians, to producers, to labels, to technology providers – is responsible for a huge surge in mobile usage in India and around the world,” continued Malhotra.
www.theunbiasedblog.com