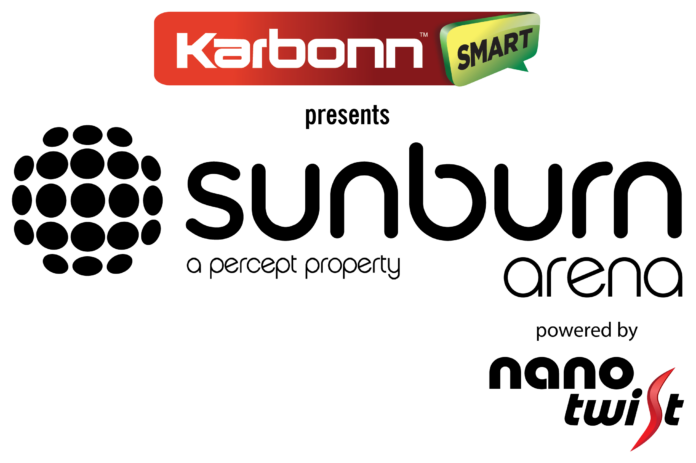 Creating the biggest headline of the Trance world, Karbonn, India’s leading smartphone manufacturer presents Sunburn Arena featuring DJ Armin van Buuren. Karbonn in its endeavour to provide music lovers ‘A Chance to Enhance’ their connect with Armin, has also initiated Social Contests on Facebook & Twitter around the mega event where fans can win VIP Tickets and get a chance to meet the legendary DJ in person.

The Sunburn Arena Tour, features the top ranked Trance DJ performing as a part of Armin ONLY ‘Intense’ in Mumbai on 24thJanuary, 2014 at the NSCI-SVP Stadium, and in Bengaluru on 25th January at Neo Town, Electronic City Phase-I. Sunburn Season 8 begins with this two city tour where Armin brings his concept ‘Armin Only’ to Mumbai which will be one of the biggest shows witnessed by Asia. Further in Bangalore the ‘God of Trance’ will be playing hits from his recent album `Intense` which has been rocking the floors globally with its spanking fresh musical gems.

Armin van Buuren is currently ranked #2 in the world according to DJ Magazine’s Top 100 DJs poll for 2013, in which he commanded the top position for an unprecedented four consecutive years since 2007 to 2010 and again in 2012, The master Trance and House music producer is known for his chart-busting numbers like ‘This Is What It Feels Like’, ‘Burned with Desire’, ‘A State of Trance’, ‘In and Out of Love’, ‘Broken Tonight’, ‘Not Giving Up On Love’, ‘Feels So Good’ and more; which he plans to perform in front of the Trance crazy listeners of the country.

Shashin Devsare, Executive Director, Karbonn Mobiles says, “We are extremely proud to be associated with Sunburn to bring the top trance DJ Armin van Buuren to India. Armin has an electrifying aura which makes him a top performer and entertainer. Looking at the emerging music preferences in the country, I am sure that Armin will be well received by the audience and this event will turn out to be a cornerstone in the Indian music entertainment business.”

“With this association we are keen on tapping the pulse of the youth who want to be in sync with the times. Be it cutting-edge mobile technologies or the best of music entertainment, today’s emerging youth always wants the very best of experience which we at Karbonn endeavour to bring to them at every opportunity. This association is a fantastic means for the brand to reach the young & confident youth of the country”, he added.

Karbonn is a brand which understands the pulse of Young India and thus endeavours to create a larger-than-life experience for them, either through innovative smartphones or youth-centric initiatives. It is thus in its effort to reach out to the Trance & Progressive House loving youth of the country, that the brand has entered into this partnership to bring the legendary DJ onto Indian shores.

Karbonn as the Presenting Sponsor of Sunburn Arena will support the thrust that Trance & Progressive Music will receive after Armin’s performance and will aim to bring more international performers to the Indian audiences in coming times. In its endeavour to connect trance fans to their idol Armin van Buuren, Karbonn has also initiated interesting social media contests on Facebook and Twitter through which fans will be able to win free tickets to the Sunburn Arena and also get a chance to meet the legendary DJ.

o   A wall contest asking audience why they want to Dance to Armin at the Sunburn Arena wherein fans can send in interesting answers and witty one-liners.

o   A tab contest wherein fans can upload their cool videos showcasing how they dance to the beats of Armin on any of the maestro’s chart-topping numbers.

The best answers and videos on this contest stand to win free regular and VIP tickets to the Armin Show.

–          Chance to Enhance Contest on Twitter – Interesting and witty tweets with the hashtag #DancetoArmin will win free regular and VIP tickets to the show.