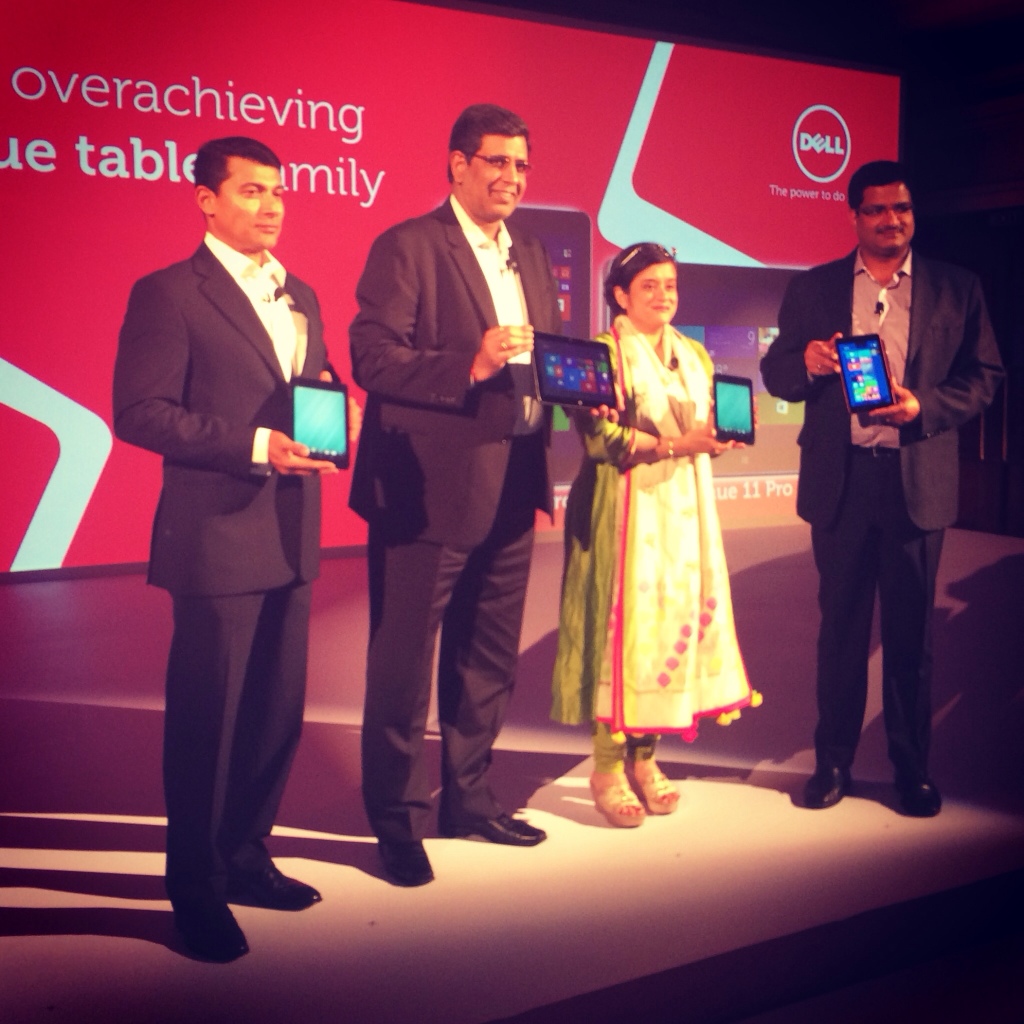 Dell known for its desktops, laptops and enterprise tablets has shifted focus to affordable consumer tablets.  Dell Inc’s Indian arm launched four tablets for the regular consumers as well as the enterprise segment.

All the 4 tablets are Intel based tablets, expanding the relationship between the two IT giants. Out of the four tablets launched today, the Dell Venue 7 and 8 inch tablets are aimed as personal use devices and will run on the Android Jelly Bean operating system. Both are powered by Intel Atom processors. The seven-inch device will come with 16 GB storage while the eight inch model will have 32GB storage options too. Both devices will have HD IPS displays and will offer almost eight hours of battery life. At the moment both devices support only WiFi telephony but soon will have 3G options too.

The Venue 7  is priced Rs 10,999 and the Venue 8 will cost Rs 17,499, available starting today. All the devices come with Dell Goodies such as 24×7 support, accidental damage coverage and advance exchange warranty.

Moving on the Dell Venue Pro tablets for enterprise users, Dell announced a Venue 8 Pro and a larger Venue 11 Pro powered by Intel Core i3 and i5 tablets running the Windows 8.1. Both these devices have range of accessories like keyboards and stylus as well as the Intel V-port technology for manageability. The Venue Pro 8 will be priced around Rs. 26,499 onwards and will be available from February 2014. Whereas it’s bigger sibling, Venue Pro 11, is still to be announced in terms of price and availability.

Debjani Ghosh, Managing Director, Intel South Asia  said “I am happy to see that the way tablets are evolving from media consuming devices to content creation devices. She added that with Intel powered tablets will take the lead.”

P Krishnakumar, Dell India’s executive director and general manager for consumer and small business said the company wants to offer a full range that gives users a choice. “The company hopes to take a leading position in this space,” he added.

What do you think about the latest range of Intel based tablets from Dell? Do you think the Venue (Android) series  will make a dent in the already cluttered Android tablets market or is it going to be the Venue Pro’s that have more potential?