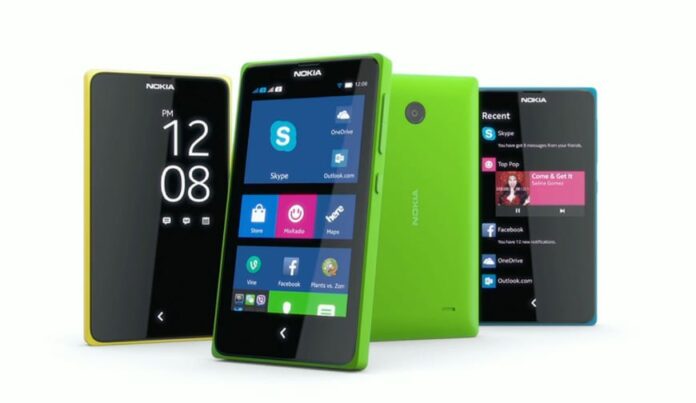 Putting an end to all the leaks that unofficially revealed many details about Nokia’s first Android device, the company has finally unveiled its first ever Android handsets. Nokia announced not 1 but 3 Android devices. The Nokia X smartphones come in all sizes 😉 X, X+ and XL. But do not expect them to be like the regular Android devices you are used to. Instead, it’s more like what Amazon did to Android OS for their Kindle HD’s. Similarly, Nokia Android devices would lacks standard Android features, and obviously resemble the Windows Phone Metro UI.

The Nokia X has a 4-inch WVGA display (800 x 480 resolution,) 1GHz dual-core Qualcomm Snapdragon processor, 512MB of RAM, 4GB of storage, microSD support, 5-megapixel camera, 1500mAh battery and Android OS with a Metro-like user interface on top of it. The Nokia X+ will have extra memory and storage. The Nokia XL has a bigger 5-inch WVGA display, 5-megapixel camera and 2-megapixel front-facing camera. After reading the specs you must have figured it out that these phones in no way compete with the Android flagship devices available in the market. Unlike other Android devices the Google’s default apps would be replaces with Nokia’s own collection of apps. The X devices would include various Microsoft applications, and will offer users access to Nokia’s own Android store, as well other third-party app stores including Yandex. To lure buyers, Microsoft will give buyers one month free calls Skype, and 1GB of OneDrive storage.