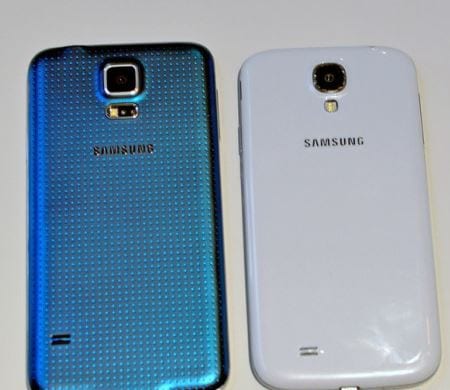 Every time a new flagship device is announced by a company, the predecessor become more affordable and hence totally a must buy. The same has happened with one of the most loved android smartphone by the market leader Samsung. With the Galaxy S5 set to hit stores starting April 11, 2014, as Samsung plans to launch the device in 150 countries including India on the same date. The South Korean tech giant has slashed the price of its 2013 flagship Galaxy S4 in India. The Galaxy S4 is now available for around Rs.30,000, yes its cheaper than the Nexus 5 on some online portals. This price cut on Galaxy S4 makes it cheaper by around Rs.11,000 than original price of Rs.41,500 when it was launched in India. Samsung unveiled Galaxy S5 last week without any price tag but if rumours are to be believed then the S5 will be launched for lesser price tag then the S4 was launched.

The Samsung Galaxy S5 comes with a 5.10-inch Super AMOLED (1080 X 1920p) display which is only slightly bigger than the Galaxy S4. The S5 comes with additional features like Heart-Rate Monitor, water and dust resistance and a fingerprint scanner. So what do you think about this deal? We can assure you that there is not a better Android smartphone available at this price 🙂