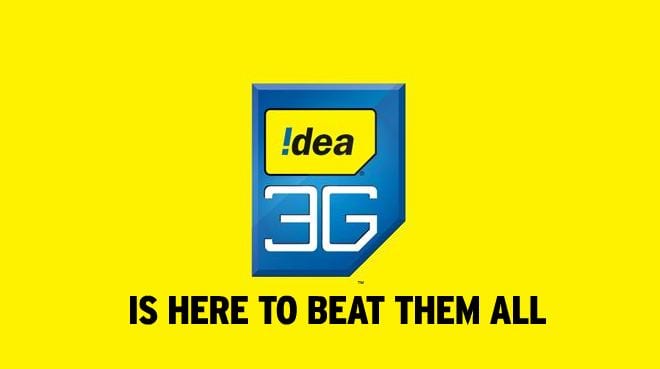 Idea Cellular, India’s 3rd largest mobile operator, has now announced its entry into the 14.0 cms (5.5”) screen category 3G smartphones with the launch of the powerful and stylish Idea ULTRA II. Targeted at the young and savvy consumers, Idea ULTRA II packs in powerful specs loaded with relevant apps, offering a fast and a seamless experience for the high-end mobile data consumers.

Speaking at the launch event in the city today, Mr. Sashi Shankar, Chief Marketing Officer, Idea Cellular, said, “Lack of availability of affordable 3G smartphones with high-end features is the deterrent to mobile data growth in India. Idea has tried to bridge this gap by offering the best value for money 3G devices, in addition to our superior 3G products, services, and network coverage. We have witnessed consistent growth in data uptake in our 3G markets where Idea branded 3G smartphones have been selling, for the past two years. This has encouraged us to further expand our devices portfolio with the launch of our first 14.0 cms (5.5”) 3G smartphone, ULTRA II, and the entry-level !d 1000, which will help us target consumers at both ends of the spectrum.” Idea ULTRA II is a premium segment 3G smartphone targeted at young professionals and students looking for a high-end smartphone at an affordable rate, featuring the latest technology and applications for an enhanced user interface. Its 14.0 cm (5.5”) screen gives enhanced video and gaming experience on large screen, and the 8 MP rear camera with HDR and 2 MP front camera with LED flash, and video-conferencing facility, offer great audio-visual experience. The dual-SIM smartphone is powered  by a 1.3 Quad Core Processor and runs on the latest Android Jelly Bean 4.2 letting users enjoy great internet browsing, email updates, games, social networking, and smart applications and widgets. Its 2500 mAh powerful battery ensures strong battery back-up and its ultra-fast processor offers download speed of up to 21 Mbps. It also comes with Ultimate Power saver mode for 75% extra saving on battery time. Idea ULTRA II is available in White and Electric Graphite and is priced at an MRP of Rs. 12,500 only. The phone will be available in Idea’s major 3G markets – Andhra Pradesh, Kerala, Maharashtra & Goa, MP & Chhattisgarh, Haryana, UP West, and UP East. The new Idea !d 1000, featuring a 8.89 cm (3.5”) screen, is an entry level 3G smartphone aimed at  first time smartphone buyers. It is powered by a 1 GHz dual core processor and runs on the latest AndroidJelly Bean 4.2 OS. This compact smartphone also has built in social networking applications that enables one to be connected at all times to all social networking sites. The dual-SIM Idea !d 1000 carries a 2MP camera and an internal memory of 4GB, expandable to 32 GB. Priced at an MRP of just Rs. 5,400, this smartphone will be available across Andhra Pradesh, Kerala, Maharashtra & Goa, MP & Chhattisgarh, Gujarat, UP West and UP East.