We had just started to feel the lack of touch and type devices, especially in the Android based smartphones. But, India’s homegrown Intex has launched its first touch-and-type smartphone, the Aqua Qwerty, at Rs. 4,990.

The Intex Aqua Qwerty comes with a 3.5-inch HVGA (320×480 pixels) display, and a physical QWERTY keypad. It is a dual-SIM device (GSM+GSM) and supports regular SIM size. Surprisingly, the smartphone features 3G connectivity at that price.

The Aqua Qwerty runs Android 4.2.2 Jelly Bean out-of-the-box and is powered by a 1.2GHz dual-core processor alongside 512MB of RAM.

The smartphone sports a 5-megapixel rear camera and also houses a 0.3-megapixel front-facing camera. The Aqua Qwerty includes 4GB of inbuilt storage, which can be expanded via microSD card (up to 32GB). 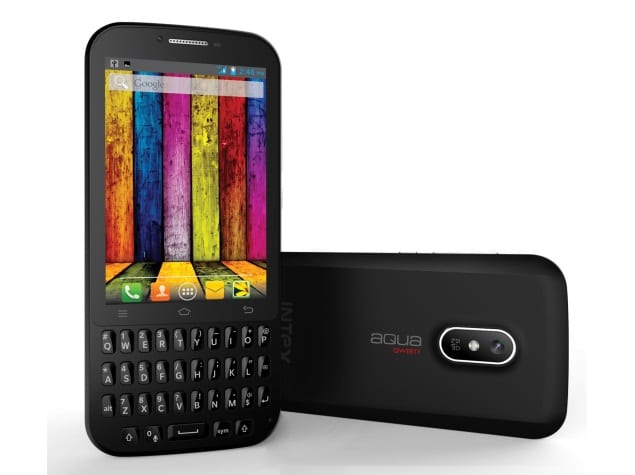 The only touch and type that really did well were the Blackberry and a few Nokia devices. In terms of Android, we can only recall a few – Samsung Galaxy Pro/Galaxy Chat; Sony Xperia Pro/Mini Pro etc

Commenting on the launch Sanjay Kumar Kalirona, Business Head, Mobile, Intex said, “Aqua Qwerty is one such product which offers the convenience of both touch and type features for users who are Qwerty lovers but wish to explore the touch experience at the same time. We have stepped into the qwerty keypad smartphone segment after a lot of market research, and we believe that the Aqua Qwerty will be a vehicle of smartphone adoption in the highly untapped segment of women smartphone users in India, also meeting the needs of professionals who want to send error-free texts, without stressing too much on switching the keypad between signs, symbols, numbers and alphabets.”

The Intex Aqua launched for less than 5k insures that people moving from a candybar feature phone would definitely find a touch & type device easier to adapt to than a complete touchscreen phone.