Dolby Laboratories has been launching state of the art cinemas equipped with Dolby Atmos throughout the country. Yesterday Kerala got its share of its latest audio technology, Dolby Atmos®. EVM Group’s Jawahar Cinema, situated in Kothamangalam, will be the first cinema in the state to offer the new technology to the cinema lovers starting April 8, 2014. Dolby Atmos unleashes the potential of sound in storytelling by giving filmmakers the creative freedom to easily place or move sounds anywhere in the movie theatre to create a lifelike, virtual reality of sound and the most powerful cinema experience ever.

Commenting on the launch, Mr. Jose Mathew, Managing Director, Jawahar Cinema, said, “We are proud to be the first ones to bring Dolby Atmos, the revolutionary audio technology, to the cinema watching audiences in Kerala. Dolby Atmos is a major differentiator, providing greater definition and dimension to movies. With this achievement, we reinforce our mission to bring the best entertainment experiences to our audiences by offering state-of-the-art technology and exceptional facilities, providing them with the best innovations for an exciting, enhanced, and convenient movie-watching experience.”

Dolby Atmos has quickly become the preferred choice for next-generation sound in the cinema, with major studios, award-winning filmmakers, and exhibitors from around the world embracing its approach. Unlike traditional channel-based sound systems like 5.1, 7.1, and 11.1, which require filmmakers to think about the number and location of speakers, Dolby Atmos allows them to simply designate where in the cinema space each sound should be placed or moved to make audiences experience the film as if they were within its world. 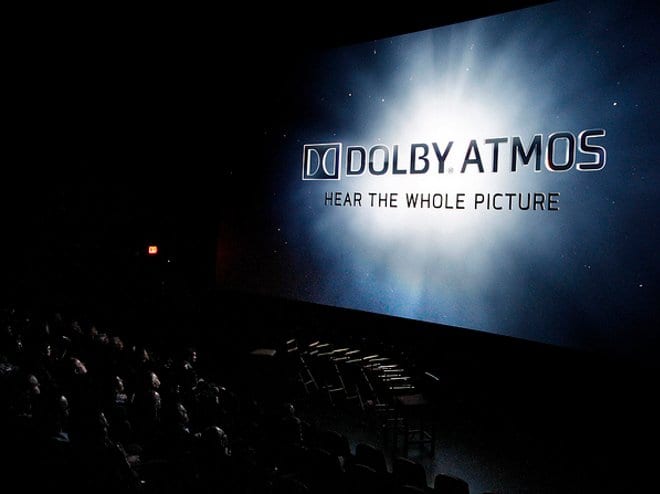 “We are very excited to work with Jawahar Cinema, who are the first cinema to bring Dolby Atmos to Kerala. Dolby’s introduction of this next-generation sound platform marked a giant step forward in the evolution of movie storytelling. We are proud to have pioneered an approach to sound that makes you feel as if you are in the movie, not merely watching it,” said Mr. Pankaj Kedia, Country Manager—India, Dolby Laboratories. He further added, “There is an exciting lineup of top movie titles coming up in Dolby Atmos, and we are confident that moviegoers will go back again and again to Jawahar Cinema once they enjoy Dolby Atmos movies.”

Dolby Laboratories is equipping the cinema world with its new Dolby Atmos technology, the only object-based cinema sound platform available today. Dolby Atmos unleashes the potential of sound in storytelling by providing sound experts the creative freedom to easily place or move specific sounds anywhere in the movie theatre, not just where there happen to be speakers. The result is what moviegoers have described as the most engaging and lifelike cinema sound experience ever.

Introduced in April 2012, Dolby Atmos has been embraced by all the major Hollywood studios, seven Academy Award® winning directors, and 16 Academy Award winning sound mixers, among others. More than 600 Dolby Atmos screens have been installed or committed to in 40 countries with more than 150 exhibitor partners. More than 100 films from 12 different countries—representing a broad range of genres from action thrillers and animated features to comedy and horror—have been or are scheduled to be released with Dolby Atmos sound since the first film debuted in June 2012.

Dolby Atmos has received technical achievement awards from both the Hollywood Post Alliance and the Cinema Audio Society. As the inventors of the only object-based audio format used in the cinema today, Dolby is working closely with the Society of Motion Picture and Television Engineers in driving adoption of standards for object-based audio.