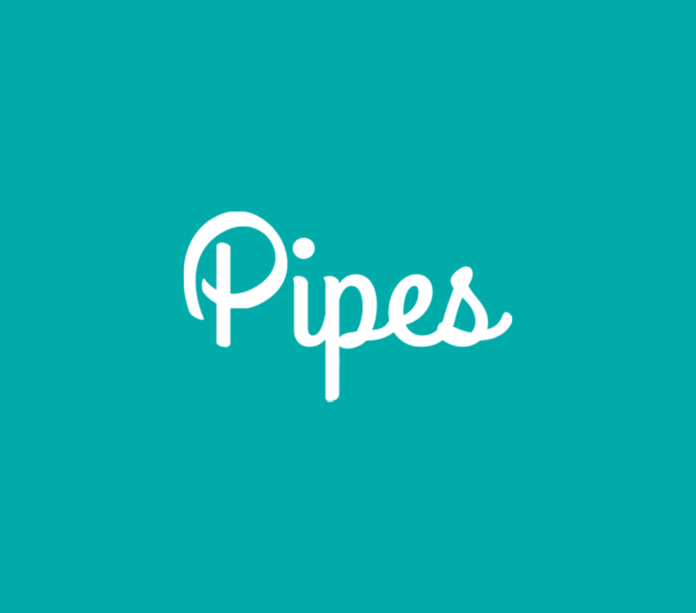 There are plethora of news aggregator and news tracking apps but newer options are always welcomed, specially if they give you certain level of customisation.

Keeping this in mind, the founders of Doodle Creatives, brings to you – ‘Pipes’. Conceptualized and developed by 20-year old Vinay Anand and 24-year old Siddharth Goliya, Pipes is the world’s first personalized news-tracker that gives you the news you want. 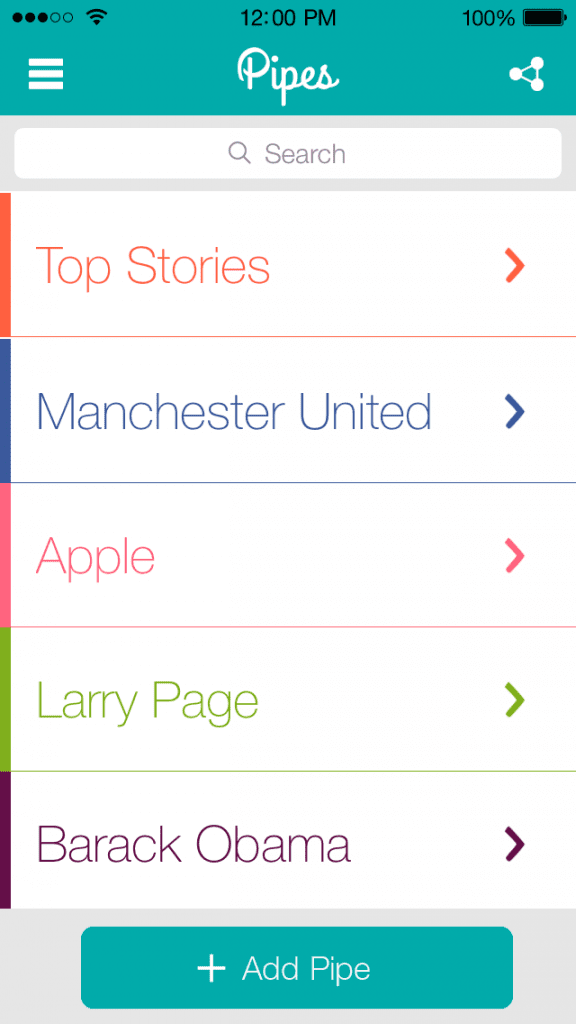 Just enter the title, or, in the app’s parlance – ‘Pipes’, and you can track your favorite sports teams, politicians, breeding celebrities, fashion or world issues, and there’s no end to the list. Unlike a host of other news apps that give you category based news, Pipes allows its users to choose their own categories i.e. Pipes. 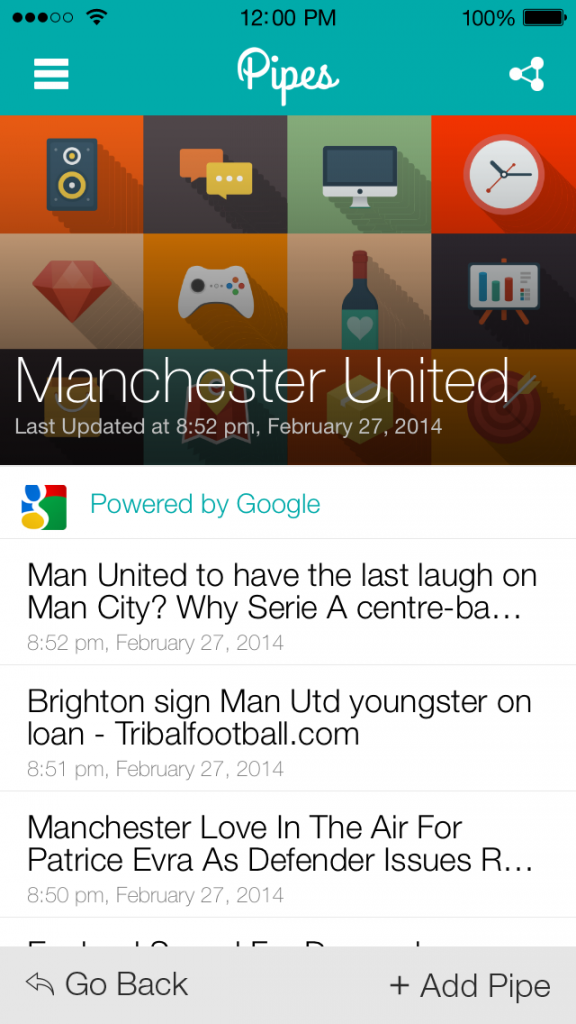 Be it soccer, business, politics or fashion, the App allows you to get inventive with your Pipes. Individuals wanting to track the build up to the Indian Elections can simply punch in ‘Indian Elections’ or stay up to speed with all the latest happenings on their favorite political leader.

You can also have some fun with Pipes: Give the app a little shake, and it’ll throw up a trending pipe & if you don’t like what you see, just shake again! Personalization is taken very very seriously. 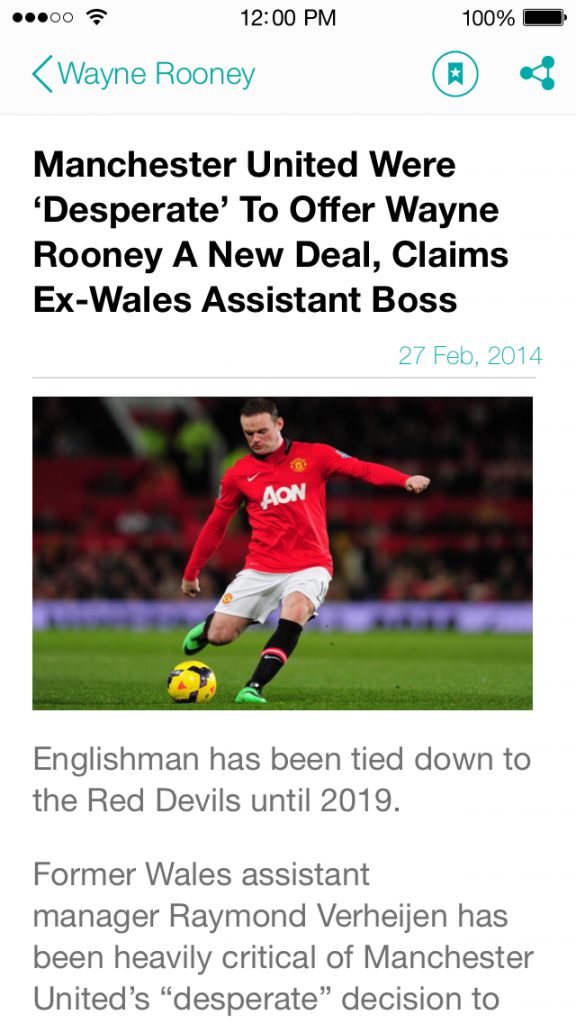 Speaking about the launch of Pipes, Mr.Vinay Anand, Co-Founder – Pipes App, said, “In a world where there’s so much inundation & clutter, I always wanted to track the news I cared about. And applications out there restricted me to the news they wanted to give me; with Pipes, we have enabled users to choose the news they want. That’s what got us going.”

He further added, “What we tried to do right from the beginning was to build an App of international standards, build an app that puts India on the App map so as to say.” 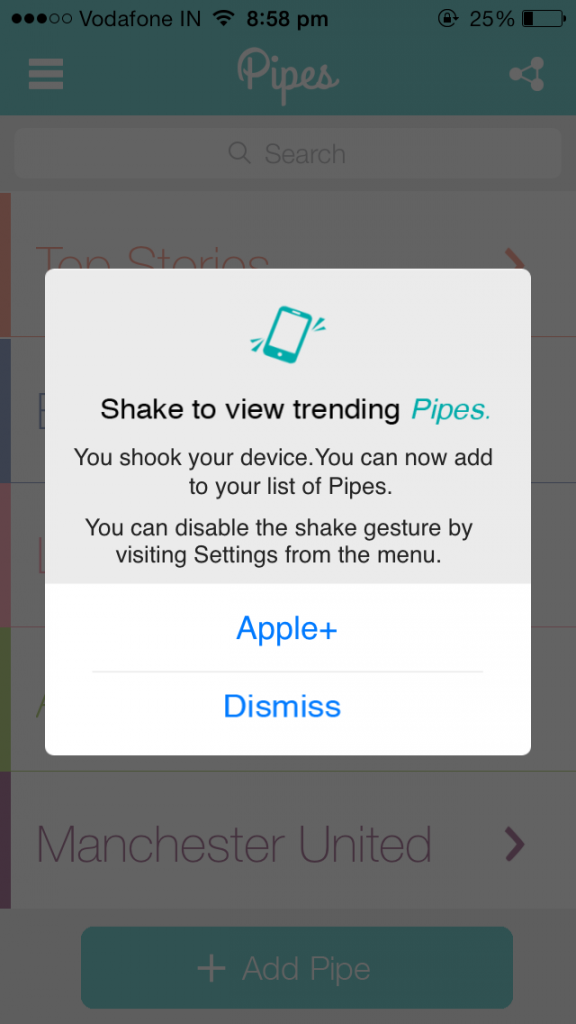 Delighted about this unique initiative, Mr. Siddharth Goliya, Co-Founder – Pipes App, said, “We wanted to change the way you find news that is relevant to you and that’s what Pipes does. And, with our updates in the pipeline, our aim remains to empower users with further personalization taking news to a whole new level.”

Pipes App is available free of cost for iOS and Android devices with the iPad release due very soon.