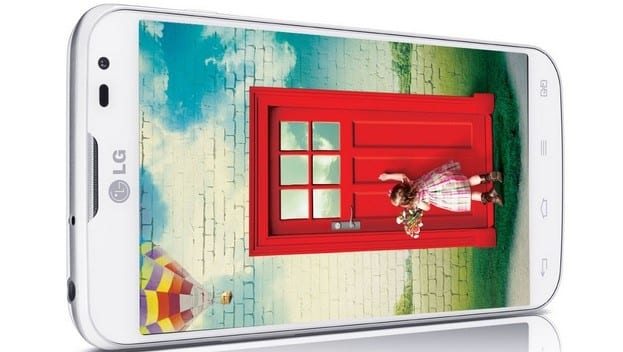 LG, the makers of the last Nexus smartphone has lately launched a series of good smartphones including the LG G3 but it is the mid-budget smartphones which sell more and for the buyers in this section, the company had recently announced the launch of the LG L90 Dual (D410) smartphone which we received for review. Let’s see if the device shines for the price tag of Rs.19,000.

Before heading into the detailed review, let’s just round up on the specifications that the LG L90 Dual arrives with: 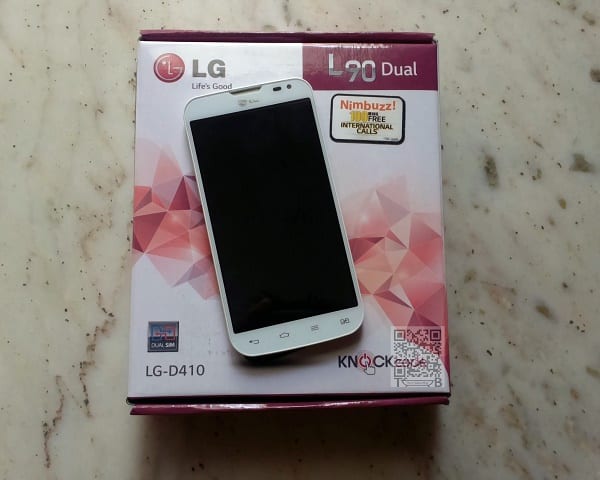 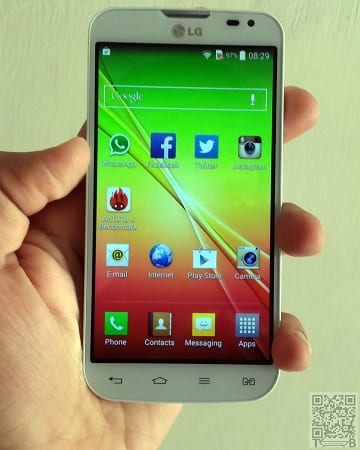 The LG L90 Dual smartphone doesn’t come with any outstanding design but it is simplistic to say otherwise. The smartphone comes in candy bar form and has curved edges. The smartphone has a 4.7 inch display which makes is not so large and goes on to fit well in hands. 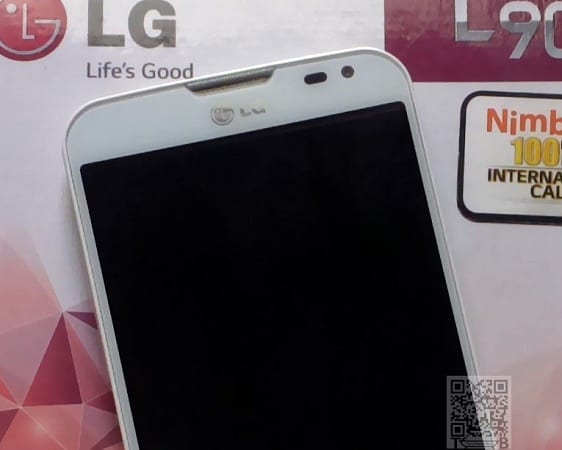 On the top of the display we have the prominent LG branding and just above it is the earpiece which comes with chrome finish. Next to it we have the front facing camera and the proximity sensor. Sadly the smartphone doesn’t come equipped with an LED notification light or an ambient light sensor. 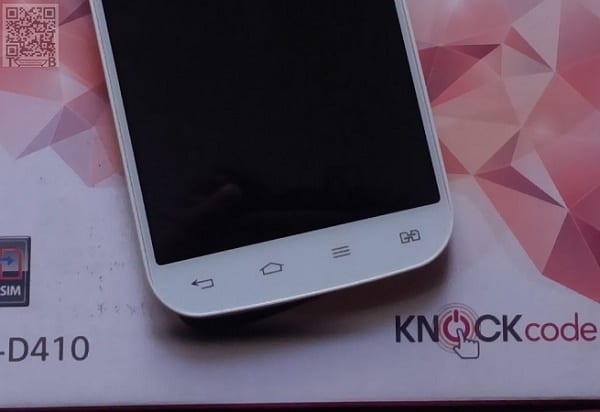 Just below the display users will find the capacitive touch button which include a Back, Home and Options button. The fourth button is a short to the dual-SIM settings options. Sadly all the button are not backlit which could be an issue for many users while trying to use your phone in darkness. 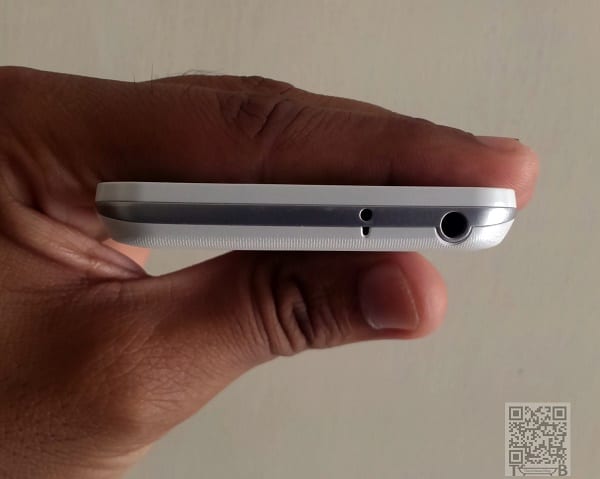 On the top of the LG L90 Dual, you can find the 3.5mm audio jack and a secondary microphone for noise cancellation. 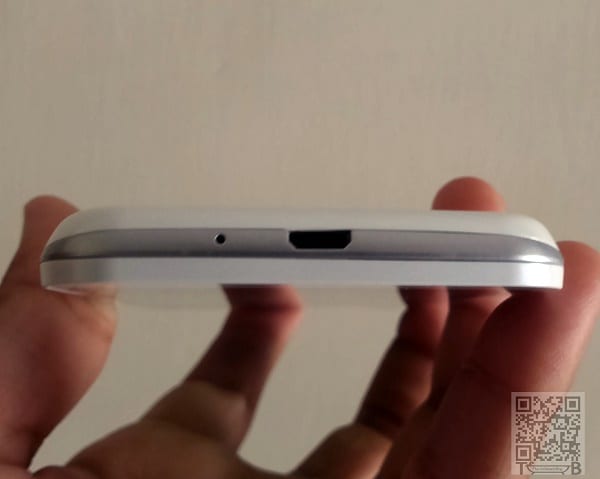 At the bottom of the device, we have the microUSB port and the microphone. 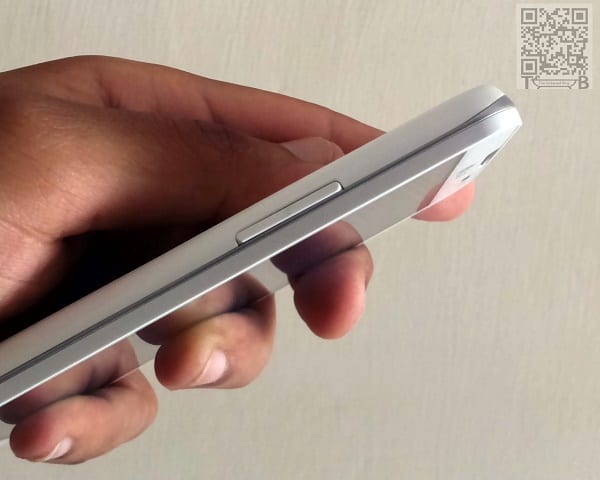 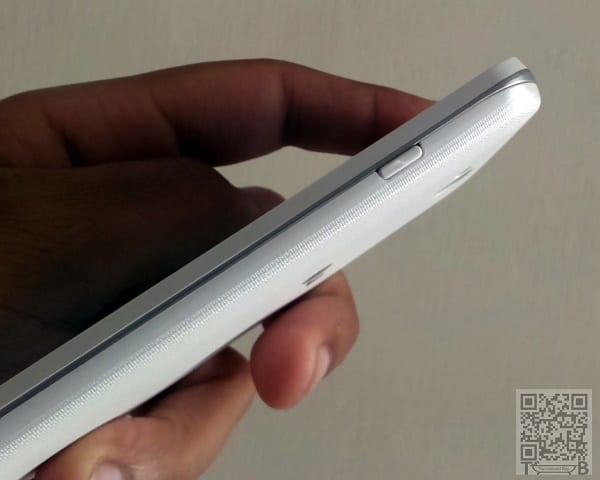 On the left side of the device, we have the volume rockers while on the right side of the LG L90 Dual, you will find the Power/Lock/Unlock button. 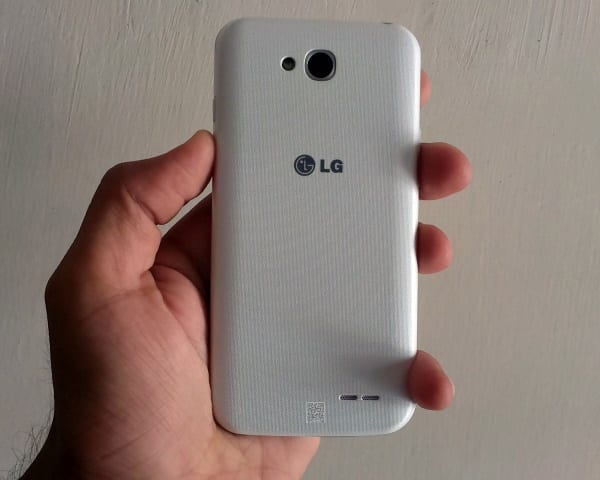 On the back of the device, we have the 8 MP primary camera with LED Flash with a LG branding just below it. And not to forget the mono speaker grill is at on the bottom right corner of the phone. The LG L90 Dual comes with a chrome lining which runs around the phone and gives it a premium feel and also makes the built feel solid.

The back cover of the smartphone is made up of plastic and comes with a textured matt finish which gives a nice grip which holding the phone. Underneath the cover we have the 2540 mAh removable battery and the dual Mini SIM slot apart from the microSD card slot.

The LG L90 Dual comes with a 4.7 inch IPS display with Corning Gorilla Glass 2 protection and has a display resolution of 960 x 540 pixels. The quality of the display is just fine and there are times when you can actually see each pixels which is not a great sight. Wish the phone at least had a HD display. The touch is responsive and the colour almost accurate. Overall the display is nothing to be proud of and can be adjusted to with time. 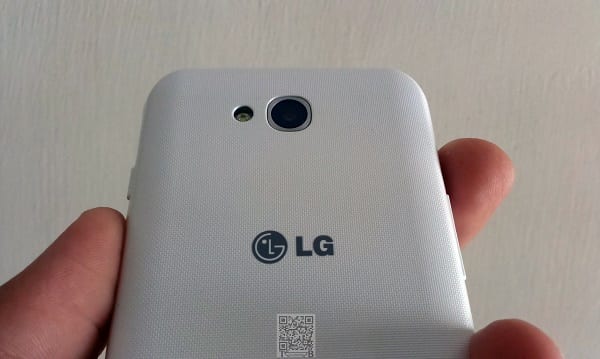 LG has been generous enough to include an 8MP camera with LED Flash on the LG L90 Dual and it takes some decent images. They are good enough to capture your real life happenings and something not extraordinary. The Macro or Manual focus to capture objects closely works well. And the flash complimenting the camera does its job well. There were times when the colours faded out or the image came out pixelated but other than that the camera is good enough.

User are given an option of taking images at various resolution and multiple editing options seen in the image about and the usual HDR, Panorama modes are also available. Even after zooming in to the fullest, the image didn’t get pixelated, which is something good. Check out the sample images below (Click image to enlarge). 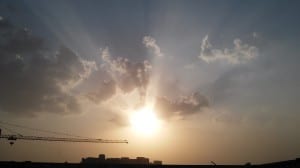 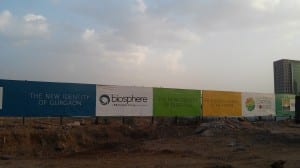 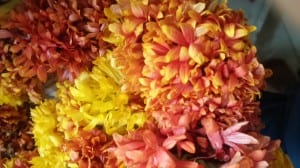 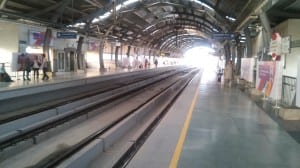 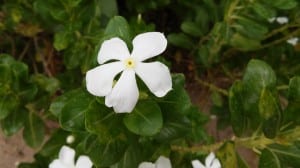 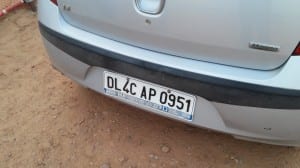 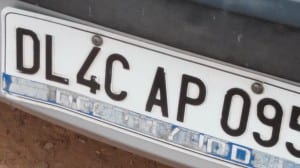 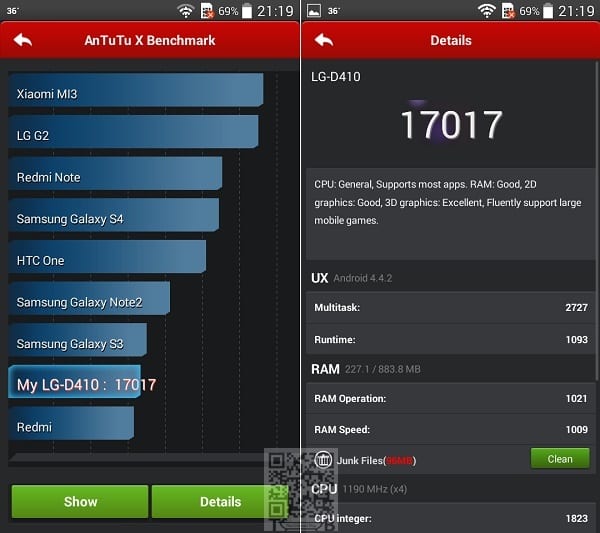 The LG L90 Dual is powered by a powerful 1.2 GHz quad core Snapdragon processor which is coupled with 1 GB RAM which make sure that the phone works smoothly and well it even does. Combine it with Android 4.4 and the phone is buttery smooth. We didn’t face much lag while using the phone and multitasking was brilliant. Game play was smooth and the phone scored 17,017 points on AnTuTu X Benchmark coming close behind the Galaxy S3. 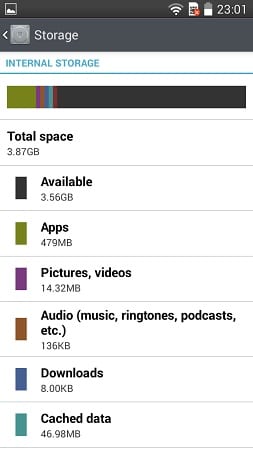 Thers is about 8 GB of internal storage on the LG L90 Dual of which sadly just about 4 GB is available to the end user. Most of the space is eaten up by the OS, customization and the multiple apps provided by LG. But most of them are also useful. User can use a microSD card slot to expand the memory which so they shouldn’t worry about how to carry large amount of data. 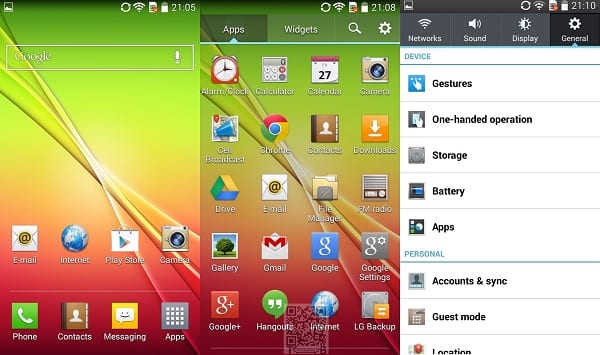 The LG L90 Dual runs on Android 4.4.2 KitKat OS out-of-the-box which is a great news for buyers and LG has its own custom skin called the LG Optimus UI 3.0 which is nice to use and provides multiple utility options to users like QuickMemo which lets you write and share a memo on any screen, QSlide which helps you multitask by viewing an app in a small window. 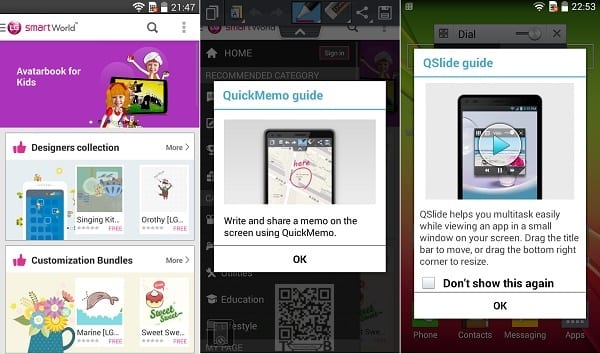 The company has included apps like LG Backup for taking backup, QuickRemote to use your phone as a remote using the in-built IR and the LG SmartWorld app which provides you loads of downloadable customization options like Keyboard theme, wallpaer and more.

One interesting feature that the LG L90 Dual comes with is the KnockCode which lets you unlock your LG smartphone with 2-8 custom set knocks in a 4 swaure box area. This is a pretty cool feature and also adds up as a security lock on your phone. The setting up of the KnockCode is a simple procedure and is explained in the images below (Click to enlarge). 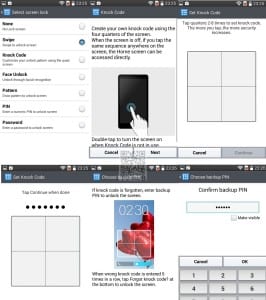 Overall the UI and performance of the OS on the LG L90 Dual is good and we have hardly anything to complain about. 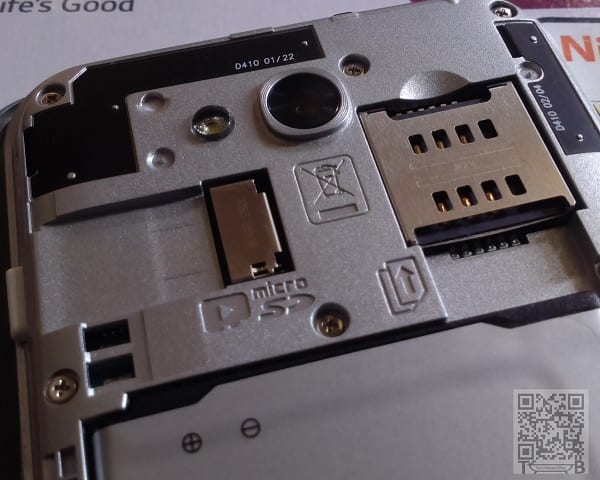 It is the time of dual-SIM smartphones and in a country like India, it has lately become a necessity for mobile companies to being along a dual-SIM smartphone and the LG L90 Dual is one such phone which comes with 2 Mini SIM slots wherein the SIM 1 is 2G and 3G capable while the SIM 2 is only 2G network capable. We didn’t face any issues with the device and the sound clarity was good enough.

Apart from this, the phone comes with Bluetooth, Wi-Fi, 3.5mm audio jack, GPS connectivity and even IR for remote control which is a little plus for the tablet as you can se your phone as a remote to control you TV, AC and more electronic appliances. 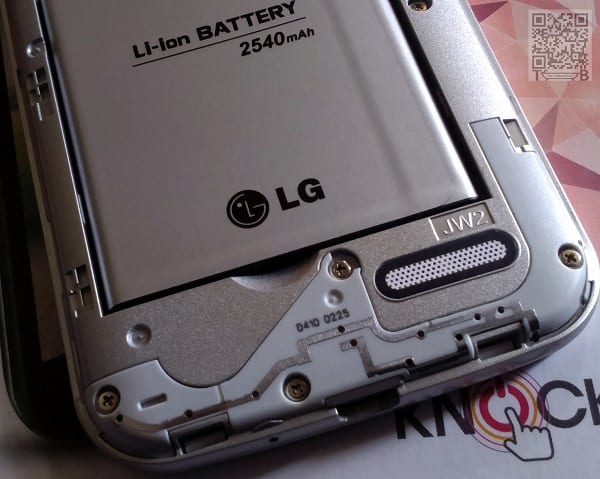 The battery backup on a smartphone has become a vital part which inclines users into buying a smartphone and the LG L90 Dual comes with a nice 2540 mAh battery which goes on to last quite long. Frankly, the phone lasted us for about 89 hours with good number of camera usage and Wi-Fi always on and social media usage but of course without SIM card. 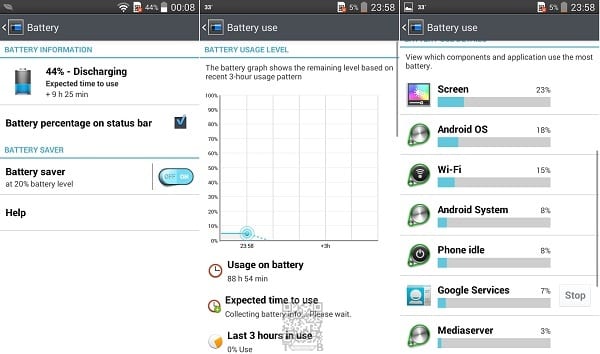 But coming to a hardcore usage, the phone lasted for about 19 hours for me until I had to search for the charger again, which is good. We loved the battery backup and hope that if you use it for long, it will last for at least 8-10 hours.

Overall for the MRP of Rs.19,000, the LG L90 Dual is a bit pricey but not a bad deal at all. But now that Chinese manufacturer Xiaomi has announced the launch of the Xiaomi Mi3 with flagship-like specifications, it will be tough for the device to hold up against the competition.