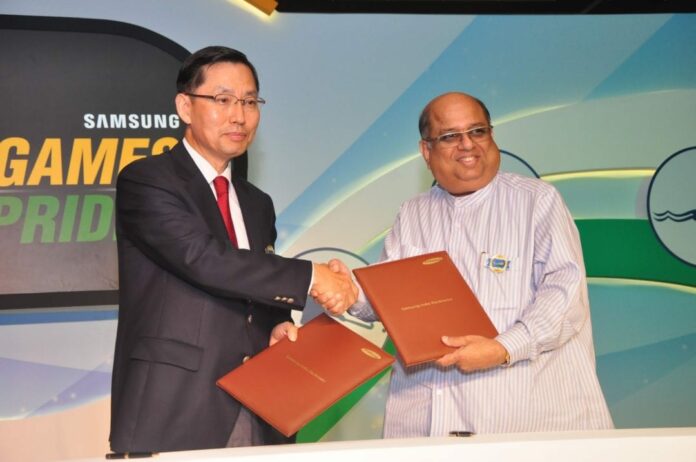 Samsung Electronics Co. Ltd, announced its ‘Samsung Sports Ratnas’ at the official send-off ceremony of Indian athletes for the 17th Asian Games. With ‘Our Games, Our Pride’ as the underlying theme, the Samsung Sports Ratna program will support 12 athletes who will be represent India across different sports disciplines at the Games scheduled to take place in Incheon, South Korea from 19 September to 4 October 2014. The Samsung Ratna program was instituted in 1998 for Olympics and Asian Games. 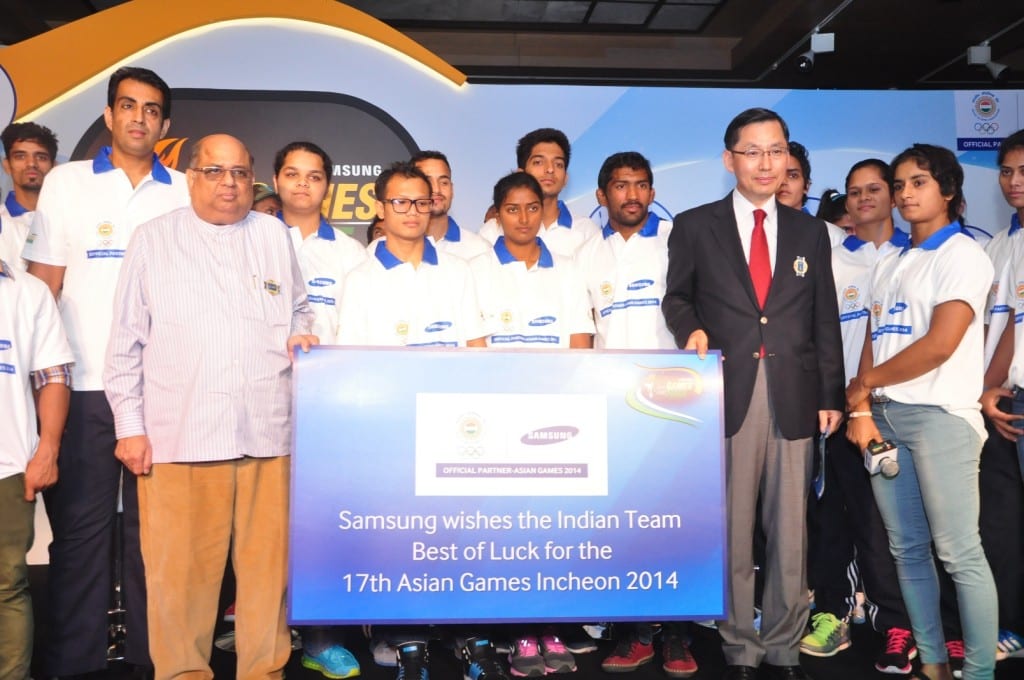 Speaking at the occasion, Mr. B. D. Park said: “The Samsung team is happy and proud to be the official partner – Asian Games 2014 for the Indian contingent. Like the people of India, at Samsung, sports hold a special place for us. We have had a longstanding association with major sporting events, including the Olympic and the Asian Games. In India, beyond consistently providing support for the Indian Contingent to the Asian Games and Olympics over the years, we instituted the Samsung Sports Ratna program with the objective of nurturing and developing Indian sporting talent. We strive to contribute to the rich sports culture of the country by identifying talent and providing them with opportunities to perform to their true potential. On behalf of the Samsung India team, we wish them the best and I am positive that Samsung Sport Ratnas will make India proud at the 2014 Incheon Asian Games.”

Speaking about Samsung’s continued support to sports in India, Mr. N. Ramachandran, President, Indian Olympic Association said, “We are delighted that Samsung has made a commitment to support the 17th Asian Games. We are extremely proud of our long standing association and are confident that Samsung support will further encourage athletes to deliver their best. Our teams have been training hard and we are hopeful of bringing back a richer medal tally from 2014 Incheon Asian Games.”

One of the company’s largest sports initiative, as part of the program, Samsung will support the select athletes with their training expenses while they prepare for the Asian Games and also reward the winning players. Consistent with the program values, these Sports Ratnas were selected not only for their sporting accomplishments, but also for dedication and commitment towards the games.