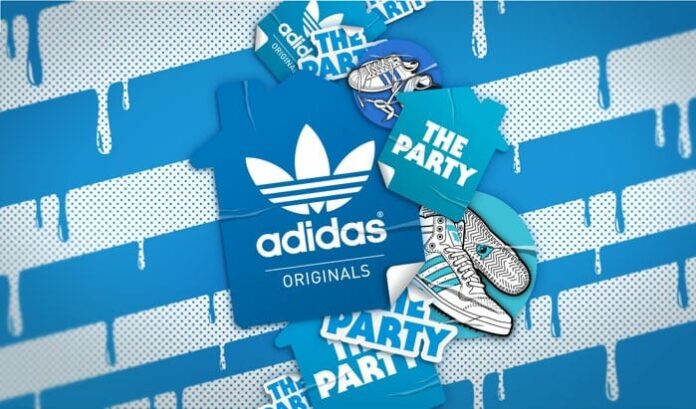 adidas Originals, represented by the iconic trefoil has always been the voice, soul and enthusiasm of the youth. In so many ways it reflects the originality, creativity and self expression

The brand has taken numerous initiatives to promote street culture across the globe. The vision behind such initiatives is to give recognition and celebrate the effervescent spirit of young minds. Various campaigns by adidas Originals aim to ignite creativity in youth and provide them a stage for their talent.

The work done by adidas Originals speaks consistently about what the brand stands for – to bring out the ‘Superstar’ in everyone. Maybe that is why adidas Originals has managed to win millions of young hearts with ‘House Party’, ‘All Day I Dream About Sneakers’ and other such campaigns.

In 2008 when the ‘House Party’ campaign was launched, celebrities like Katty Perry, Jeremy Scott, B.o.B and many others were a part of it. In 2012 “All Originals Represent” was introduced, featuring greats like Jeremy Scott, Nicki Minaj, 2NE1, Big Sean and Derrick Rose.
/> Like in other parts of the world, adidas Originals launched many campaigns in India to tap the nation’s youthful talent.

The ‘Think White’ campaign introduced a poster-making contest for Stan Smith, inspired by love for the color white. Directed at artists, designers and students, the campaign brought them a chance to create an iconic poster for the iconic pair of shoes.

The ‘adidas Originals Collision’ was launched in 2013 in major cities like Mumbai, Chennai, Bangalore and Delhi. The event aimed to take India’s street and hip-hop culture to the next level. It featured many events like b-boying battles, skateboarding, BMX, graffiti and other workshops.

Taking the brand’s legacy forward, is the latest campaign for Superstar – ‘All Superstars Unite’. Whatever their passion – EDM or graffiti, fashion or photography – enthusiasts will get a chance to inspire, interact and work with artists like Nucleya, Daku, Nida and Ronny. Aiming to provide budding talent with an opportunity to learn and grow, the campaign will also feature chosen participants and artists in the next Superstar video.

Globally, adidas Originals Superstar has a fan-following the likes of which include Will Ferrell, Rita Ora, Run DMC, LL Cool J, Jamie Foxx and others. Do you think this time India will fall for it too? I, for one, just might.
<br