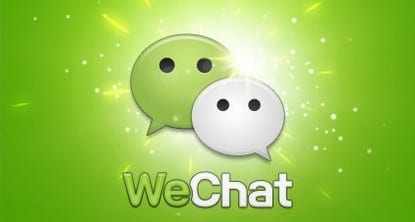 WeChat  has launched an all new game in the application – Thunder Raid. User now have the chance to experience firsthand what the latest in air combat feels like, anywhere, anytime, directly on your smartphone.

Thunder Raid is a thrilling vertical-scrolling shooter game with advanced cartoon-style graphics. The goal is to put an end to the opposing faction by shooting down enemy planes and dodging their numerous attacks to collect gold coins and jewels. But make sure to keep an eye out for the biggest obstacles in the game – all the evil sky bosses! With massive firing power, these bosses won’t go down without a tough fight. Destroy them to level up and enter into the high-scoring bonus mode.

A leader in mobile social gaming, WeChat brings an added social element to this top-tier title. Users can play co-op missions alongside their friends to give an extra boost to both the scores. Or get into the competitive spirit and challenge their WeChat friends. Users also have the option to invite and challenge their Facebook friends on Thunder Raid.

The best part is that one can customize one’s own battle equipment to outcompete their friends. Users can choose from a variety of different planes, pilots, attack modes and terrains.

Download WeChat and play Thunder Raid to pilot all these amazing planes and help win the battle! To download Thunder Raid on your Android and iOS click here.