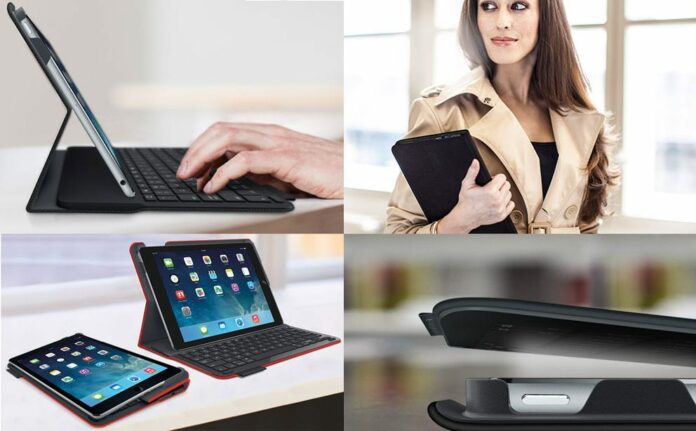 Logitech today announced the Logitech® Type+, a protective case with an integrated keyboard for the new iPad® Air 2.

The new Logitech Type+ takes the design of our most popular thin, light and two-sided protection that helps guard your iPad from the accidental bumps, scratches and spills. And now it features an improved Bluetooth® keyboard. We’ve designed the new keyboard to replicate the typing experience and layout you would have on your laptop – so now you can smoothly transition from one device to another one without losing speed or accuracy. This is made possible by optimizing the distance between its keys, and adding a dedicated row of iOS shortcuts that put navigation of your iPad at your fingertips without needing to reach out and touch your iPad’s screen.

The Logitech Type+ in Black is expected to be available in India starting December 2014 for a suggested retail price of Rs. 6,495/-.