Nimbuzz,  has announced the launch of a new call management platform, Holaa! completely developed in India by a team of 13 young developers.  Holaa! is a multi-faceted call management platform, with first of the features being identification of caller’s name, it also presents  the callers photo and location during an incoming call live. The app also helps block spam calls from pesky spammers or other unwanted callers. This is the first technology announcement from Nimbuzz following its recent acquisition by New Call Telecom, a fast growing International telecom company with a growing presence in India. The acquisition marks one of the first pure mobile Internet based successes out of India and signals the emergence of Internet technology based global consumer brands coming out of the country.

Holaa! allows users to search people’s names based on their phone numbers and alerts the registered user if the caller is marked as spam by other members of Holaa! community. It further helps users to enrich their phone book by allowing synchronization of Facebook and Google accounts into the phonebook at the same time visually enhancing it by fetching the latest photos. It keeps a tab whenever the user moves away from their home network and notifies if they wish to block calls from unknown numbers. The app regularly provides additional information about phone book contacts, which, the user can add to their directory by using the ‘Merge’ feature. Users can also share contact information for both phone book contacts and unknown contacts with their friends using a share option allowing the sharing of names, mobile numbers, photos and e-mail addresses.  Holaa! is currently available in English, French, Spanish, Arabic, Persian and Portuguese and will be available on Android devices immediately. 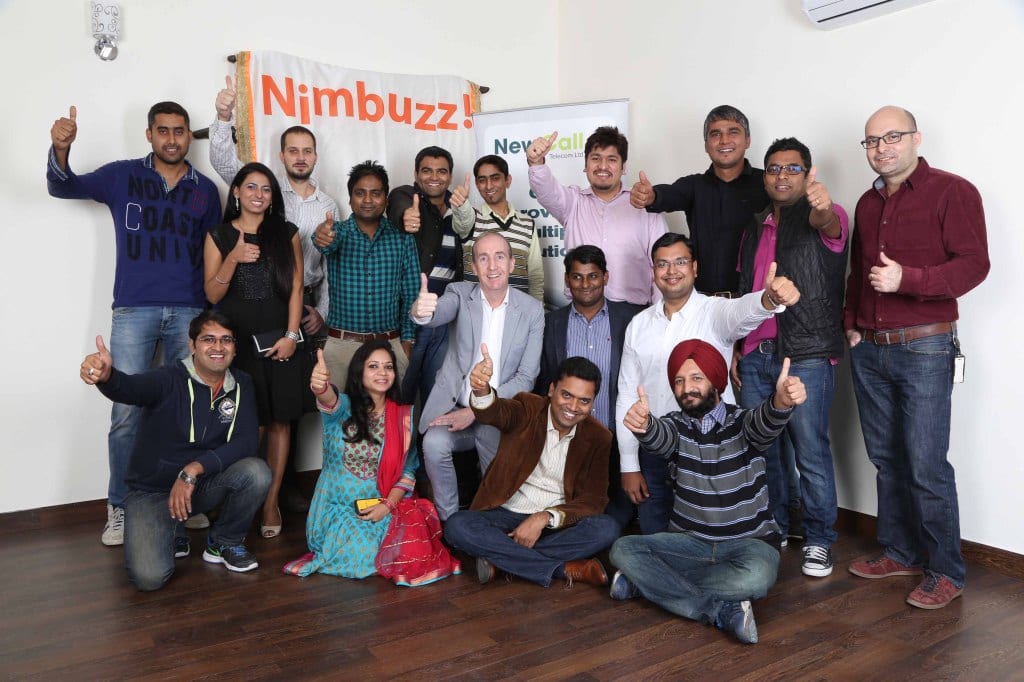 Announcing the launch, Nigel Eastwood, CEO, New Call Telecom, said, “With Nimbuzz becoming a part of the growing New Call International family, its innovative technologies will become a key part of our vision of an integrated ‘my digital life’ ecosystem. Nimbuzz’s significant loyal user-base allows for rapid adoption of new OTT/Apps relating to internet connectivity in India and eventually in other parts of the world. The Nimbuzz product roadmap fully embraces Mr Modi’s ‘Digital India’ agenda ”

Commenting on the launch, Vikas Saxena, CEO, Nimbuzz India said, “On an average, 4 out of 10 calls that a pre-paid mobile user receives are from unknown numbers while 1 out of these 4 unknown calls is a spam call. This makes it one of the mass market needs on smartphones today. Nimbuzz has always tried to address a mass market need, satisfying millions of users. With Nimbuzz we did it for chatting and free voip calls. We hope to do the same with Holaa for call management.”