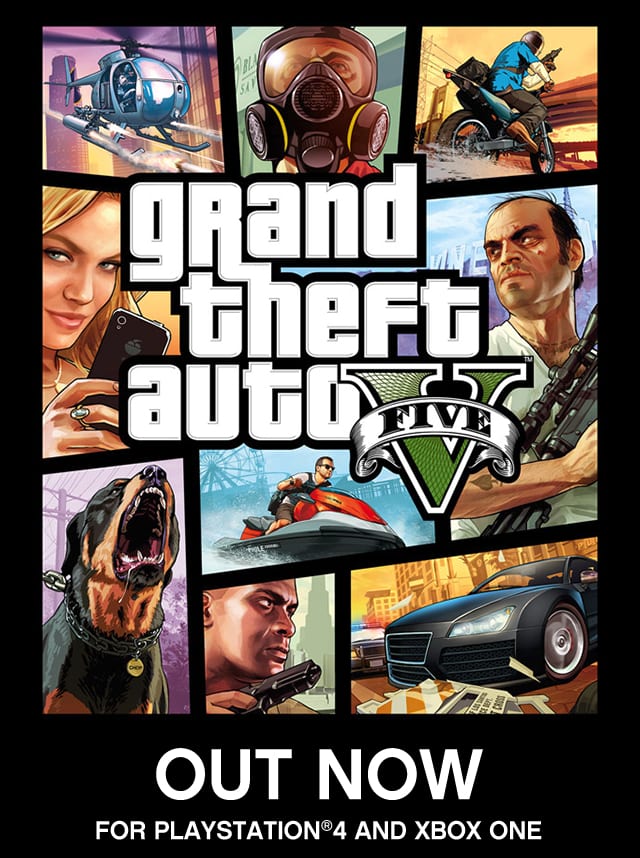 Grand Theft Auto V is now available for an entire new generation of players on PlayStation 4 and Xbox One.

Players visiting Los Santos and Blaine County on PS4 and Xbox One will experience the all-new First Person Mode, support for up to 30-players in GTA Online, as well as a vast range of major visual and technical upgrades including new weapons, vehicles and activities, wildlife, denser traffic, enhanced damage and weather effects, a tremendous soundtrack update with over 150 additional new songs and much more.

In addition to the increased player count, Grand Theft Auto Online also includes all the existing gameplay upgrades and Rockstar-created content released since its launch on PS3 and Xbox 360. Existing players can transfer their GTA Online characters and progression to their choice of PlayStation 4 or Xbox One, and also get access to exclusive new content in both GTAV and GTA Online. 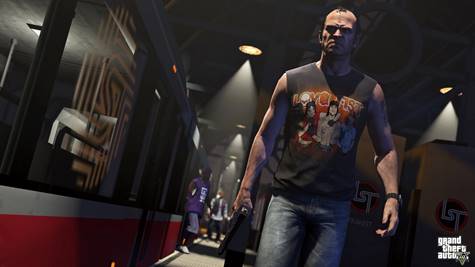