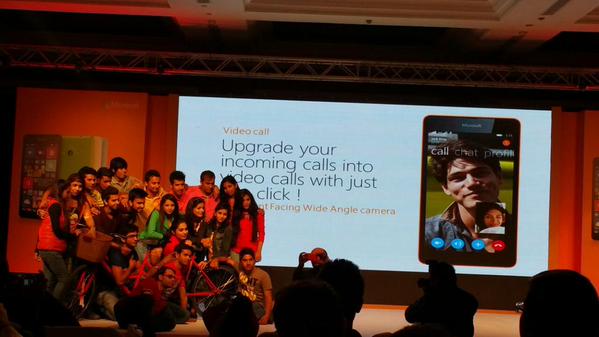 Moments ago, Microsoft launched its first smartphone sans Nokia branding – the Lumia 535, in India. The Lumia 535 will be available at Rs 9,199 with sales starting November 28. 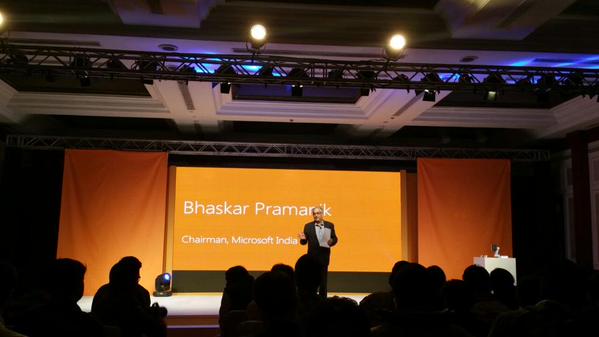 At first glance you can easily mistake a Lumia 535 with the Lumia 530 which was unveiled earlier this year. But as it is the first Lumia device to launch without the Nokia branding you can spot it.

What  Microsoft has added for more features is a 5MP front camera for selfies and Skype calls and an LED flash at the back to take low-light photos. You also get 1GB RAM a huge upgrade from the Lumia 530 which struggled to run heavy duty games. 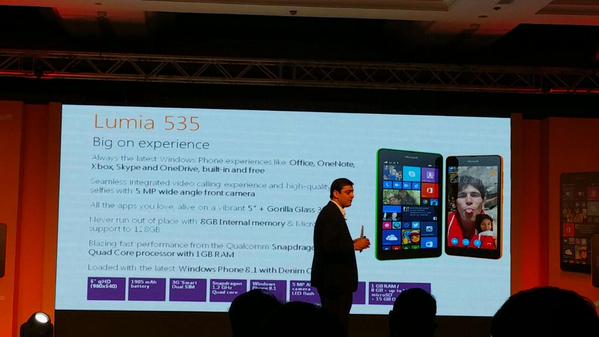 Moving on to the internals the Lumia 535 sports a 5-inch qHD (960x540p, 220ppi) IPS LCD display with Corning Gorilla Glass 3. Powered by a 1.2GHz Qualcomm Snapdragon 200 quad-core processor and 1GB RAM it comes with 8GB internal storage and supports microSD card slots of up to 128GB for expansion. The device has a 1905mAh battery.

Lumia 535 is a delight for #selfie fans with its 5MP front-facing camera. The primary camera on the device is a 5MP rear camera (1/4 inch sensor, f/2.4 aperture and 28mm focal length) with auto-focus and LED flash. It records video at 848x480p resolution.

The device has usual set of connectivity options –  3G, Wi-Fi, Bluetooth 4.0 and A-GPS. 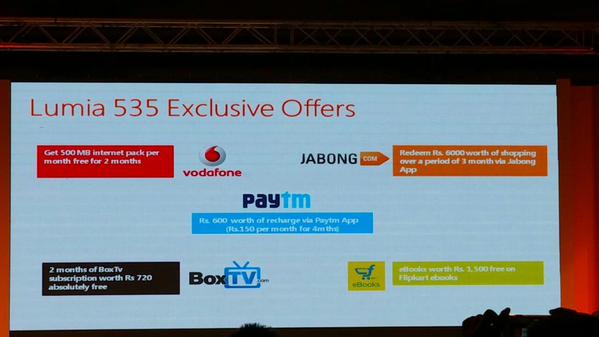