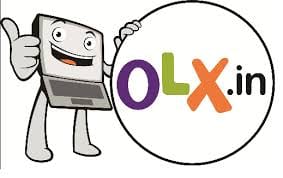 “Few Internet companies have experienced anything like OLX’s growth,” said OLX co-founder and Americas CEO Alec Oxenford. “Our success is clear evidence of the enormous opportunities for smart Internet companies in emerging markets. OLX recognized these opportunities early on and, as a result, we have successfully introduced the basic concepts of online classifieds, e-commerce, and the value of used goods to hundreds of millions of consumers in developing markets around the world.”

Mobile users have fueled a significant portion of OLX’s growth since its launch in 2006, particularly in major emerging markets like Brazil and India, where mobile adoption continues to swell. OLX invested early and heavily in mobile, building a highly rated app (4.2 stars in the Google Play store) and launching on all operating systems. The OLX mobile app has been downloaded over 35 million times worldwide and ranks as the #1 or #2 e-commerce app in the Google Play store in many markets.

As part of an ongoing initiative to transform OLX into the world’s largest consumer-to-consumer (C2C) marketplace, OLX’s parent company, Naspers, recently consolidated its online classified services in Switzerland, the Philippines, Thailand, Poland, Hungary, Bulgaria, Romania, Ukraine, Belarus, Kazakhstan and Indonesia, and re-branded them to OLX. In a late 2013 report, Morgan Stanley called OLX the “undisputed leader in India” and “market leader in Brazil,” adding that the company is “rapidly pulling away from the intense competition.”

Within the OLX portfolio of sites, OLX India has been a standout showing phenomenal growth and reinstating its position as the number one classifieds of India:

Said Amarjit Batra, CEO, OLX India, “OLX created the category of C2C trade in India and we feel extremely fortunate that in a short time of 3 years,  OLX has become a verb for ‘Selling’ with ‘OLX Pe Bech De’, ‘ OLX Kar Do’ and ‘OLX it’ being frequently used by Indians in their daily lingo. Though we are a global brand leader in 25 strong emerging markets and 3 out of 5 BRICI countries, OLX is a truly local brand of India, built by Indians and for Indians.”

“OLX India has also pioneered Mobile classifieds not only in India, but globally, and with 80% of our traffic now coming from mobile, we are on the verge of becoming a mobile only company. Our traffic has grown 150X to 1.5 Billion monthly Page Views in the last 3 1/2 years, and 90% of these are coming from our core C2C categories of Used Mobile & Electronics, Used Home and Household Goods, and Used Cars & Bikes. This would peg us at about 80% market share in the C2C trade in India,” said Amarjit Batra.

OLX.in has also garnered appreciation and recognition from the industry for being a trusted and popular brand. In the last few months OLX has won prestigious industry awards and accolades such as Pitch Top 50 Brands in India, India’s fifth most trusted online brand by Trust Research Advisory’s Brand Trust Report 2014, #2 ecommerce website in India by Surewaves Buzziest Brands 2014, and India’s second most searched shopping website by Google Zeitgeist 2013.