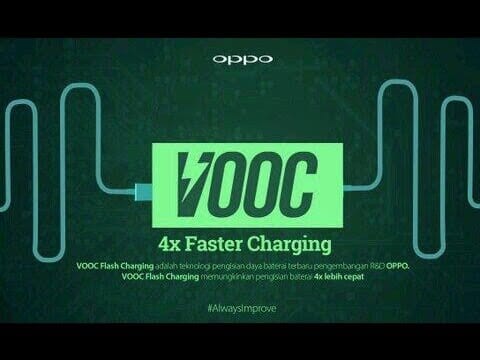 OPPO has designed and crafted an utterly-unique, rapid-charging technology, which is called “VOOC”. The VOOC mini rapid charger is capable of charging the phone’s battery from zero to 75% in only 30 minutes, which, coupled with useful accessories such as VOOC car charger and VOOC power bank, makes the R5 ready for a wide, wild world. Anytime, anywhere.

Leaping the Hurdles of Battery Limitations

We can all see that in recent years, smartphones have seen some amazing improvements in terms of screen resolution and CPUs which have grown from dual-core to quad-core and now, even octa-core. However, there had yet to be any major breakthroughs in smartphone battery technology and short battery life was always a crippling drawback of smartphones.

With no significant breakthrough in battery technology on the horizon, how could OPPO, as the industry challenger, break the limitations on smartphone battery life and bring to customers a wholly new battery experience? More importantly, OPPO try to figure out a new to bring this to consumers in a form that would be both cost-effective and convenient?

To address such a key issue within our industry, OPPO invested heavily in R&D and tried many different approaches to solve this classic problem.

Through all their efforts, they surprise us with the VOOC rapid charging technology. Imagine, while it takes a regular 1A or 1.2A battery charger on average three hours to reach a 3,000mAh full charge even in a best-case scenario, VOOC can and will boost the OPPO device’s battery life to 75% in only 30 minutes.

As VOOC is a thoroughly, independently developed rapid charging technology, OPPO has applied for 16 patents regarding its design and construction. In addition to having increased the charging speed by four times, VOOC also boasts an intelligent five-layer protection system and is arguably the fastest and safest mobile charging technology in the world.

VOOC: Their Challenge, Our Solution

OPPO’s VOOC rapid charging technology increases the current while the voltage remains the same in order to up the power used during the charging process (Power (P) = Voltage (U) x Current (I)), which in turn, decreases time needed to charge the device. Simple as it may sound, the OPPO R&D process needed to overcome the various challenges was complex.

Monitoring the battery voltage and the temperature in real-time is a must when applying a greater than normal current to the devices battery. In order to accurately and intelligently control the entire charging process, the VOOC has a micro-programmed control unit (MCU) integrated into the system. The MCU detects as to whether or not, the connected device supports VOOC rapid charging technology. If the device supports the rapid charging, the VOOC will use a greater current and if not, a weaker current will be used.

Charging a device using an increased current does not come without precautions that are needed to be taken. The VOOC features a five-layered protection system that allows for the device to charge in safe and efficient manner.

Unlike the first generation VOOC charger that was introduced along with the OPPO Find 7, the VOOC mini rapid charger has undergone some serious downsizing. Completely redesigning the power brick to half of the previous generation’s size, including a detachable USB cable and adding a charging indicator notification light, the VOOC charger is more portable than ever. The VOOC charging technology will be readily accessible no matter where you might be with the introduction of the VOOC power bank.

As the proud, new-generation flagship of the R series, the R5 is not only ultra-thin at just 4.85mm but boasts high-grade specifications such as a 64-bit Qualcomm Snapdragon octa-core processor and a 5.2 inch AMOLED screen with a 1080P resolution to deliver seamlessly vibrant performance. It also features OPPO’s unique PureImage 2.0+ and can take 50MP high-definition photos. What’s more, VOOC rapid charging technology brings the roundabout back to simplicity, and brings function back to form.