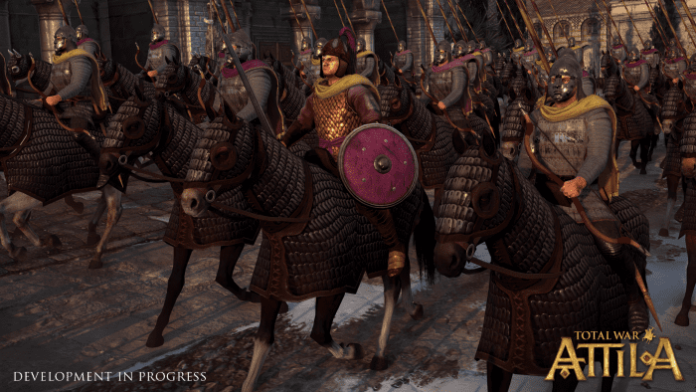 As long, bitter winters set in across Europe and crops wither in the field, the Gothic people find themselves at a turning point. Furthermore, their homelands to the west of the Black Sea lie directly in the path of Attila The Hun’s terrifying ambition. To survive, they must learn to live as wayfarers, ranging far afield in order to find a secure, more fertile home.

Highlighting the themes of climate change, famine, and the threat of Hunnic conquest which drive mass migrations in Total War: ATTILA, this latest cinematic trailer presents a bleak vision of life at the dawn of the Dark Ages. As they approach the borders of Rome, the Goths realise their future hangs in the balance: the rider of the black horse has the power to decide their fate.

To survive in this world of turmoil and strife, certain factions have adopted a migratory lifestyle, characterised in Total War: ATTILA’s new horde mechanics. Unlike traditional Total War factions, whose development relies on static towns and cities, these migrating hordes are free to rove the map and pitch their tents where they will. Hordes represent the military might of an army combined with the economic, production and recruitment potential of a settlement, and offer players the first truly nomadic experience in Total War history.

For more detail on hordes and the mechanics of migration in Total War: ATTILA, watch the new spotlight video here-