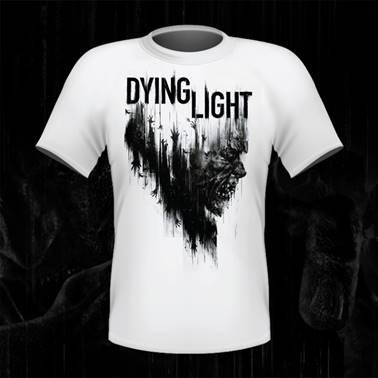 Games The Shop has announced pre-order bonus for Dying Light. Gamers who pre-order the game will get an exclusive Dying Light T-shirt. The T-shirt will be only available till stocks last.

For those who don’t know, Dying Light is a first-person, action survival horror game set in a vast and dangerous open world. During the day, players traverse an expansive urban environment overrun by a vicious outbreak, scavenging the world for supplies and crafting weapons to defend against the growing infected population. At night, the hunter becomes the hunted, as the infected become aggressive and more dangerous. Most frightening are the predators which only appear after sundown. Players must use everything in their power to survive until the morning’s first light Along with the T-shirt, all pre-orders will also get 3 DLC packs. Gamers will get the following DLC packs:

Dying Light will release on 27th February, 2015 for PlayStation 4, Xbox One and PC.