Huawei technologies, the leading global ICT company completed 15 years of successful operations in India today. In a way of thanking its customers for the continued support, Huawei India today launched an exciting online offer for Huawei fans where 15 lucky people could win Honor Holly every hour between 10 AM to 2 PM over 2 days. The campaign has received overwhelming response with a traffic estimate of around 2100 visitors per minute on the campaign page. 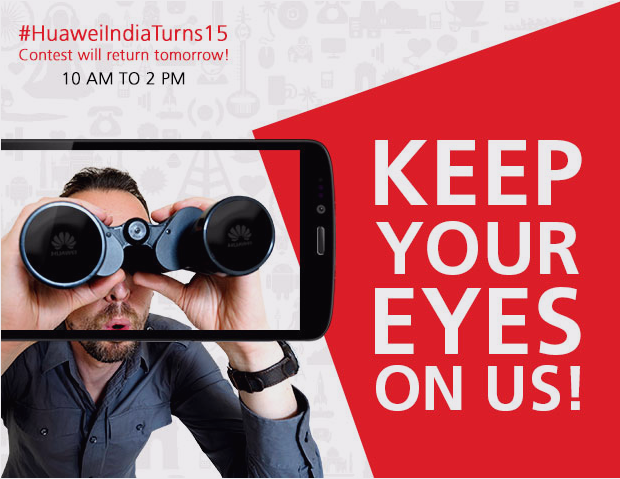 Enthralled by the idea of winning of the Honor Holly, excited visitors swarmed the campaign page causing the page to crash. In the very first day of the campaign, there have been over 20000 complete contest registrations in just 4 hours. Elated by the response of the users, Mr. Allen Wang, President, Consumer Device Business Groupat Huawei stated “We are excited to complete 15 successful years in India and it would not have been possible without the trust that our consumers have in us. It gives me immense pleasure to see the response of the consumers towards this campaign. With your continued support, our business in India is sure to scale new heights.

Loaded with best available features and affordably priced, the Honor Holly is one of the more sought after smartphones. It is available exclusively on the Flipkart marketplace and is priced at a reasonable 6999, which is a steal for the features it offers. Huawei would be giving out 15 Honor Hollys every hour to lucky winners which is a total of 120 smart phones over 5th and 6th of February between 10 AM and 2 PM. Winners would be announced at the end of both days. To register to the contest you could visit www.huaweidevice.co.in