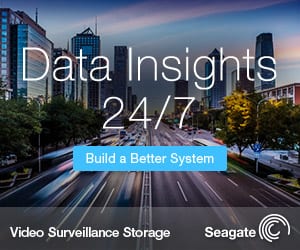 Having spent a good amount of my life in England, I’d always admired how the country was always under surveillance. Be it a traffic signal, an alley or a fuel station, it always gave me (a lone Indian student back then) a sense of security. And that’s one of the reasons you won’t spot a cop standing at every nook and corner in developed countries. Because they don’t have to! They are always watching you and as a citizen you are always under surveillance. And how I wished we had the same sense of security in India, the same sense of being protected by the hi-tech law.

Not only surveillance helps in making a good citizen feel secure, it also makes the bad one go weak in the knees knowing there are cameras around them. This in turn helps curb crime and makes it a win-win situation for all – Citizens, Cops, Government.

But the way technology is progressing we have to keep a check on how we can enhance surveillance methods. Things have changed quiet a lot, now there is theft of data (through personalised belongings like smartphones and tablets), the goons have swift moves and rides, the crime rates are soaring and also the law breakers are making full proof plans. Citing all this the need for even more efficient surveillance systems is the need of the hour. And a good surveillance system just doesn’t mean installing the best of Infra-Red Night Vision HD cameras, in fact the most important part of the surveillance system is again the word ‘Data’.

For example, an ATM robbery takes place and the camera is capturing everything but all of a sudden the HDD it’s recording on crashes or reboots. All gone? Well you can’t let then happen, can you?

Henceforth, with the best of cameras, it is even more important to have the right data drives to back up and record the data on. And this how my research for the best media back up device for the surveillance systems started. Till last year, I was relying on limited memory card memory for backing up my home security video camera footage, but an unfortunate event made me rethink and invest in a better setup.

As they say precaution is better than cure, even though I learnt it the hard way but still I don’t want anything major to happen at my premises. So I got Seagate surveillance HDD setup for backing up all the data without the worry of losing it or running out of memory.

As a citizen of the Gen X, I’d recommend each one of you to have surveillance system in place to keep your family and property safe. In fact, I personally thank Barack Obama for coming to Delhi as because of him we had quite a few places covered by cameras in the city. And lastly, I hope the new chief minister of Delhi, Mr Kejriwal lives up to his promises and installs the CCTV’s all over the city soon. Mr. Kejriwal, please do have a look at the Segate surveillance drives for the setup as its very critical J