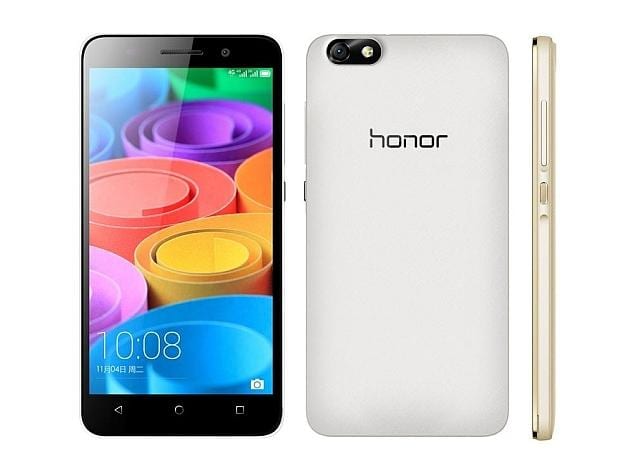 Honor, Huawei’s Smartphone e-brand for digital natives, which officially went on sale on flipkart.com at 2 p.m. today, with the launch of Honor 4X through flipkart.com, received an overwhelming response and all Honor 4X units were sold out within a minute of the flash sale.

The company took registrations for Honor 4X, which is priced at INR 10,499, which started at 4:00 pm on March 24, 2015 and lasted till midnight of March 29, 2015.  The Honor 4X smartphone was sold only to those consumers who had successfully completed the registration.

Further, Honor selected winners from the successfully completed pre-orders through hihonor.in, and offered to them a limited addition bundle along with the phone at Re 1 only. Limited edition Honor 4X pack included a 3000mAh power bank, premium engine headphone and colorful back cover. The company also gave the consumers app gifts valued upto 14000 INR which included coupons from Freecharge, Coupon Duniya, Yatra.com and  music streaming from Hungama. Commenting on this, Mr. Allen Wang, President of Consumer Business Group, Huawei India said, “We are overwhelmed with the response we have received for our Honor 4X. smartphone. Being sold within a minute of the flash sale showcases that Honor brand connects very well with the youth, basis the unmatched value Honor offers of latest technology, design and features. We are excited to partner with Flipkart.com once again for Honor 4X and see this as a great opportunity to provide customers with a very promising product.”

Honor 4X, world’s best dual-sim 4G camera phone, is powered by a 64 bit Snapdragon 410 MSM8916 1.2Ghz Quad-core CPU with A53 architecture. The phone is equipped with a 13MP rear camera and 5MP Front camera and is backed by a powerful 3000mAh battery which lasts for approximately 72 hours. Honor 4X offers a 5.5 inch 720p HD screen. With IPS fit-to-screen and OTP single-screen calibration the phone can achieve high-definition image color rendering facilitating practical 3D game switching and stable HD movie viewing. It runs on Android 4.4 (Kitkat) with EMUI 3.0 on top, this system offers a more intuitive, simple, clear and stylish design. The phone supports 150Mbps super-fast connection of 4G network and is more than 7 times faster than the speed in 3G network. Other than this, the phone has 12bit ADC high-precision gravity sensor, Bluetooth 4.0, light sensor, proximity sensor, compass, FM radio and WiFi Direct Connect making one of the most powerful smartphones in this price segment.

The registration for next flash sale begins on 30th March at 18:00 hours and lasts till April 5th, 23:59 hours. The phone will be available for sale on Monday, 6th April at 2pm.

Honor 6 Plus will officially go on sale later in April, 2015.