The Unbiased Blog
Home News Tech Honor to launch the much awaited Honor 6 plus and other products... 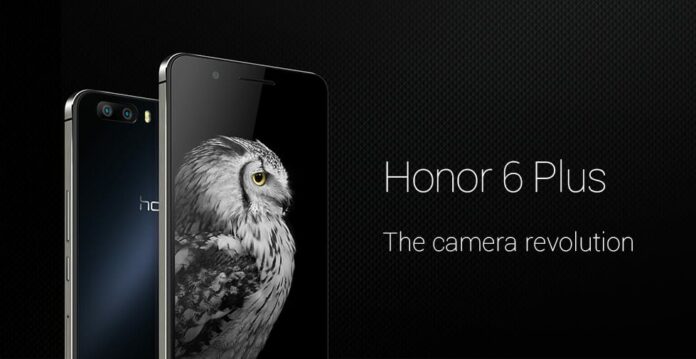 Honor has shared ambitious plans for the Indian market at the sidelines of the Mobile World Congress in Barcelona. The company also displayed some of the breakthrough products at the congress for media to firsthand experience which includes the soon to be launch Honor 6 plus.

Honor rides for the brave. For the ones who dare to dream and follow their passion to achieve something. Honor smartphones are meant to highlight the courage and risk taking capability of an individual. The products reflect company’s commitment to provide tough and sturdy smartphones for better user experience.

Honor products were launched in October 2014 with Flipkart.com in India and have received overwhelming response from the customers. Customers from across sections have testified Honor products as the best-in line products with great value proposition. The success of Honor products like Honor 3C and Honor 6 has reinforced the company’s commitment. The focus will be on emerging markets with India as a priority market for Honor.  The company has already launched across 57 global markets only in 6 months. Addressing the Indian media delegate at the MWC, Mr. Dragon Yin – President of  Honor International Business , said “Honor was launched last year in Western Europe and the success in these markets has made us optimistic. We have already entered 57 global markets only in 6 months and plan to invest considerably to develop global markets and India as these are very important market for us.”

In 2014 Honor clocked 20 million units which was approximately 1.5 units sold every second of sales The brand targets the youth, the digital natives and people who seek the best in class technology. The company has put in concerted efforts towards understanding the best and exclusive marketing model for each of its focus markets, so that it could best cater to the customers in these markets. The company is also looking to launch a slew of technologically advanced 4G products in addition to the honor 6 plus.

Talking about their plans for the India market Mr.Yin added, “With the launch of 4G in India, we are sure that we will be able to increase our market share by introducing affordable 4G smart phones in India. Our differential lies in our quality, our ability to innovate and each of our products is a result of extensive research and development. We are expecting that the Honor6 plus to take the market by storm.”

The company also introduced the new CEO of Honor, Mr. Zhao Ming at the event. Prior to his appointment as the CEO of Honor, Zhao Ming was the Vice President of Huawei’s Western Europe Region.

Honor would be officially launching the honor 6 plus in India in late March along with other products. The Honor 6 plus will be the first ever smartphone in Indian market with bionic parallel dual lens.