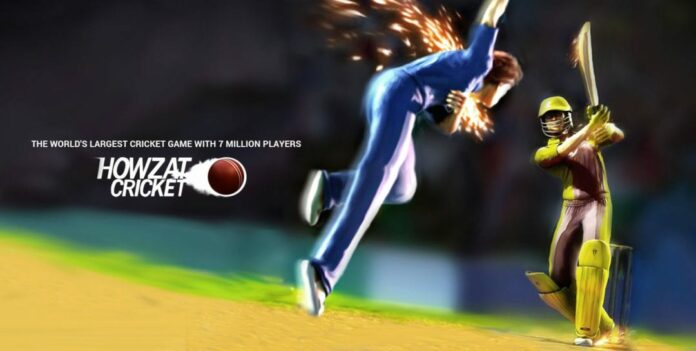 The ICC World Cup 2015 has the nation waiting to catch all the action live. Junglee Games takes the excitement a notch higher! The leading game development company has launched the HowZat Cricket version 2.0 on the 5th of March, 2015. One of the most popular games on Facebook, the app lets you select your favourite team from the 14 top class contenders and indulge your passion for the game in Single Challenge, Multiplayer Battles or invite friends to take up the Friendly Challenge. The app’s new version promises extra thrill with varied ways to time and handle your power strokes, new cricketing gear, leaderboards and Glory Points so you can win huge amounts of cash with every game!

Built from the ground-up, the new version has a redefined UI with a Win Prizes section which lets players compete with each other to win prizes throughout the ICC World Cup 2015. The slick, fast and adrenaline-pumping game enables gamers to be the star player plus captain and bag all 3 stars in the Single Challenge mode to improve player stats and earn extra cash as you complete each level. The Multiplayer Battles let you test your skills through the Knockout and Hot Chase tournaments wherein you can try 22 different shots in 5 overs maximum with varying pace and spin and the right placement and timing to hit those soaring sixes.

Don’t wish to play alone? Get your Facebook friends to compete in the Friendly Challenge mode while using added features like shopping for a new bat, pads, helmet, gloves etc. to sharpen your power and control. The Glory Points and Leaderboard warrant a revisit to the game for a reward, that helps score more in challenges and win big Cash prizes, Coins and Power Upslike Guaranteed Six. Check on the Weekly Glory Tab to know your position against other players in India and all over the world.

Satya Mahapatra – CMO, Junglee Games, commented, “The app is specially-designed for cricket-fanatics and we couldn’t think of a better occasion for the launch of its new version than ICC Cricket World Cup 2015. The new version has gone live on the 5th of March, 2015. HowZat already boasts of over 5 lakh matches being played on a daily basis, making it the leading game in the sports category. We are sure of garnering more appeal with the prevailing cricketing spirit taking the nation in its grip.”

Unveiling cutting-edge features, the advanced HowZat Cricket application by Junglee Games will augment the gaming experience of cricket buffs like never before. For all those cricket-lovers waiting eagerly for the upcoming World Cup, here’s your chance to be part of cricketing glory of your own and engage in some thrilling gameplay with HowZat Cricket.