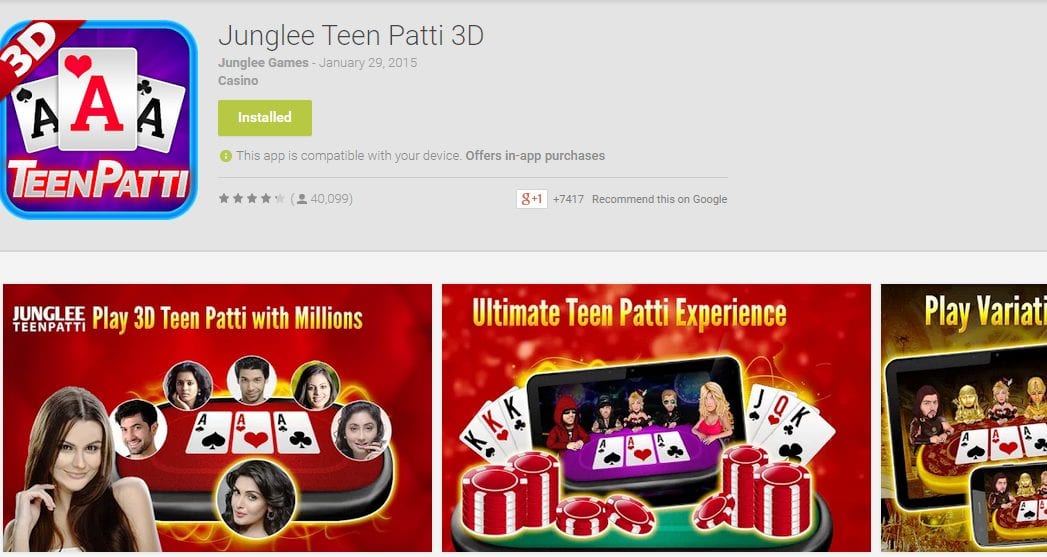 There’s no greater religion in India than the love for Cricket! And if you’re smitten by the World Cup bug too, here’s your chance to lay hands on Indian team tees. Play Junglee Teenpatti and win free merchandise to support our team as it makes its way into the quarter finals. What could be more thrilling than watching the match while wearing the jersey your team is wearing! In the spirit of sports, play Junglee Teenpatti and earn your right to be a true blue supporter of the Indian team! Users can join the contest on and between dates 16th to 19th March 2015 and stand a chance to taste the feel of cricket jersey.

Satya Mahapatra – CMO, Junglee Games, commented, “Cricket World Cup being the biggest celebration for the enthusiasts, we are elated to bring a real cricket fan’s delight. As, we make it to the quarter finals, our users can avail this opportunity to stand a chance to win the world cup tee and cheer for the nation to win. We at Junglee Games constantly engage with numerous activities to reward our users and are hopeful that this initiative will add to the enjoyment while playing Junglee Teenpatti and watching cricket.”

The Teenpatti app first released for Android platform has gained the top spot in the card games category in the first week itself. Junglee Teenpatti 3D for Android devices has been downloaded over 1 Million times and approximately 1 lakh players play it every day. Now also launched for the iOS platform, you can find Junglee Teenpatti in the Top Free Games under Casino Games.

Download and play Junglee Teen Patti anytime, anywhere for FREE. To download the king of all card games, the user simply needs to SMS ‘Teenpatti’ to 56161.