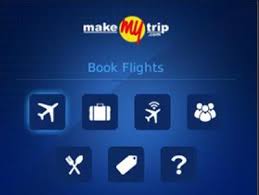 MakeMyTrip Limited has announced that it has acquired certain assets of Mygola.com and the entire Mygola team have joined the MakeMyTrip family to focus on cutting-edge innovation in online travel. This acquisition is done through our earlier announced Innovation Fund which is formed to invest in start-up or early-stage companies in the travel technology space.

“Mygola team’s deep understanding of travelers’ planning and in-destination experience preferences will be very valuable in strengthening  our proposition in these and related areas of customer engagement.”said Rajesh Magow, Co-Founder & CEO – MakeMyTrip India. “We were very impressed with their ability to build world-class experiences on both web and mobile for the global audience”.

Anshuman Bapna, CEO of Mygola says: “We’ve always taken pride in being laser-focused on the traveller’s needs and rethinking online travel planning. MakeMyTrip is the leader in one of the world’s most exciting travel markets, and the team is super-excited to bring all this knowledge to the millions of MakeMyTrip travellers”.

Founded in 2009 by Anshuman Bapna and Prateek Sharma, Mygola raised capital from Helion Ventures, Blumberg Capital, 500Startups and numerous angels. The company built a website (mygola.com) that covers more than 20,000 destinations worldwide, sees half a million organic visitors a month and was nominated twice for the Top Innovator at PhoCusWright. Mygola’s iOS app was picked up by Apple as a “Best new app”. The company built proprietary technology to mine the travel web, filed patents on route optimization, and collected deep metadata for millions of travel items and thousands of high-quality itineraries. It also pioneered a unique crowdsourced model for curating travel data at massive scale.

Deep Kalra, Group CEO says: “I’ve known the Mygola team for over 4 years now and they have fantastic product expertise, especially in the mobile space. We look forward to their energy and enthusiasm as they join this exciting ride. “