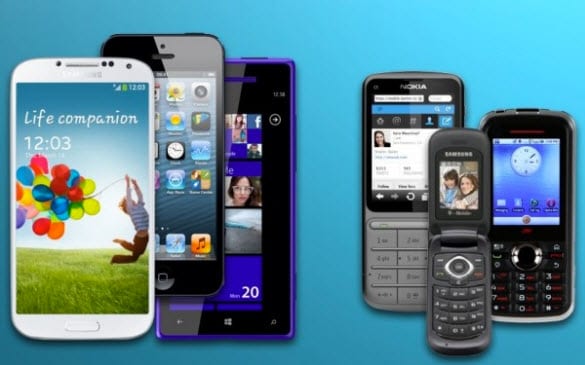 For a feature phone user, to start to using a smartphone is like going to a new country or the first day in college. You have done it all, seen it all but still you are a tourist/a fresher. Just like a newbie, you need time to explore and learn new things that you see and experience. But the first step is to take that step towards that new thing, be open to learn and live the experience.

For someone like me, a new day means a new gadget to play with. But as that’s not the case with most, I’d like to talk about the likes of my parents and similar aged folks. For them, a mobile phone is necessity for the purpose it was built for – make calls, send texts on the move. That’s about it! Hence for them it doesn’t matter if its a dumb phone (feature phone) or a smartphone. They don’t care about the apps, the social media platforms or if it can make click better selfies. But being a tech journalist, I always wanted my parents to upgrade to a smartphone from their ageing Nokia devices. I wanted them to experience the finer things in life, feel smarter and stay updated. But trying to convince them was like talking to a priest/baba who has all the gyaan and starts sharing 101 reasons why not to use a smartphone 😉

In fact, sometimes I used to get worried that I met switch back to my Motorola Razr or Nokia N-Gage (Not QD) listening to their gyaan. My dad’s reasoning started from how we need to upgrade smartphones every year; the pathetic battery life; how we become slaves of it; and the best one – I’ve an iPad for checking my mails, watching classics on YouTube so let my phone do what it is supposed to do. But I never gave up, I (ok tried to give) both my parents a smartphone last year. I gave my dad my iPhone 4s and mom my iPhone 4 as these devices were just sitting in the drawer since I moved to the 5s. I decided to give them an iPhone as they were used to doing the usual tasks on the iPad. But it turned out to be completely the opposite, they hated the devices from the word go!

Few things my parent pointed out that made me take both my iPhone’s back myself! My parents asked:

They went on and on and I realised how impossible it is to convince them to switch to a smartphone. I took both the phones back and accepted that I was really trying to make their life’s miserable than making it better or simpler. But after that incident, I started to feel defeated as a tech journalist. I couldn’t come to the fact that I could convince all my readers, friends, family (including uncles and aunts), co-workers but not my own parents.

I tried again, I told my parents that giving you guys an iPhone was probably a bad idea due its closed architecture and platform frills. I explained how Android is much suited for someone moving from a Nokia device for its ease of use and openness. And that’s the reason I use all the platforms ranging from Android, BBOS, Firefox OS, iOS, WebOS to a WindowsPhone10 developer edition.

I had a bunch of Android phones with me that I wanted them to try but it was straight face NO from them. My plea was rejected as my parents didn’t want me to give them my phones. They said don’t waste your money on us, and if you don’t want the phones that you have, then sell them. I felt bad and helpless, I ended up ordering an Android phone for my mom as I believed they would not take the phone’s that I’ve. Well I was completely wrong again, my impulsive action made my mom feel worse. She said, she could have used the Android devices that I have if she wanted to and there was no reason whatsoever to spend on a smartphone. That was it! It’s been almost 3 months since my mother has been using a smartphone, but I didn’t even try it with my dad.

I am well aware that he wouldn’t accept a smartphone from me, whether I give him a new smartphone that’s in my closet or buy a new one from the market. According to him, he will buy one soon but on his own (only consulting with me for which one to go for) but he will go to a store or order online himself when he is convinced himself.

But as luck would have it! My dad recently accepted a smartphone from me and that too a latest one he was planning to buy. For both my dad and me, it’s was a miracle.  For me because it was sent to me from Motorola India as an initiative to start making people use a smartphone and my dad couldn’t say no to it. And for my dad because, he showed me his Flipkart wishlist and a Motorola Moto E was right there (waiting for my dad to be convinced).

We both had teary eyes and he couldn’t thank me and Motorola India enough for the surprise. In fact he is so elated that he decide to thank Motorola India on video. And he also promised to share his experience of using the Moto E after a month or so 🙂

In the end, I’d like to thank Motorola for #ChooseToStart campaign. My dad finally started using a smartphone!