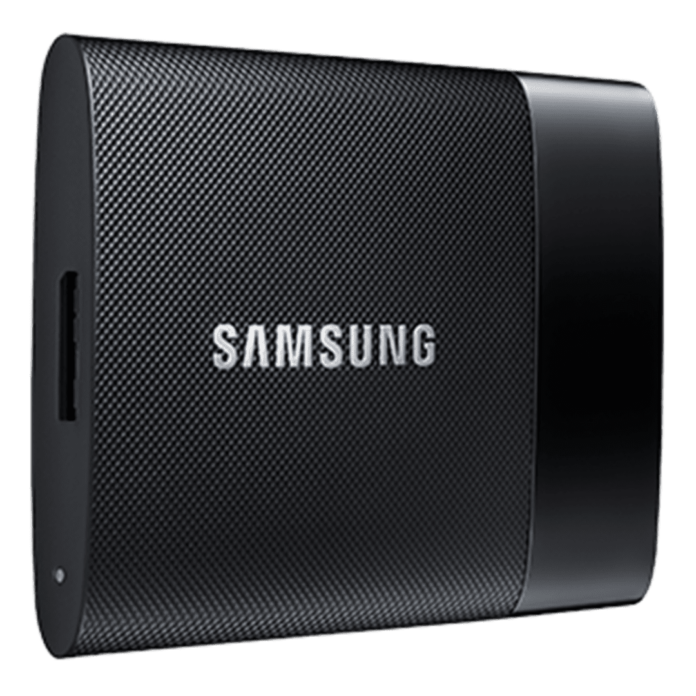 Samsung Electronics has unveiled the Samsung Portable SSD T1, a stylish, external portable solid state drive (SSD) that represents a new standard of storage for today’s digital life. Designed for speed and security along with style, the Portable SSD T1 is ideal for business travellers, creative professionals and content creators with a need for secure local storage they can take on-the-go and use to quickly transfer large amounts of data.

The benefit of the new Portable SSD T1 over regular hard drives is the amount of time that users save in copying or accessing their data. Thanks to having no moving parts, the T1 gives speeds between three times to seven times as fast as an external hard drive (HDD). The write speed is as responsive as an internal SSD and up to 100 times faster than an external hard disk drive. For users of heavy files like video, this can help in increasing productivity significantly. The new portable SSDs would enrich the lives of consumers as well as enterprises from different walks of life including gamers, media, movie production, architects, and designers among others.

The security features of the drive also make it among the safest in the world. With 256 bit hardware encryption, the TI is safer than keeping your money in a bank.

“We live in a digital age and with the proliferation of smart devices, the need for storage is on a rapid rise. We needed to think beyond the existing storage options and provide our consumers with mobility, capacity and security of performance. The Samsung SSD T1 helps users manage their data on the go, offering faster speeds and saving precious time of the users” said Mr Anuj Jain, Senior Vice President, Enterprise Business, Samsung India Electronics Ltd. With its intuitive user interface, the Samsung Portable SSD T1 is easy to set up and protect, so professionals can be assured that their original work will not fall into the wrong hands or get lost due to design, durability or reliability concerns. With just one user-set password, the drive is safe from unwanted access thanks to AES 256-bit hardware encryption. Unlike an external HDD, the Portable SSD T1 has no moving parts, so it can withstand bumps and drops and users do not need to worry about the wear and tear of moving parts that can result in lost or corrupted data. It is shock resistant up to 1500G/0.5ms and features Dynamic Thermal Guard, which will activate in extreme temperature conditions to protect the drive and any stored data – so users can rest easy knowing the drive can withstand even the toughest elements.

Samsung’s innovative 3D V-NAND technology helps the T1 store more in a smaller form factor. The flash memory is fabricated using an innovative vertical design. Its vertical architecture stacks 32 cell layers on top of one another rather than trying to decrease the cells’ length and width to fit today’s ever-shrinking form factors. This architecture results in higher density and higher performance using a smaller footprint. Samsung’s 3D V-NAND technology is a breakthrough in overcoming current density limits.

The vertical architecture enables more memory cells to fit in a NAND chip in less space for significantly more capacity resulting in higher data quality. Cell to cell interference is virtually eliminated, enabling data to be written much faster for better performance.

Samsung’s three-dimensional Vertical NAND Flash memory (3D V-NAND) breaks free of the scaling limit for existing NAND Flash technology. With the accelerating consumer adoption of SSDs, Samsung anticipates that its new V-NAND SSDs will add to the growth of the branded SSD market with its outstanding performance.

The Portable SSD T1 has a slim and compact design that makes it easy to carry anywhere. Smaller and lighter than an average business card holder, it weighs about 30 gms. It features premium aesthetics such as black chrome metal coating and laser patterning, making it the sleek, fashionable choice for sophisticated and stylish users.

The Samsung Portable SSD T1 works effortlessly with both Windows and Mac PCs using the exFAT file system, eliminating the hassle of having to reformat for every type of computer.

Each unit of the Portable SSD T1 comes with a 3 year warranty, and is available in 250GB, 500GB and 1TB at INR 12,000; INR 18,000 and INR 35,000 approximately. The device is available at leading online stores including Flipkart, Amazon and Snapdeal. It will soon be available at retail stores as well.