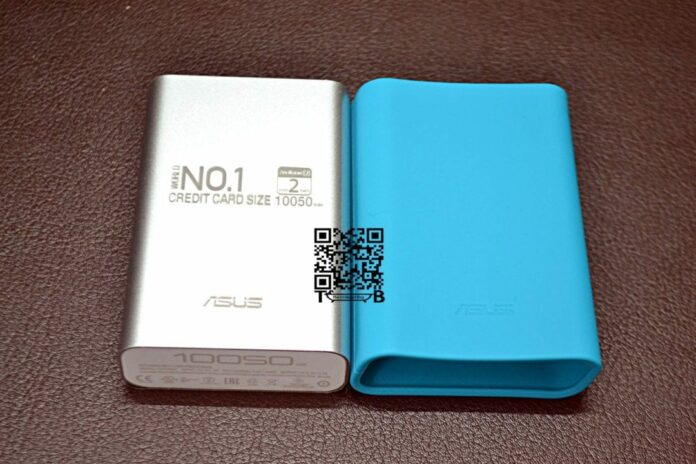 In the times we live in, carrying a portable charger along with our smartphones has become a pre-requisite. And that’s because of our dependency on smartphones, we literally use them for everything. At least powers user or iPhone users swear by it and I fall in both the categories. I’ve admitted it in the past and will do that again that I charge my iPhone 5s four to five times a day. And most of the times its not from the power plug, it’s only at night that I put my phone on charge with a walled power source.

I’m sure you can relate to or imagine my sad situation. But with the advent of portable chargers, people like me can be on the move without worrying at all. I’ll be honest that as tech journalist, I have tried almost all the portable chargers – From the likes of pop and hep Nokia colourful chargers; Samsung’s elegant ones; Xiaomi’s supervalue for money; Sony’s no nonsense practical looking one’s to many more.

And when I recently received the Asus Zenpower portable charger, I was impressed till I opened the box. From the box it looked exactly like what Xiaomi and Honor have to offer. But when I took it out of the box it was surprisingly compact and undoubtedly the smallest 10k mAh portable charger I had seen. It’s not exactly credit card sized as the company claims but still the smallest. What really sets it apart from the similar looking brigade is the rubber bumper cover that comes along with it. It’s not only makes the device look exquisite and stand apart but also is a very practical approach to many problems like – heating, slipping and protecting from scratches and dents. Look at the pictures below for size comparison:

The box has a picture of the charge on top and mentions that its a credit card sized product (which its not) and comes with a 2 year warranty. Inside you will find ZenPower, a white USB to Micro-USB charging cable and a user manual (in 16 languages), which looks bigger than the ZenPower.

The ZenPower has a solid sturdy metal body in a very compact casing featuring hard plastic on the top and bottom. On the top there is power button which is used to switch it on/off and to check the charge capacity left. The bottom states the mAh and other information. To be precise, the dimensions of ZenPower are 90.5X59X22mm and it weighs 215 grams, which is relatively small as compared to other power banks I’ve used.
Along with the power button are 4 LED lights which show the battery levels of the ZenPower. Next to the light indicators are the ports, one (Micro-USB) for charging the devices and the other one (USB) to charge the ZenPower unit.
To check the battery status you’d need to press the power button. On pressing, the LEDs show up for 5 seconds with as many LEDs blinking as the amount of charge is left:
1 LED blinking = 0-25%
2 LED blinking = 25%-50%
3 LED blinking = 50%-75%
4 LED blinking = 75%-100%
Whilst charging, the LED’s show up in exactly the same order. When all the 4 LEDs show up you know that your ZenPower is 100% charged.

To start using the ZenPower for the first time, I’d recommend charging it to 100%.  To charge it, use the charging cable that comes with it as it is strictly mentioned in the user manual that ZenPower should be charged through the provided cable only.

First put the Micro-USB side of the cable in the Micro-USB port on the device and the USB side to any USB charger. As with most of the Li-ion battery powered devices, you’d need to charge the ZenPower for a long time to reach 4 LED lights i.e. 100%. For me it took almost 10 hours to full charge it, hence I’d recommend you all to put it on charge overnight to use it the next day.
As the charging cable supplied is really tiny, you’d need to either keep the ZenPower on the floor or hanging out on the wall from the power socket.

To test the limits of the product, I recorded different charging and discharging times. Here is my benchmark report on how it fared.
After charging the ZenPower to 100%, I charged my phone to 100% with ZenPower still having 3 LED lights on i.e. 75% battery left. On an average, I get 4 full charges for my iPhone 5s on one full charge of  ZenPower. Not only does the ZenPower charges up the iPhone four times, it does it much faster than the stock charger supplied by Apple. Once the ZenPower is depleted it takes around 10-12 hours to completely charge.

There is no doubt that Asus has done a great job putting a 10,400 mAh battery in such a compact form factor but we wish the design was a bit new. Nevertheless we appreciate the rubber bumper case as you can change the colour, look and feel of the charger as often you please. Our final verdict is a go ahead for this portable powerhouse!