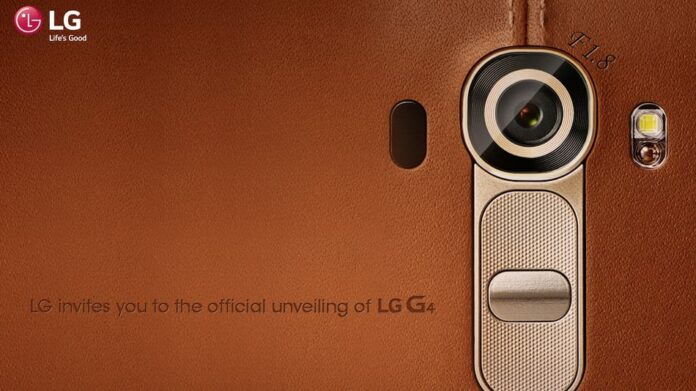 LG’s much awaited flagship smartphone of the year, the LG G4 will now be available for pre-booking in India. LG invites consumers to pre-book the much awaited LG G4 and get an assured chance to be a part of the mega launch event in Mumbai in June 2015, with Bollywood superstar Amitabh Bachchan. The lucky draw winners from Pre-booking consumers who will be attending the launch event shall also get a chance to meet Mr. Amitabh Bachchan personally on the stage.

In India, LG gave out select customers a chance to experience the device prior to its launch, as a part of its largest-ever consumer experience campaign. As a part of the trial campaign the company received a tremendous response from thousands of customers from all across the country who applied to get a first-hand experience of this smartphone.

Mr. Deepak Jasrotia, Business Head, LG Mobiles India said, “LG G4 is a special product for us. Some of its features which one would see after its official launch in India has already set it apart from its competitors worldwide. We hope that people will actively participate in this pre booking drive in India and we are confident that the consumers will like the device and hence encourage our drive to strive for the great. ”

The LG G4 is a successor to G3 and one of the most anticipated devices of 2015. A fashionable and premium smartphone that promises to deliver a balanced user experience that can compete with the best of the best. The smartphone launched globally in April 2015, is the most ambitious phone ever created by LG, has been receiving rave reviews by consumers, media and tech enthusiast across the world for its design, camera, display and the UX.

The most talked about feature of the device is its Leather back which makes it the first smartphone to sport one. Its amazing camera with f1.8 aperture has the potential to click images that can match picture quality of DSLR cameras. Its other noticeable features like Snapdragon 808 processor and 5.5-inch ‘Quantum’ Quad HD display take this amazing technological innovation ahead of its competitors.

Pre bookings for LG G4 will commence from 3rd June, 2015 in India. To pre-book one can visit to the nearest store or LG Brand shop or log on to this website: www.lg.com/in/lgg4