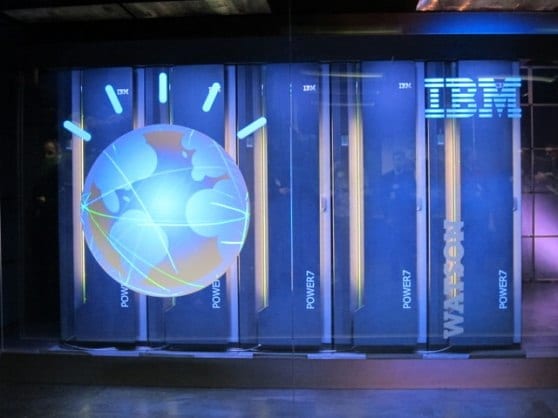 I really consider myself lucky to have witnessed the future of technology right here in India. And the fact that it comes just before I board this flight to IFA Berlin to see whats new in tech is overwhelming. As a technology journalist, all I can say is that I am feeling that I’m in the matrix. Coming from the futuristic IBM Labs and heading to an adventurous tech ride in Berlin. Exhilarating!

Even though I am moments away from a 8+ hour long flight followed by a hectic week in IFA. I want to file this story and share what I saw and experienced at IBM India – Software Labs, India Research Labs, and India Systems Development Lab.

A bit of a background what I’ve been talking about, we @theunbiasedblog were invited to be a part of @IBMIndia#ISLconnectIN2015 ‘Innovations for India and the global markets’ #MadeinIBMLabs in Bengaluru. As a part of select media we had access to futuristic yet real world cognitive technologies and Watson modular services built by IBM Labs. To put a number we witnessed 18+ innovations and here’s how the demo area looked:

18+ innovations showcased at #MadeinIBMLabs Innovation. Stay tuned for more about them. @IBMIndiaNewspic.twitter.com/51jVDKgoOT

Until today things like IOT, Cognitive technologies and Artificial Intelligence were all work in progress for me. But after seeing Watson in action, I’d have to admit that we live in the age of AI and it’s not just in sci-fi movie anymore.

Here are some of the futuristic products services we learnt about at ISLconnectIn2015:

Watson – One of many use case scenario of Watson can do was showcased by IBM. They showed us a paradigm of a Watson-powered psychological feature health monitor that helps psychiatrists and health care staff predict through disorders or psychotic episodes before they occur, for early intervention. The software package used machine learning and linguistic communication process algorithms to analyse psychiatric conditions. The India Software Labs developed a demo that works through mobile and cloud-based platform via a smartphone interface designed for health care staff.

Digital Locker – individual storage place connected to a user’s Aadhaar number. Where in users can share the e-archives to government offices in turn killing the need for printed versions. These can be shared through enlisted vaults, where they are saved securely.

AutoDX – Business-to-Business (B2B) cloud-based network that accelerates the movement of data and reduces transaction costs by up to 80%. AutoDX eliminate inefficiencies by standardizing, automating and accelerating the exchange of transactional data through the cloud.

Apatani — mHealth solution for  community health workers.  It has built-in intelligence to sense and detect any need for medical attention. It can also deliver medical solution at people’s doorstep.

Track N Trace – an intelligent inventory management system. These assets are tagged with an in-expensive Bluetooth or WiFi label and the system keeps an eye on their status. The system alerts the administrator if something is not in order.

Visual Linguist – an intelligent algorithm that not only identifies an object, but also describes it. Powered by Watson, the Visual Linguist took only a fraction of second to describe the image and also gave related objects.

Now these are just a few examples of what we demoed at the IBM India Labs. I won’t be wrong in stating that IBM would be one of the key players when it comes to shaping the future for ‘Internet of Things’, Cognitive technology, Cloud Computing and Artificial Intelligence. And with IBM Labs based of Bengaluru, India the 21 century will be an Indian Century.

Before I sign off, I’d urge you all to go and read more about the above mentioned technologies at  http://www.ibm.com/smarterplanet/us/en/ibmwatson/

That’s all folks, hopefully we would be visiting the state-of-the-art IBM Labs soon and would have lot more to share.

Psst from what we have heard its more like Minority Report 😉