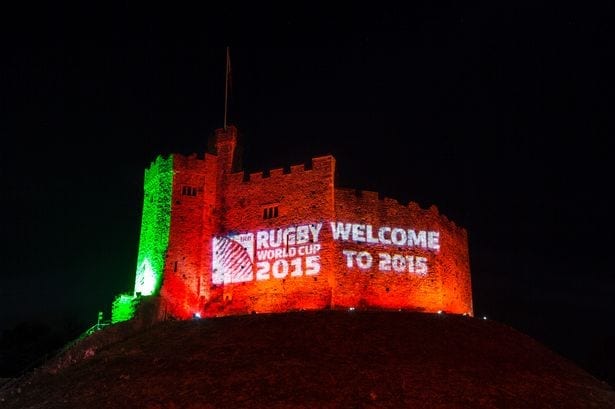 From Friday, England plays hosts to the best of the world’s talent as the Rugby World Cup comes to our shores. Between now and the Twickenham final on October 31st, the top international sides will go head to head, firstly in the four-group opening round, then on to the knockout stages for the first and second placed team in each group. Although there may be many games you can watch as a neutral, where your team are playing there’s no way you can avoid being just a little bit biased. Here’s a quick guide on who’s playing and what to look out for during the tournament. 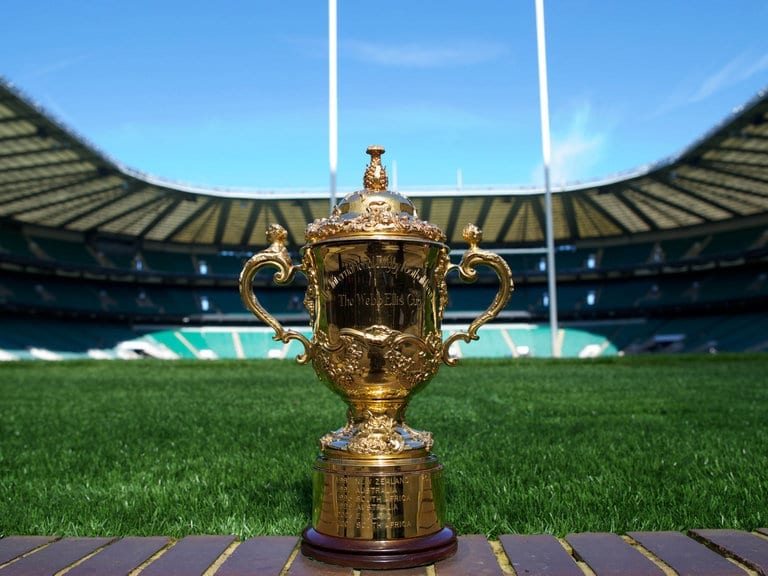 The first group is a collection of some real big-hitters, and with only two places in the quarter finals, this looks to be the clichéd ‘group of death’. As well as two former World Cup winners in Australia and hosts England, there is the highly rated Wales and Fiji, both capable on their day of beating the very best. Uruguay look to be this group’s whipping boys, but upsets are always possible when the pressure is on. Although bookies.com will be fancying The Aussies and England to progress, it’s by no means a certainty. Picking a group winner is tough, but as the highest ranked team and with home advantage on their side, England should make it through in top spot.

The second pool of teams looks like having more of a clear cut standout team in the world number 2 ranked South Africa. They will be expecting to make it out of the group easily with not too many worries. The second place is much harder to call, with Scotland, Samoa and Japan not too far apart in the rankings. Scotland will be hoping for a good performance and they would be slim favourites to take the other place in the quarters but, Japan and Samoa will prove tricky opponents. Underdogs USA will find it tough to make it out of the group stage for the first time in their history, being the lowest ranked team here.

Again, this seems to be one with a single outstanding team that should be nailed on to qualify. New Zealand are number one in the world rankings and none of the other sides come close, with only Argentina scraping in to the top 10. Georgia and Namibia will definitely enjoy their time on the big stage but nobody will be expecting them to make any significant waves. Tonga may offer Argentina some competition for second spot, but if you’re heading to bookies.com, the All-Blacks and Argentina would be the safe ones to back. 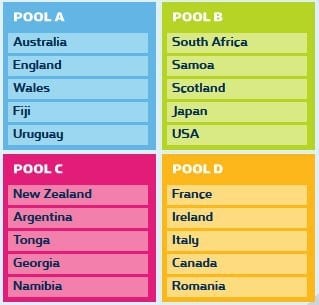 Although not as closely matched as group A, this matching has the potential to throw up a few surprises. Ireland will be confident and they are looking good after their recent back-to-back 6 Nations triumphs, and they will be looking to win this group over France. But, you never know if Italy can throw up a shock and sneak their way through. They have never done it before but there’s a first time for everything! Canada and Romania will more than likely be there to make up the numbers, but shocks can and do happen.

So there’s plenty to look forward to in this tournament and whoever ends up lifting the trophy at Twickenham, you can bet there will be some fantastic matches and an incredible atmosphere as the passionate English rugby fans welcome the best players and coaches on the planet. If you’re not excited, you should be!