After debuting at the world’s largest club, Privilege Ibiza just over 3 years ago, rated as the number 1 clubbing concept in the world, Don’t Let Daddy Know, has taken the world by storm, staging events in Amsterdam, Antwerp, Manchester, Chile, Belgium, England, Netherlands, Hong Kong and Istanbul as well as hosting their own stage at Ziggo Dome, Mysteryland and Creamfields Festival. The world’s biggest party is all set to continue its world domination and will be setting foot on Indian shores with their epic homegrown version of the one night dance music concept – DLDK India featuring 5 of the biggest global names in electronic music who will curate 7 hours of non-stop mayhem catering to diverse genres of electronic dance music including trap, dubstep, drum n bass, hardstyle, house, tech house, deep house, electro, psy-trance and electronica. The massive event will be hosted by an international bigwig while the opening acts will feature Gen X homegrown artists.

DLDK is known for its’ larger than life production  and top of the line acts such as Martin Garrix, Dimitri Vegas & Like Mike, Tommy Trash, Steve Aoki, Showtek, Major Lazer, Sander van Doorn, Skrillex, Sem Vox and many more and is known to attract audiences in the range of more than 20000 thousand per day. DLDK takes fans on a roller coaster ride through an intense way of clubbing by fulfilling every individual desire by creating an exceptional reminisce of music. Don’t Let Daddy Know strives to attract top of the line fashionable people who go for more than just the average. We take you to a higher atmosphere of a marvelous and unusual style of entertainment.

Alex Hes and Essam Jamsen, Founders, DLDK states, ”India is one of the top 10 countries that is zealous about dance music. We found an ideal collaborator in Ferriswheel Entertainment that shares our enterprise and hence they are the preferred partners for the India leg of the world tour.” 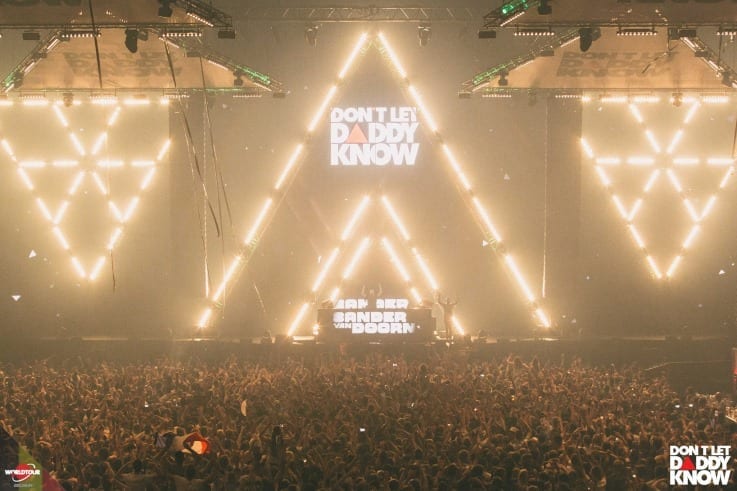 Shubhra Bharadwaj, Founder & Creative Director, Ferrishwheel Entertainment & Partner, DLDK India states, “This will mark the company’s foray into the dance music segment that caters specifically to the youth. We hope to unite dance music fans across Asia with this annual property and give them a unique experience with the way India parties and strategically position India as one of the preferred destinations on the global dance music map. Moreover this is the debut showcase of a concept that is very well acknowledged globally and if all goes well we will explore possibilities of making this concept travel to different cities that are responding well to the culture of dance music in recent times”’

Music lovers can expect to witness a festival unlike any other as DLDK India gears up to present an all encompassing experience that will see a cosmic mash of dance music genres, state of the art experiential zones and phenomenal production, making this an extravaganza of mammoth proportions and maintaining its reputation as a must-attend festival for any Dance Music enthusiast. Join us for a rollercoaster ride that brings you the most intense clubbing experience fulfilling every individual desire. Just remember #DontLetDaddyKnow #DLDK #DLDKINDIA

The line-up for #DLDKINDIA will be announced shortly. Watch this space for updates for this phenomenal event.