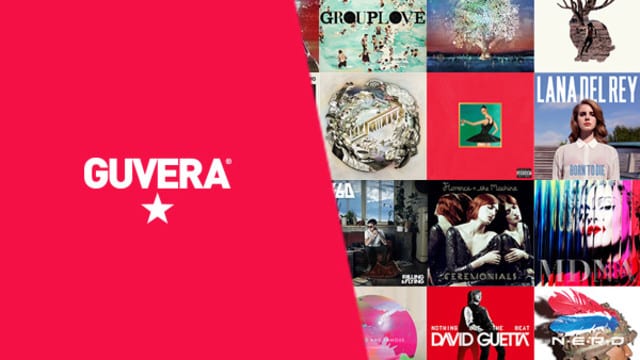 Australian-based music streaming service, Guvera, has marked its first anniversary in India by securing exponential growth. Over six million people have signed up to Guvera in India, enticed by free access to a competitive range of local and international music, including an extensive Bollywood selection and locally curated playlists.

Guvera has complimented its swift user uptake by introducing new and exciting features to connect directly with listeners. With the music streaming industry quickly gaining ground in India, Guvera plans to delve deeper into the market by bringing exclusive features and entertainment content to the forefront for Indian consumers to engage with.

Distinguishing itself as a holistic entertainment service, Guvera launched Brand Channels, a world-first in the entertainment streaming industry. Brand Channels present Indian users with free access to music through an engaging entertainment platform. The feature provides users with a range of exclusive branded content, including playlists, articles, videos, competitions, and shopping, all whilst listening to music. Brands are brought to the forefront of the music experience in a non-disruptive, engaging and enjoyable way for music lovers. An extensive list of brands like YES BANK have lined up to work with Guvera over the past year.

Another major initiative for Guvera in its maiden year has been the‘University Stream-Off’ contest held across Tier-I colleges in India. The contest, which pitched college against college, introduced students to music streaming through the Guvera app whilst presenting them with a chance to win a sponsorship amount for their college festival. The contest has been a huge success that Guvera looks to repeat. Recognising the achievement, Mr. Ananya Amin, Head of Business Development, Asia for Guvera said, “It has been an amazing 12 months for Guvera in India. We have grown to 6 million users and still counting. We create locally-curated playlists that cater to India’s diverse music preferences. Interactive features such as Brand Channels have given us the opportunity to work with brands and deliver our users exclusive content whilst the social feed has aided in music discovery and engagement between our users. Partnerships with Harley Rock Riders and tie-ups with popular Bollywood films have also allowed Guvera to be presented across an extensive network with resounding success. India is a key market for the music streaming industry and Guvera will continue to focus on working with brands and partners to deliver the best, exclusive, engaging music experience to the Indian population.”

With over 20 million songs in its online content library, Guvera also plans to extend its on ground music offering in will also have the chance to leverage this opportunity and produce exclusive content that can be India with House of Guvera. House of Guvera India will operate as a recording studio, production house and gig venue for both local and international artists to showcase their talent, build a fan-base and get recognised in the music industry. Brands shared with users, both via the Guvera platform and via their own channels. House of Guvera is slated to launch in Mumbai early next year.