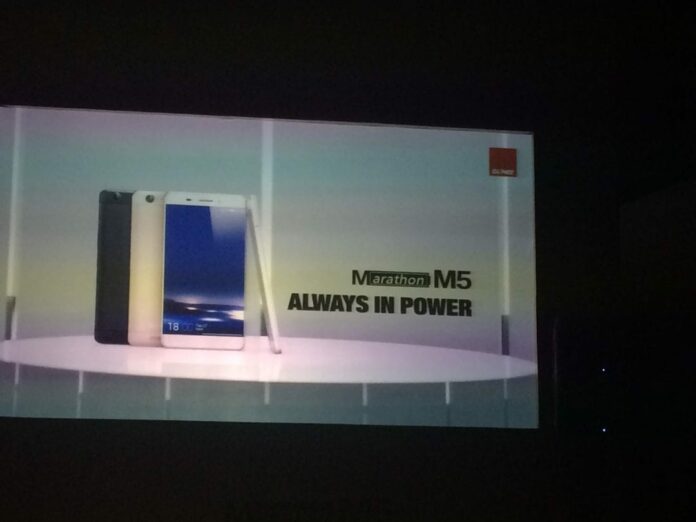 Gionee India is launching the much awaited powerhouse in its marathon series the Marathon M5 today. You can watch the live webcast of the launch here –

the smartphone sports a 5.5-inch HD display with a 1280 x 720 pixel resolution. It is powered by a 64-bit 1.5GHz quad-core MediaTek MT6735 processor paired with 2GB RAM. It includes an internal storage of 16GB which can be further expanded up to 128GB via microSD card. Connectivity features include 4G LTE support, Wi-Fi, Bluetooth, A–GPS. It will be offered in White, Grey and Gold color variants.

The Gionee Marathon M5 runs on Android 5.1 Lollipop with Amigo 3.0 UI on top and comes equipped with a 13MP rear camera along with a 5MP front-facing camera. The main USP for the smartphone is its battery life. The device packs in two 3010mAh batteries which brings the total up to 6020mAh. The company claims that the battery will last up to 4 days. Gionee also states that the battery can last up to 62 hours with just 5 percent battery.