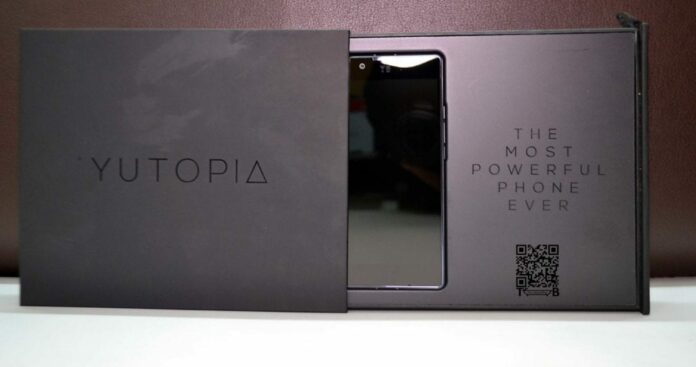 Is it me YU are looking for? Well that’s exactly what Rahul Sharma would have thought before launching this young at heart company – YU Televentures an year ago.

Having met Rahul and the YU team in the past, we were sure the birthday celebrations are going to be YUNIQUE. Here is what we mean by that – Cake Smashing. Oh yeah!

Head-Stand. Hands were hurt in the making of this video 😐

Tweeps! Here comes the moment you have been waiting for. Head-Stand Video is now live! Watch it here. #YUTurns1 pic.twitter.com/C9u7xRqune

Please don’t try this at home. The acts of this video were performed in Delhi Winters!

If you really got inspired by these videos then there are lot more on the YU’s official twitter handle @YUplaygod. That was about YU Televentures turning 1, but as a return gift to its consumers they gave a pre-birthday return gift to all of us – the YU Yutopia. After being teased over a month as the most powerful phone we all finally witnessed the YU Yutopia in December. So what does the most powerful phone has under its hood (Specifications)-

Undoubtedly this smartphone has the best specs on paper,  so let’s have a look at the photo gallery and then head to the review part:

YU Yutopia has a unique matte black box that you would love at first sight. Inside the box is the device, is the smartphone unit on Top and ‘The Most Powerful Phone Ever’ printed right next to it. Other peripherals include – USB cable, Wall Charger, User Guides and House of Marley in-ear headphones.

The YU Yutopia looks very familiar to the company’s earlier launches – YU Yuphoria and YU Yunique and that really put me off. I do understand YU’s design philosophy of Saturn Rings, 3 element key, seamless, ergonomic design and everything but the first flagship from the company had to look a little different from a device that is 1/3rd its price. Back in the days of Galaxy S3 and S4, Samsung had done the same thing where each device in their portfolio was very hard to distinguish. Well as that’s my personal opinion about the design aspect of the YU Yutopia which is otherwise a very handy and well built device. I am not marking it down for design for my personal bias about the design philosophy.

If you also feel the same then do leave your comments in the section below or tweet to us on @theunbiasedblog and we shall score it down in the design department. Yutopia has a raised display which definitely adds to the design element of the smartphone. When the vibrant 2K display is off, it looks like a beautiful black bar with minimal YU branding on the top near the earpiece. On the top panel on the front, it has the 8MP Front ‘selfie’ camera; earpiece speaker grille and sensor. At the bottom part on the front are the capacitive buttons only visible when the phone is switched on, LED notification light and the mic.

The top and bottom of the smartphone gets a port each – 3.5mm Audio jack and USB port (which looks like a USB Type port but it isn’t) respectively. The antenna lines run through these ports. Moving on to the sides of the device, the left side gets a huge one piece tray for both sim and memory card or 2 sims together(Micro & Nano). It’s an unusual choice, as till now all the smartphone makers have gone with the tray each design. The right side of the device has the volume up/down keys and Power/Sleep-Wake button in between them. Though it is not as easy as other smartphones to accidentally press volume keys instead of the power button or vice-versa. But still why not have something as basic as corrugated button that is available in a device as entry level as Motorola Moto E (2nd Gen).

The back has two prominent circles, first one is the black Saturn ring that has the 21MP snapper with a dual tone LED flash on top of it; the other circle is the fingerprint scanner. Right above the black Saturn ring (read camera module) are 7 dots which houses the ‘Hall-Effect’ sensors. Moving down you will find the YU logo just above the speaker grille and the the 7 dots of ‘Hall-Effect’ sensors. To sum it up, Yu Yutopia is a very sturdy and premium device which is not heavy or bulky either.

Now let’s look at the much talked about the 5.2″ 2K display. For a person like me, who hasn’t come to terms with phablets and their huge sizes this device is perfect to hold and look at. The sharp ‘Sharp’ QHD display is a winner from the word go! But the question is do you need a QHD resolution in 5.2″ display? If you go by science then NO! If you go by experience then YES! Confused? Well according to scientific researches – there is no point packing so many pixels in smaller screens as the human eye cannot distinguish. But in real life, I loved experiencing the QHD display and the 5.2″ 565ppi screen on the Yutopia.

The only downside I see of the QHD display is that it will consume more battery than a Full HD display making a Yutopia churn our less no of working hours. The only problem with the screen is that it’s a fingerprint magnet and is very reflective.

The YU Yutopia is being touted as the most powerful phone, but after a few days Snapdragon 820 showed up in a smartphone. Well that doesn’t change the equation as YU Yutopia is a winner for it’s price-to-performance ratio.  The device has a Octa-core Qualcomm Snapdragon 810 processor 2 GHz (4cores) & 1.5 GHz (4cores); Adreno 430 GPU; 4GB DDR4 RAM; 32GB ROM; 3,000mAh quick charge Li-Polymer battery. 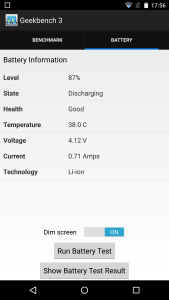 Like most of the flagship manufacturers, YU has used the notorious Snapdragon 800 in the Yutopia but we still didn’t have heating issues like the one’s we faced with the Sony Xperia Z3+. Well that’s because of the optimizations made in the Cyanogen OS and the fact that it uses a 14nm processor, a generation ahead of the 20nm Snapdragon 810. The smartphone heats up a bit while playing graphic intensive games but it never reached unusable levels. And trust me there is no smartphone on this planet irrespective of platform/price/manufacturer that doesn’t heat up on some task or the other.

Coming to the Fingerprint Scanner on the YU Yutopia, I hope it’s a software glitch and it will be fixed soon as 7/10 times it doesn’t work. It’s really slow and inconsistent and you would be forced to use the archaic pin or pattern to unlock your device. Now let’s review the Software (UI/UX) of the device:

The software of the YU Yutopia is its biggest strength and weakness! Let’s talk about the strength part first: ‘Around YU’ platform is definitely a noteworthy addition to the device. It’s an ambitious project that no other smartphone maker in India has dared to enter. With ‘Around YU’, YU has provided a more useful alternative to Google Now. This platform is in its early days and has a scope of lot of improvement and additions. But even in its current format it is a commendable effort. In my one month of using the YU Yutopia, I used it for booking cabs, flights and also shopping online. Whilst, I was travelling from New Delhi to Kerala, it was really the only app/platform I used from booking flights, hotel and cabs.

When you are going to a new city or place, you arent aware of the best taxi providers locally or if that has Uber or Ola. That’s where ‘Around YU’ comes as a blessing in disguise. 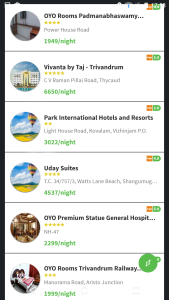 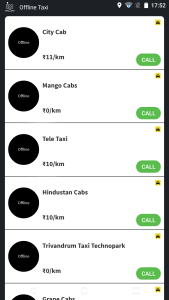 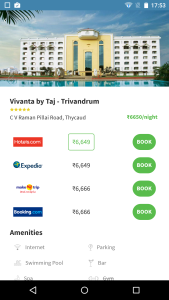 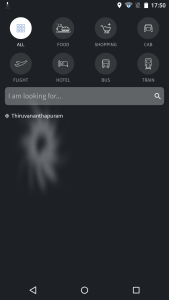 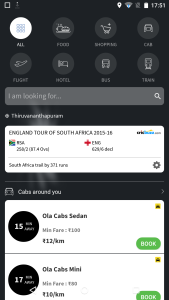 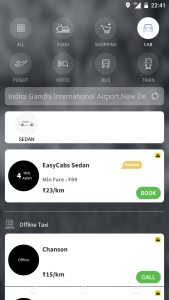 Who would miss such offers?

Apart from Around YU, Gaana (Music Streaming App) has been made as the default app music player on the YU Yutopia. That means that you can either stream music (Ganaa+ free for 180 days) or play the music stored on your device from the same app. Another add-on is Cyanogen theme app, which let’s you customize you smartphone with a new look and theme. 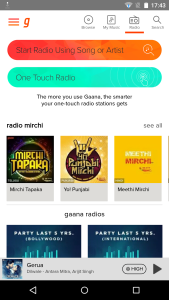 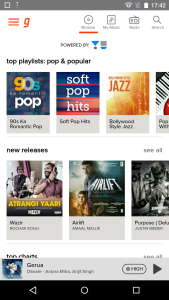 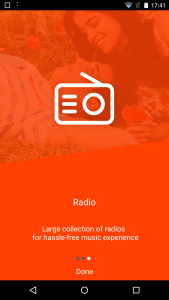 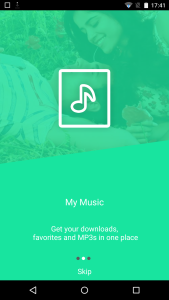 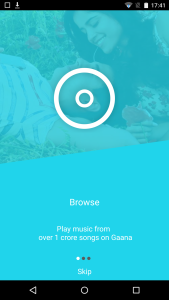 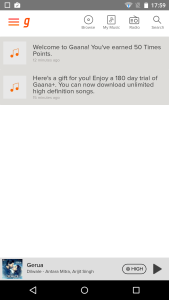 Now to the weak spot, the OS – Cyanogen 12.1 is really buggy and kills the experience of this high-performance beast. From app crashes to inconsistent fingerprint scanner (hopefully it’s a software bug and not a module issue). There were times the Yutopia felt it was bricked as the navigation button stopped working and even touch sensitivity refused to respond. If YU wants it to get Yutopia the coveted title of the ‘Most Powerful Phone’ then it has to fix the OS issues really fast or else it will lose ground. 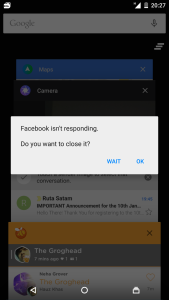 Reading about the hardware and software in the above sections would have given you an idea as to how the performance of the smartphone is. But still we would like to focus on each factor from our usage of this device for a month. 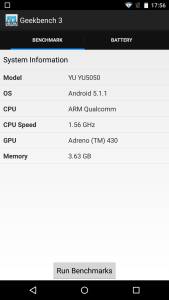 The 3000 mAh is alright for moderate or light usage. But heavy users like me need to charge it twice in a day but who cares?, it charges within 50 minutes from 10%-90%. The 2K display and a naive OS could be blamed for the battery standby time. I’m pretty sure if the device would have been running Android Marshmallow (6.x), the doze feature would have boosted the battery standby time. 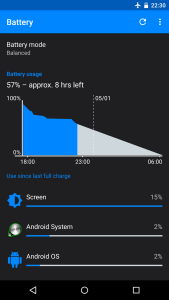 Specs really play role when it comes to performance intensive applications or games. And as the YU Yutopia is high-specd device we faced no issue playing performance hungry games like Asphalt 8 etc. Though the phone does heat up and battery drains fast while playing heavy games but there was no lag in the gameplay. 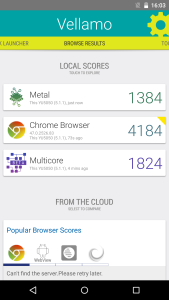 The camera of the YU Yutopia is better than the competition at this price. Both the 21MP and 8MP snapper captured decent photos in almost all light conditions. Though the low light photos had some noise but that seemed like a software issue which can be tweaked with an update.  Here are some samples photos:

So should YU or should YU not by the Yu Yutopia? If you have INR 25K and want a solid smartphone with a power-packed performance then go for the YU Yutopia. I’m sure the bugs will be squashed soon and you will have an all-rounder smartphone that can give flagship and flagship killers a run for their money. To make it even more lucrative, YU get some goodies like –