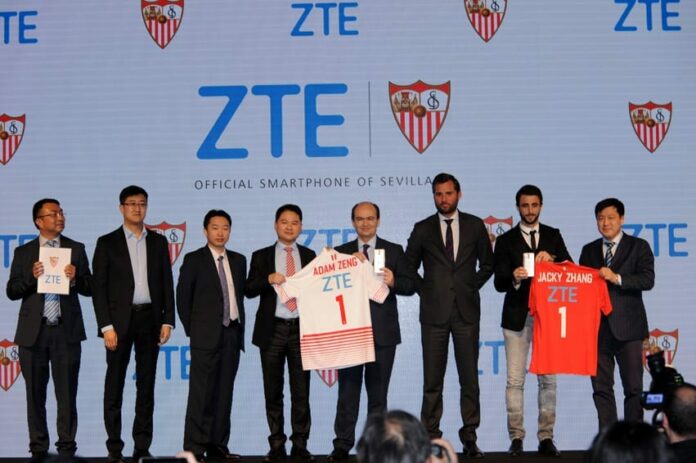 Chinese Smartphone maker ZTE has introduced Spro smart projector at MWC 2016  targeted to Business associate  Audience. Spro Plus’ highlights  are a larger, 8.4-inch AMOLED Touchscreen with 2k resolution , It is running on Android Marshmallow and it’s powered by  a 12100mAH battery for an enhanced user experience. The Spro Plus will be available in both a Wi-Fi-only version as well as a Wi-Fi and 4G LTE version. When it comes to audio, the Spro Plus features a JBL Audio System, which includes high quality audio outputs via two 4w speakers and a crystal clear voice pickup via high performance HARMAN sub-miniature microphones. Its ability to detect voices more than five meters from Spro Plus makes it easy to conduct group meetings in any location.

Michael Mauser, President of HARMAN’s Lifestyle Division, said, “We’re very excited to be partnering with ZTE on the Spro Plus. Our engineers have done an outstanding job of developing the JBL Audio system to make the Spro Plus truly amazing. We expect the Spro Plus to be a very strong performer in the marketplace.” ZTE  has announced the sponsorship deal with Sevilla Football Club to serve as the club’s “Official Technology Partner.” This sponsorship seals the deal for ZTE to be the official smartphone of the team. ZTE’s support of sporting activities across the world is already scoring great results and becoming a definitive part of the ZTE brand.

Apart from sharing a love of football, ZTE and Sevilla FC also embrace similar values. They draw strength from their fans and provide a community base centred on that fan dedication. Sevilla FC are also historic champions in their fields, record holders and reigning champions of the UEFA Europa League for the second year running and current finalists in the Copa Del Rey against FC Barcelona.  Their focus on excellence and results aligned with a fan-centric approach is very much aligned with ZTE goals as well.