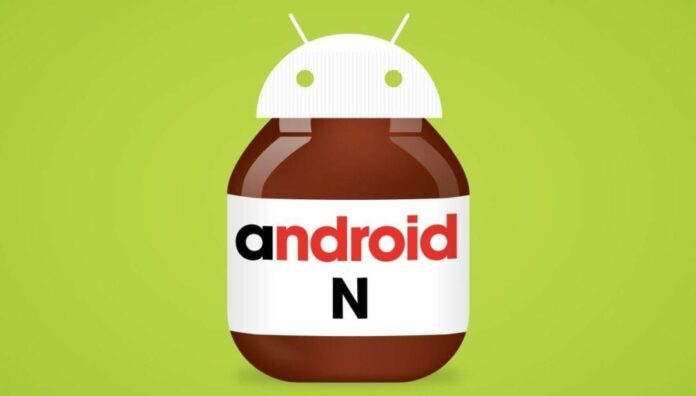 Last week Google surprised everyone by announcing the next version of Android in Developer preview. For the first time Google pushed the update to compatible devices through OTA update instead of you flashing new builds. So if you have a Nexus 6/5x/6p/9 or a Nexus player you can download the first build of Android N Beta right now, click here to enroll to receive OTA for Android N builds. They are calling this program as Android Beta Program.

There was a dramatic change in notifications with Android Lollipop but Marshmallow update simply refined and continued the with the same. But in Android N, notifications have been revamped with new controls and animations. Now every single notifications in the mobile/tablet takes up full width of the screen for a wider view of contents. Also there are bundled notifications for multi notifications from a single app users can expand to view individual notifications and respond to them easily just like we have been seeing in iOS for a while now. 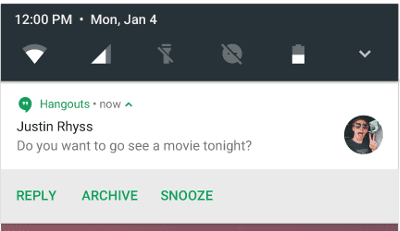 The Quick settings is one of the most important feature of Android, most of users rely on this so google has added some cool new animations which look great. When you pull the notification bar from above you will see the above screen and pulling down that again brings to more options such as Wi-Fi, BT, Flash, Location etc.  Google, has also included ‘Android Beta’ icon there. Users can now also swipe right to access more options where they can also add/remove features they need to display on their Quick settings.

Settings has received a major update in Android N. Now each category in settings displays info about what’s inside that particular setting, even before open it. For instances ‘Battery’ displays the percentage of battery remaining and ‘Storage’ displays space left on your device. Hamburger Menu/Navigation Drawer has also been added inside the Settings.

The other important features of Android N are improved Multi Tasking and Multi Window features. The recent cards has been now made much bigger which fits quite well in screen and also includes a smart feature, when you tap recent button the current app which you are using now goes to bottom most of your screen without disturbing you much as before. Also if you double tapping same button goes to your second most recent app. 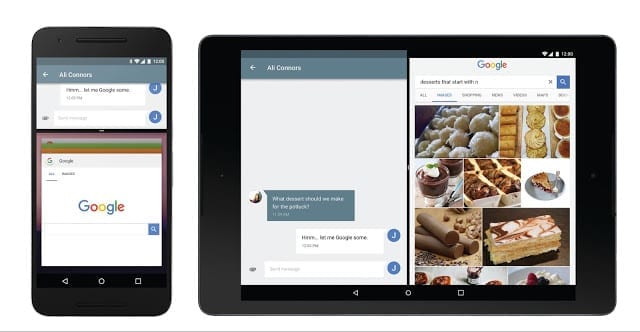 The most expected and long awaited feature in  Android is has finally arrived. Yes! Android N has got real time split screen multi tasking. Users can now manage two apps at the same time, all you have to do is press and hold recent button and boom you are ready to multi task. You can do multi tasking in both Landscape and Portrait mode. Also you can adjust the size of each window you want to work on. 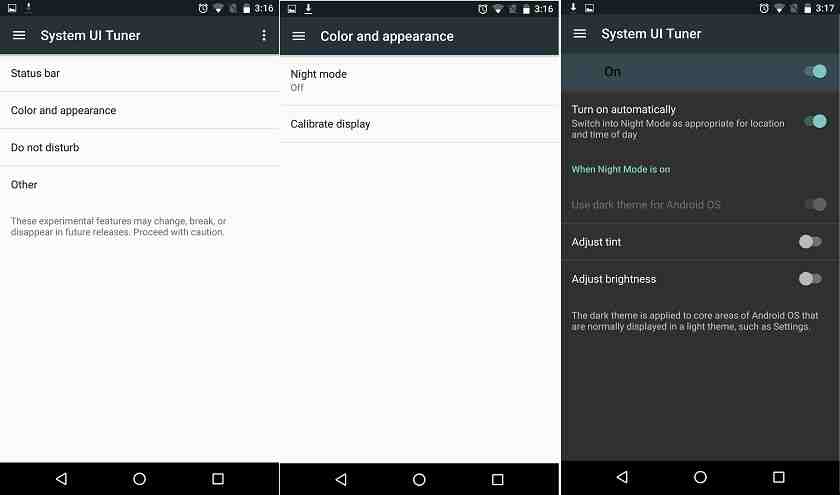 Dark mode also appeared in M preview build but for some reason it was not in Marshmallow 6.0 build, So now Dark mode is back and will be present under system UI tuner, you can also add Turn on Automatically in settings. Doze was a great feature in Marshmallow, now with Android N Doze will be even more efficient it works when your phone’s screen is off there by saving battery. 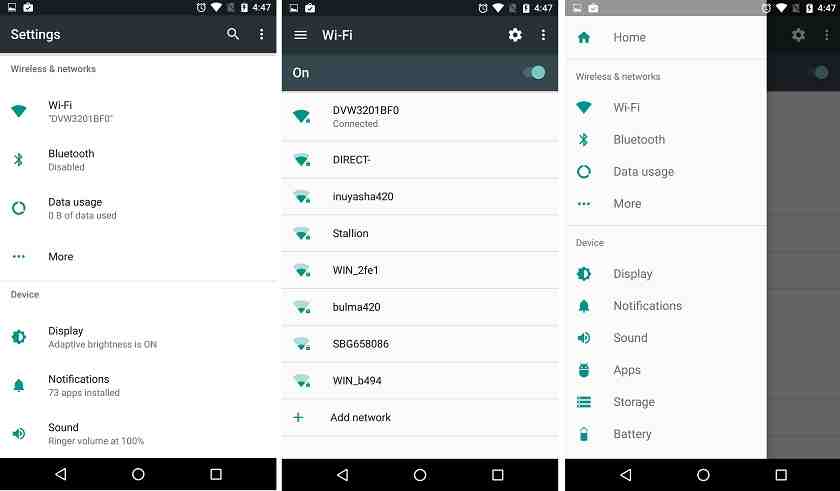 Also there is a build in Data saver feature, when you turn it on restrict certain apps to work on WiFi only.

So, these all are some of new features of next Android version, what feature you are excited about? For more news on Android N news follow us on twitter Theunbiasedblog.