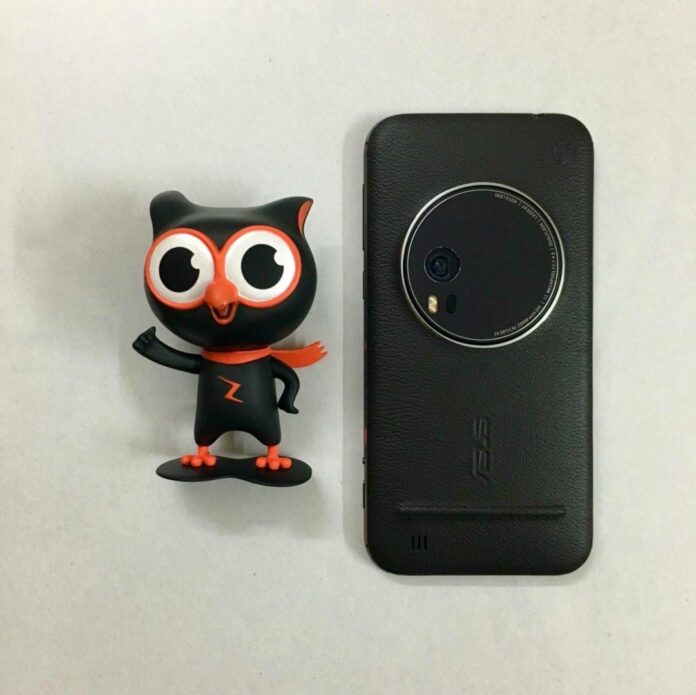 The word Smartphone means – a mobile phone that’s smart enough to carry out computing tasks. But boy we want our smartphones to do just about everything! You agree, don’t you? We have seen some bizarre concept videos where smartphones were being used as razors and what not. Though what seemed weird 10 years ago has actually become a reality in 2016. Look what Virtual Reality headsets have done to us 😉 I’ll get to the point, Smartphones have replaced a lot of things we used – Flashlights, Calculators, Calendar, Alarm Clocks………. This should give you an idea – Did anyone notice the Polaroid camera, Photo Album and Videos there? Yup! Smartphones have literally killed the Polaroid and point-&-shoot cameras. The only reason point-&-shoot cameras still exist is because people get a bit of optical zoom on those cameras, and the smartphones in general can’t possibly offer that. Ya! Ya! I know there have been smartphones that allowed optical zoom but they were ugly, bulky and not worthy of being called camera replacement.

But things have changed now, it’s 2016 and we have been using a smartphone that offers optical zoom without the lens protruding out. ASUS has created another world’s first innovation by making the Zenfone Zoom, a smartphone that can zoom just like a point-&-shoot camera or DSLR. 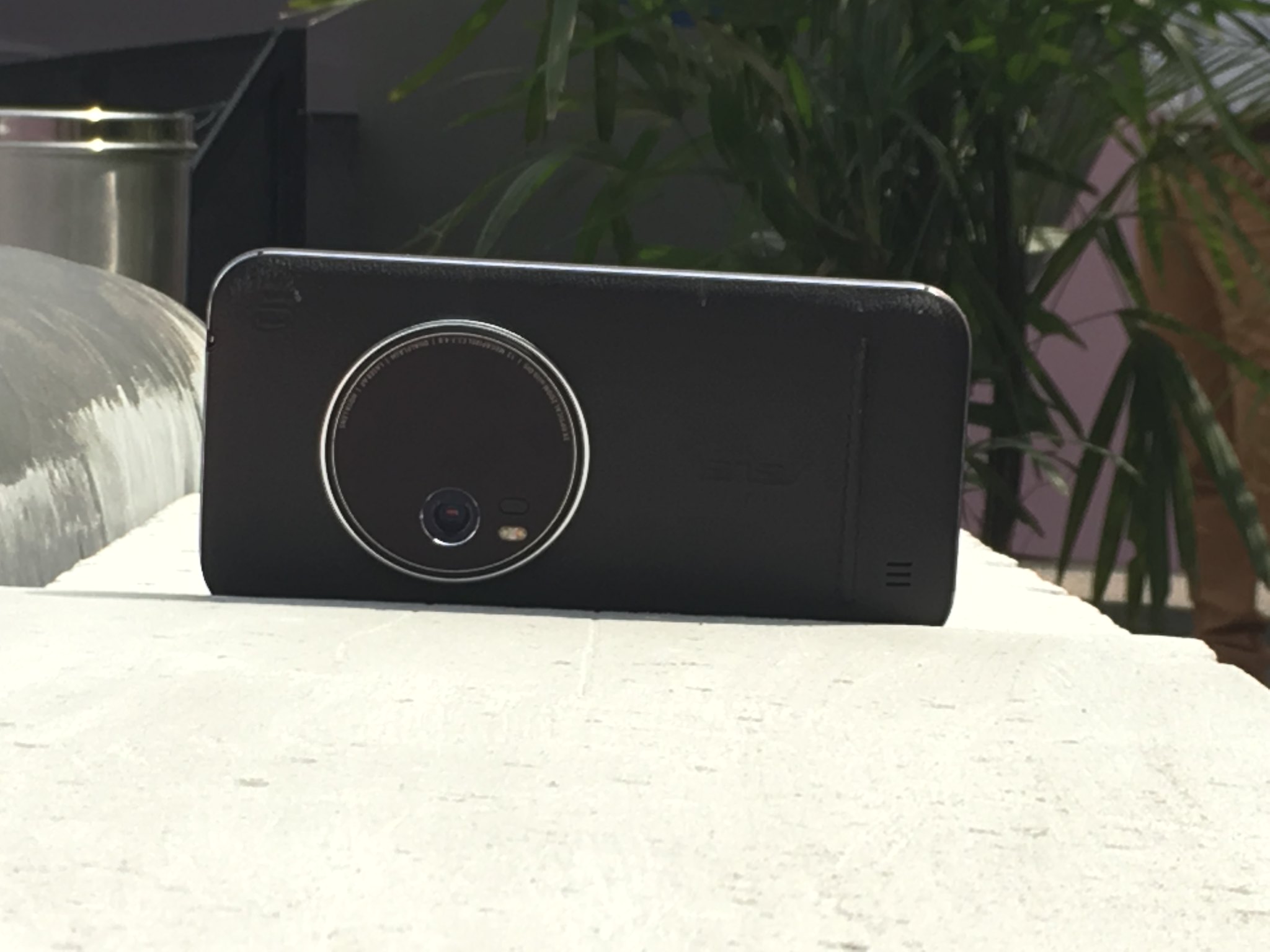 Intrigued? Well here are the specifications before you guys start to speculate –

It’s been more than 2 months that I’ve been using this wonder called Zenfone Zoom and as pictures speak more than words, here are a few unedited samples of it before we move on to the review – 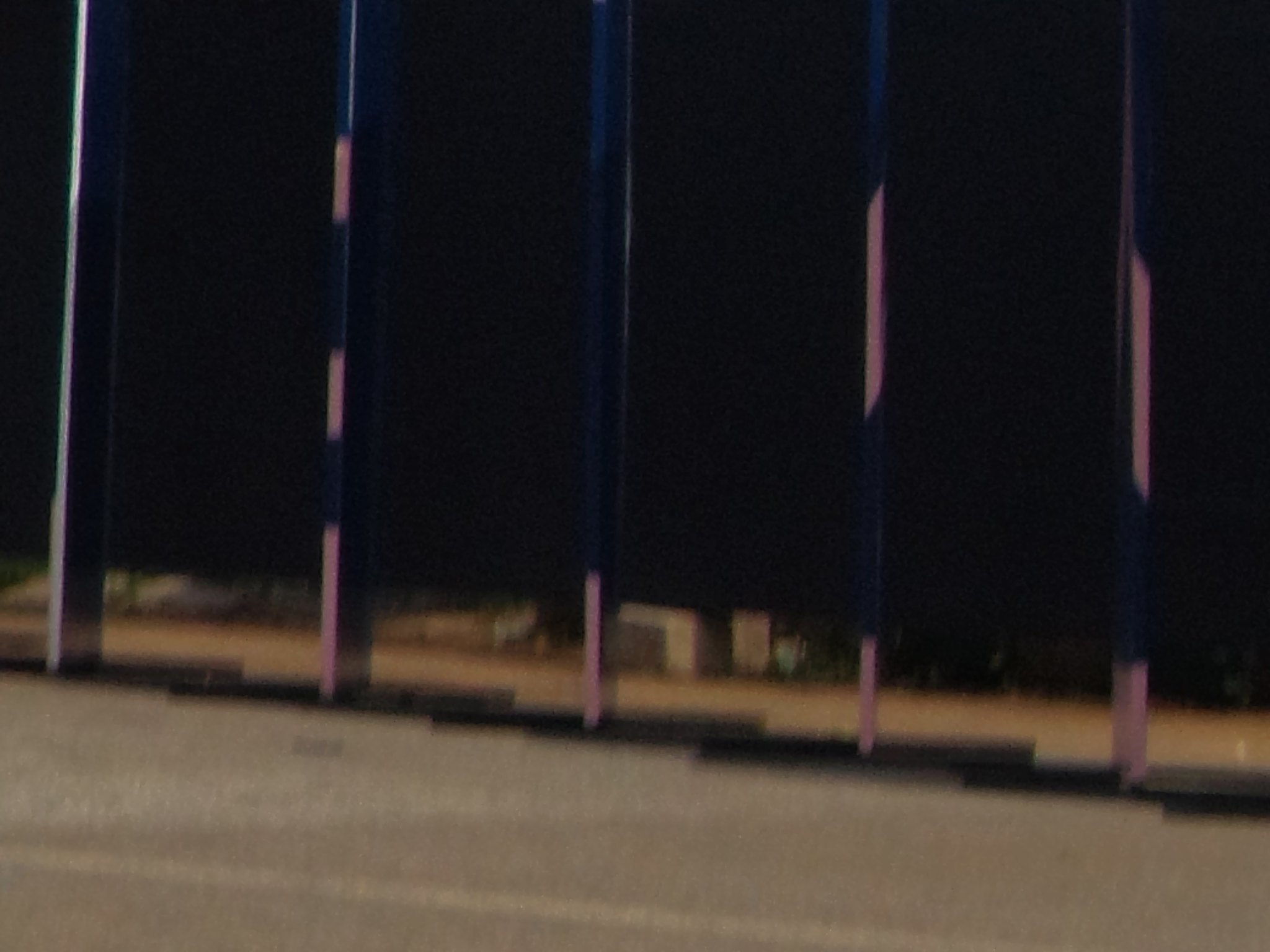 The ZenFone Zoom comes in a compact box with a lanyard, data cable, charger, and in-ear headset. The quality of components is premium from the word go, just as you’d expect at this price level. ASUS has continued with same design language that have we seen in the previous generations of the Zenfone, but that’s limited to the front side of the Zoom. It’s nothing less than exquisite to look at from the back.

The Zenfone zoom is made of unibody aluminium frame that looks good and also gives the phone a great grip. There are chamfered edges and chrome accents thoughtfully distributed around the edges and the camera section on the back, all lending to the phone’s good looks. The rounded sides make it very comfortable to hold too. The 5.5-inch FHD IPS display is surrounded by decent amount of bezels. The display resolution is not at par with the competition and even the sunlight viewability is really bad. 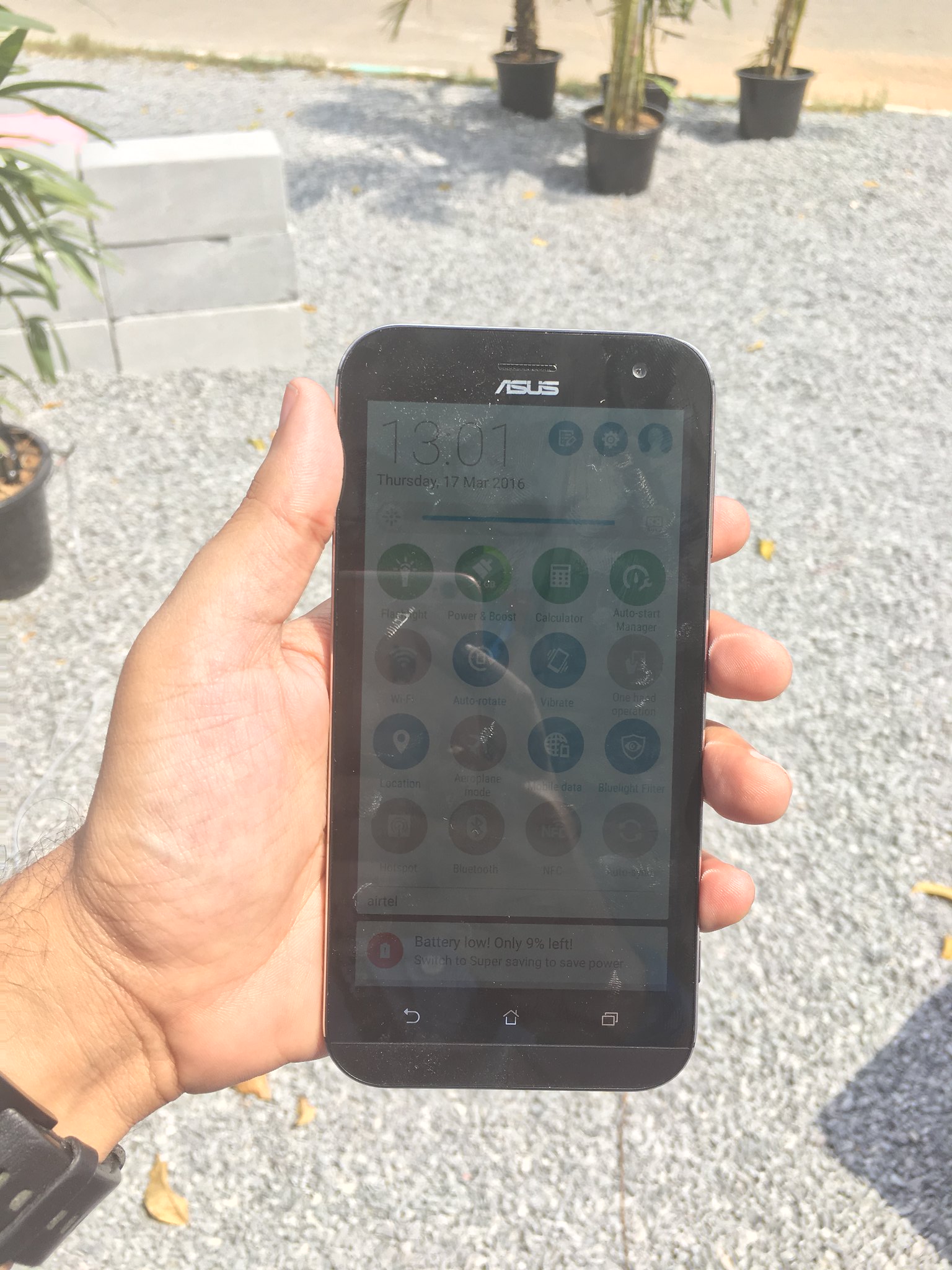 In the past, we had shared a strong feedback about how it’s really annoying to use the Zenfone at night without the capacitive navigation buttons and Asus has still not done anything about it. But thankfully Zenfone Zoom has is a LED notification light. There is micro USB 2.0 port at the bottom along with a lanyard loop to its left. To the right side of the phone you will find the dedicated camera shutter button and video recording button. The volume rockers are placed above these keys.

Removing the rear cover gives us access for a single Micro-SIM and expandable storage via a microSD card. The 3000mAh battery is sealed below these slots. At the back you will find the main USP of the Zenfone Zoom, that’s the 13MP 3X optical zoom camera with Dual LED flash, which we will review Camera in the later part of the review.

Overall the device looks very premium for the price and also feels great while holding in hand. The finish of phone is good as Asus has managed to keep it at just 11.9mm at its thickest point.

To be honest, if you put in a lanyard and hold the Zenfone Zoom like a camera, most blokes out there would confuse it with a point-and-shoot camera. 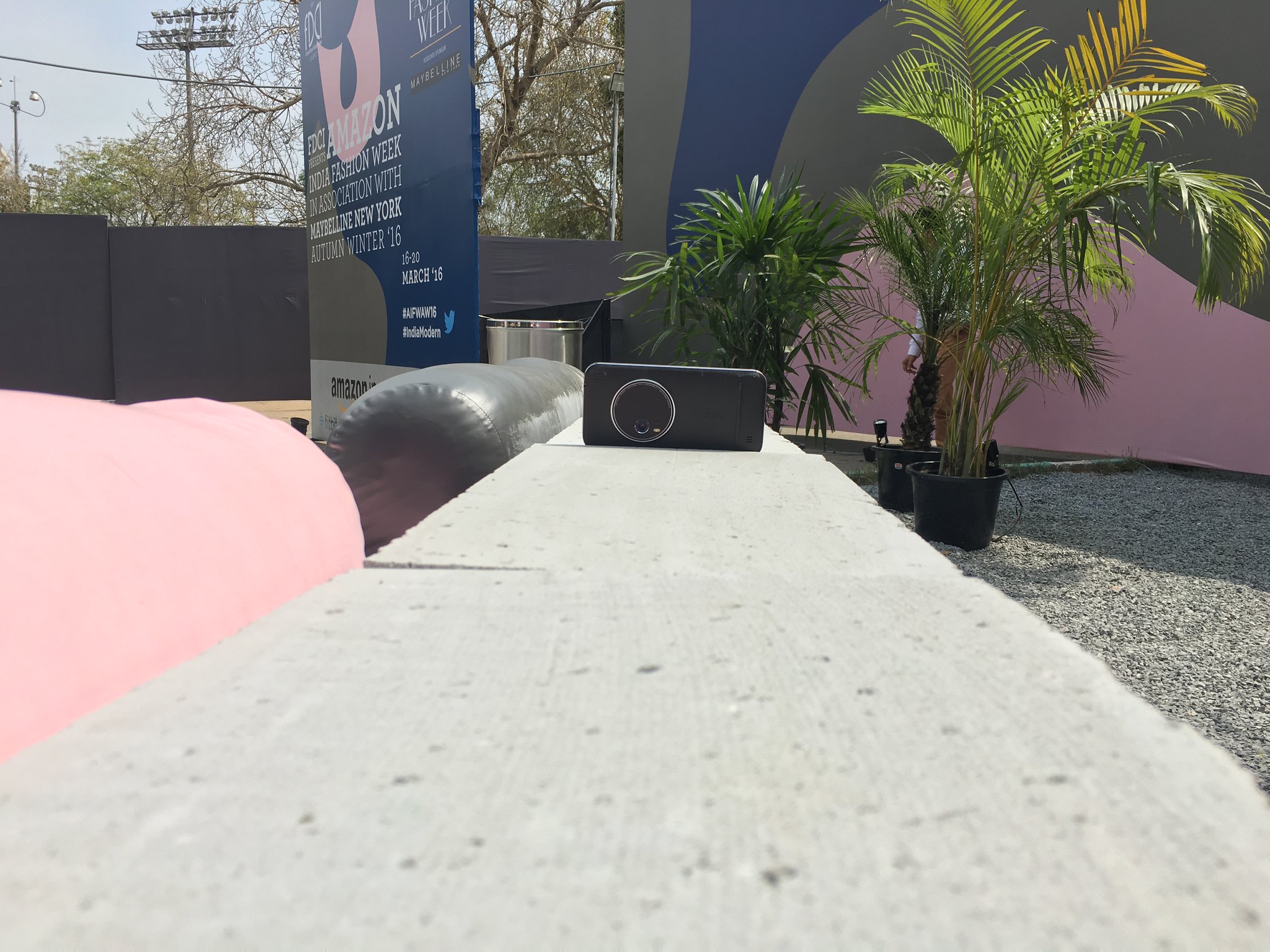 As every other Zenfone this too is powered by a Intel chipset which is a Quad core 64 bit chip with 2 performance core running at 2.5Ghz. It is coupled with Power VR G6430 GPU to provide no lag gaming experience. Though many want to see a Qualcomm powered Asus Zenfone series, we have no complaints as sticking with Intel has really worked for Asus line-up of smartphones. When the likes of Snapdragon 810’s were plagued with heating issues, Intel powered Asus smartphones had no issues. The battery on Zenfone Zoom is a 3000mAh sealed battery with quick charge support. 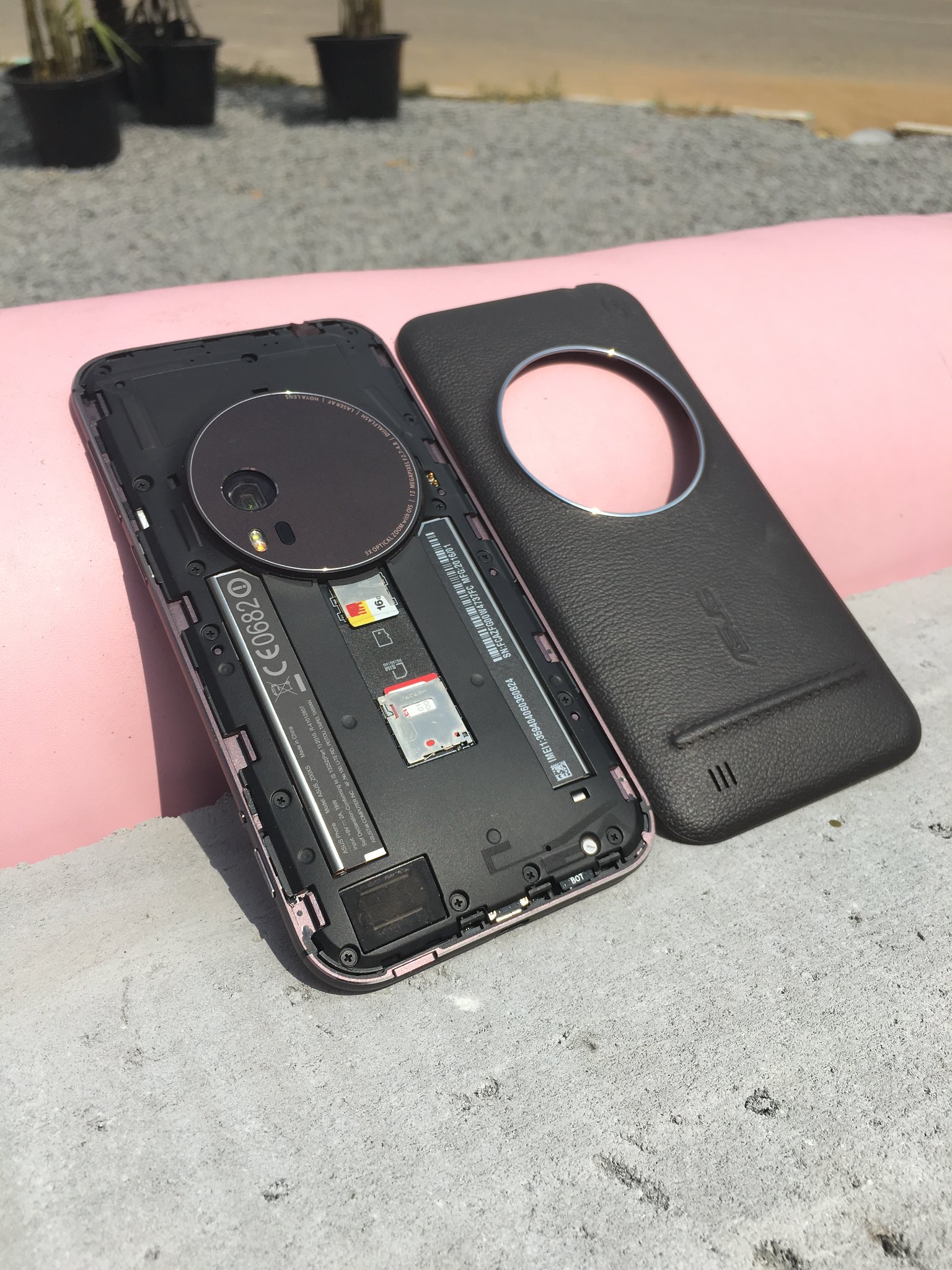 The device comes with a mammoth 128GB of in-built storage and if you are the insatiable type like me then you also have a MicroSD card support + 5GB free lifetime ASUS WebStorage + 100GB free ASUS Webstorage for 2 years. And that’s way more than the 128GB MacBook Air I’m using to write this review. Oh, one more thing – 0ut of the 128GB internal storage, 111GB is available for the users. Most of you will be disappointed to know that Zenfone Zoom is still running on dated 5.0 lollipop and not even 5.1 for that matter. As with any other Asus smartphone, the device comes with plethora of pre-installed apps like Splendid, for adjusting the colour temperature and toggling the blue light filter; AudioWizard, which lets you fine tune sound profiles for movie, music, gaming, or voice calls; Do it Later, a task manager that can sync with Google Tasks; Auto-start manager, which gives you control over which apps run on boot; Mobile Manager, to get rid of junk files and free up system resources; Power Saver for setting your power profile depending on your usage type. There are more pre-installed third party apps (read bloatware) as well, which can be uninstalled if not needed. As far as the ZenUI 2.0 is concerned, I think it’s high time we see a overhaul as it feels dated and so 2010. Though there is no lag or performance issues but the UI/UX is so jaded. We have seen other smartphone makers shift to much more clean and lean UI’s with minimal bloatware, hence Asus should follow the suit.

The much needed Marshmallow update for zenfone zoom is expected to arrive in Q3 2016.

Thanks to the Intel SoC accompanied by Power VR G6430 GPU and 4GB RAM, you can throw anything at the ZenFone Zoom and it will handle it with ease. Even with such a heavy UI overlay and loads of Asus system processes running, the device runs very smoothly. In our 2 months of using and testing this smartphone, a lot of updates and fixes were pushed to it. In one of the software update, new feature called Quick Find was added. With Quick Find a user can access search bar by swiping downwards from the home screen. With Quick Search you can search the Web and launch frequently used apps but you can’t search stuff stored on your device. For us the 3000mAh battery lasted for a full day even with always-on 4G, WiFi and BT; With 6 email accounts, 4 twitter handles and other social media streams with always-on sync. And as the device also supports fast charging, we were never running out of battery. The fact that we could get to 40 percent capacity in half an hour was very reassuring. As you would expect from any powerful Android smartphone, the Asus Zenfone Zoom is a delight to play games on. The only deterrent can be it’s weight but never it’s performance. We tested the Asphalt 8 and Asphalt Nitro on the device and the pnly thing we wished for was a better display and brightness. 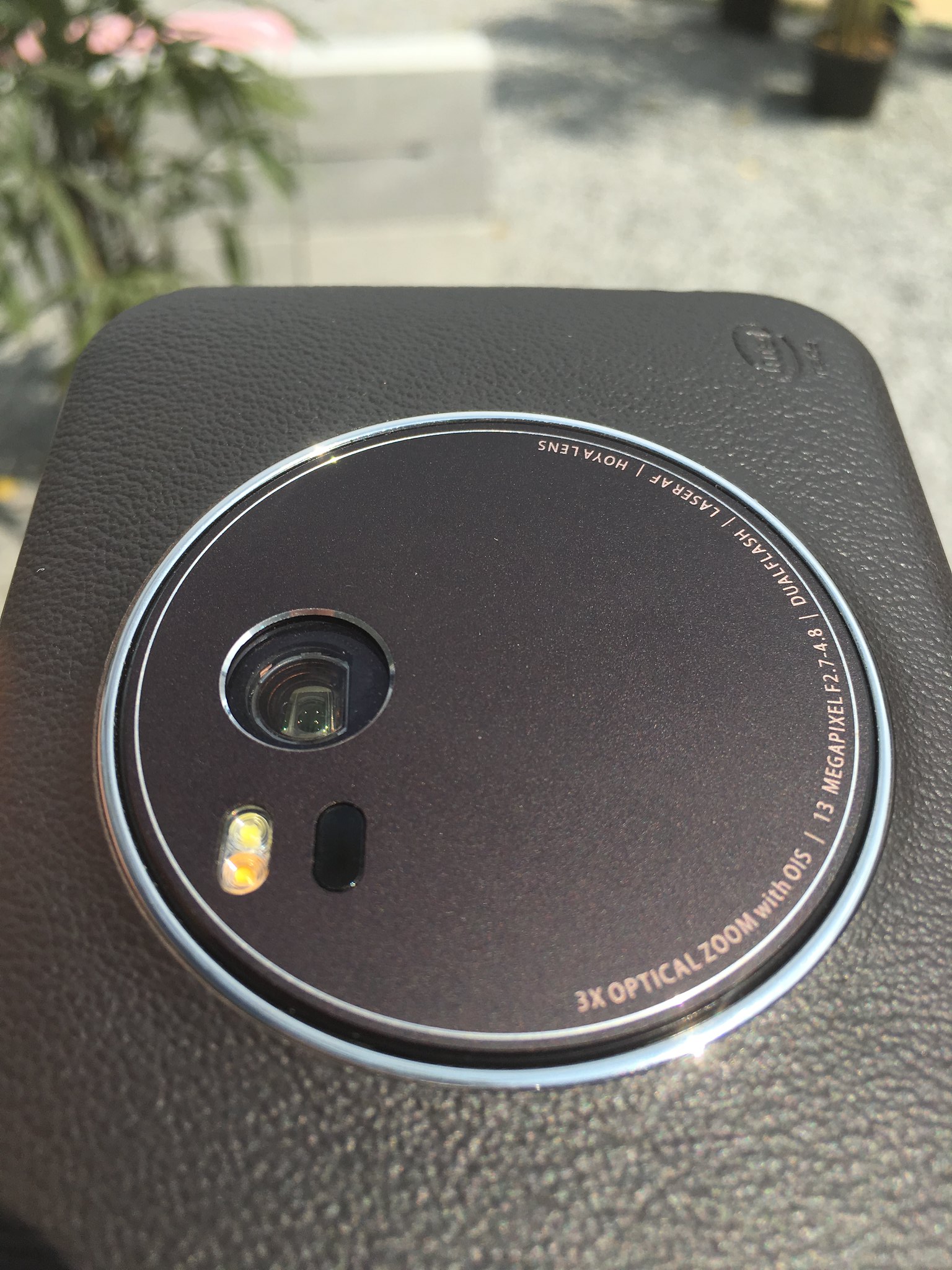 As a pro photographer, I’ve always been inclined towards smartphones with better camera capabilities. Be it the Nokia N90, Nokia N82, Nokia Pureview 808, Nokia Lumia 1020, LG G4, Samsung Galaxy Note 5/S6 or the iPhone’s. And why won’t I be, considering I end up clicking 3000+ images each month and around 5000 photos the months I’m travelling.

Hence, I was already impressed with the Asus Zenfone Zoom even before laying my hands on it. And when on the day of it’s launch, each one of us were given (read gifted) a device and were told to click our hearts out at the Taj Mahal, I was up for the challenge. Here are some shots that I took with the Zenfone Zoom and instantly fell in love with the device (you can view the complete gallery above) – 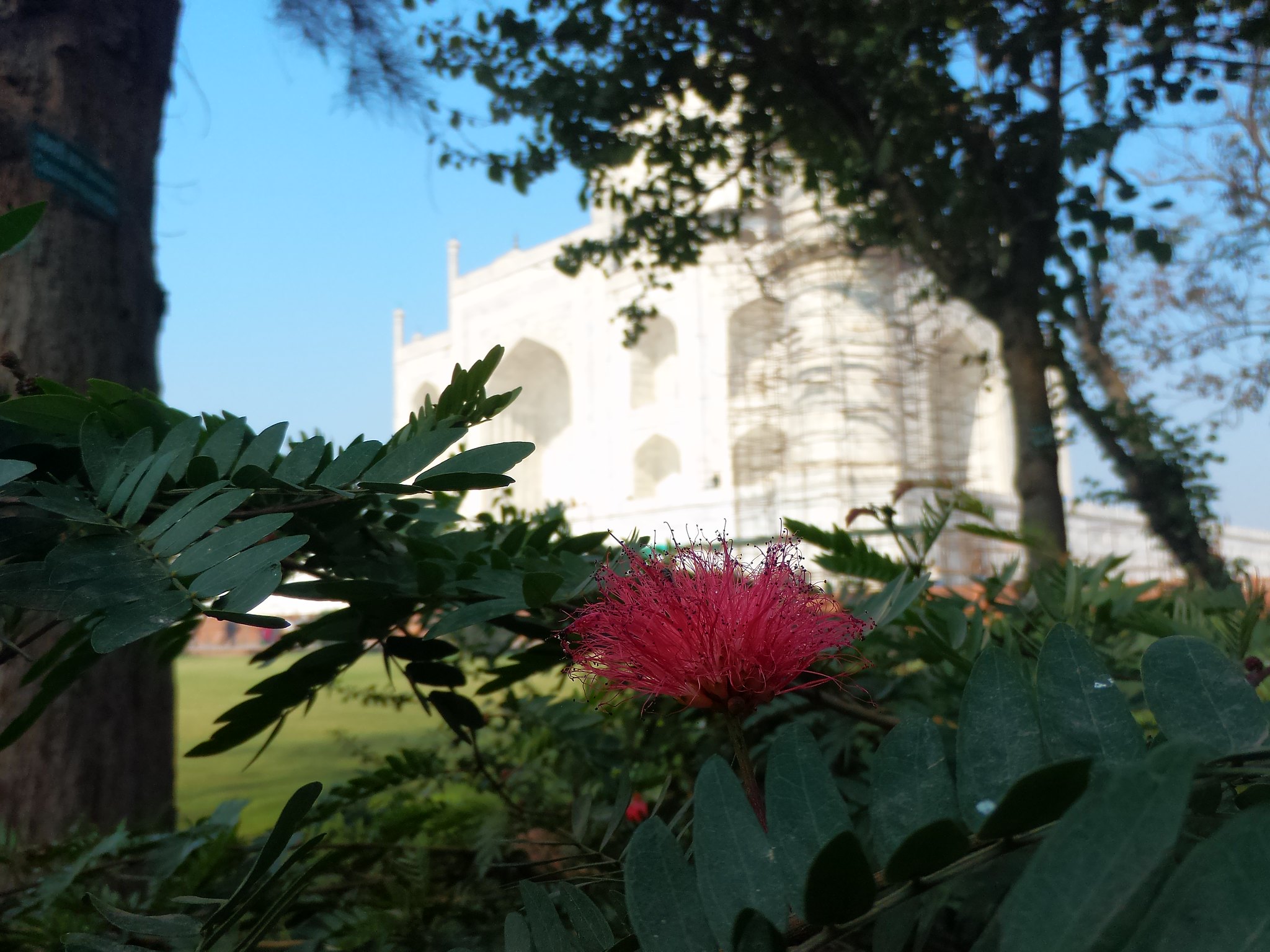 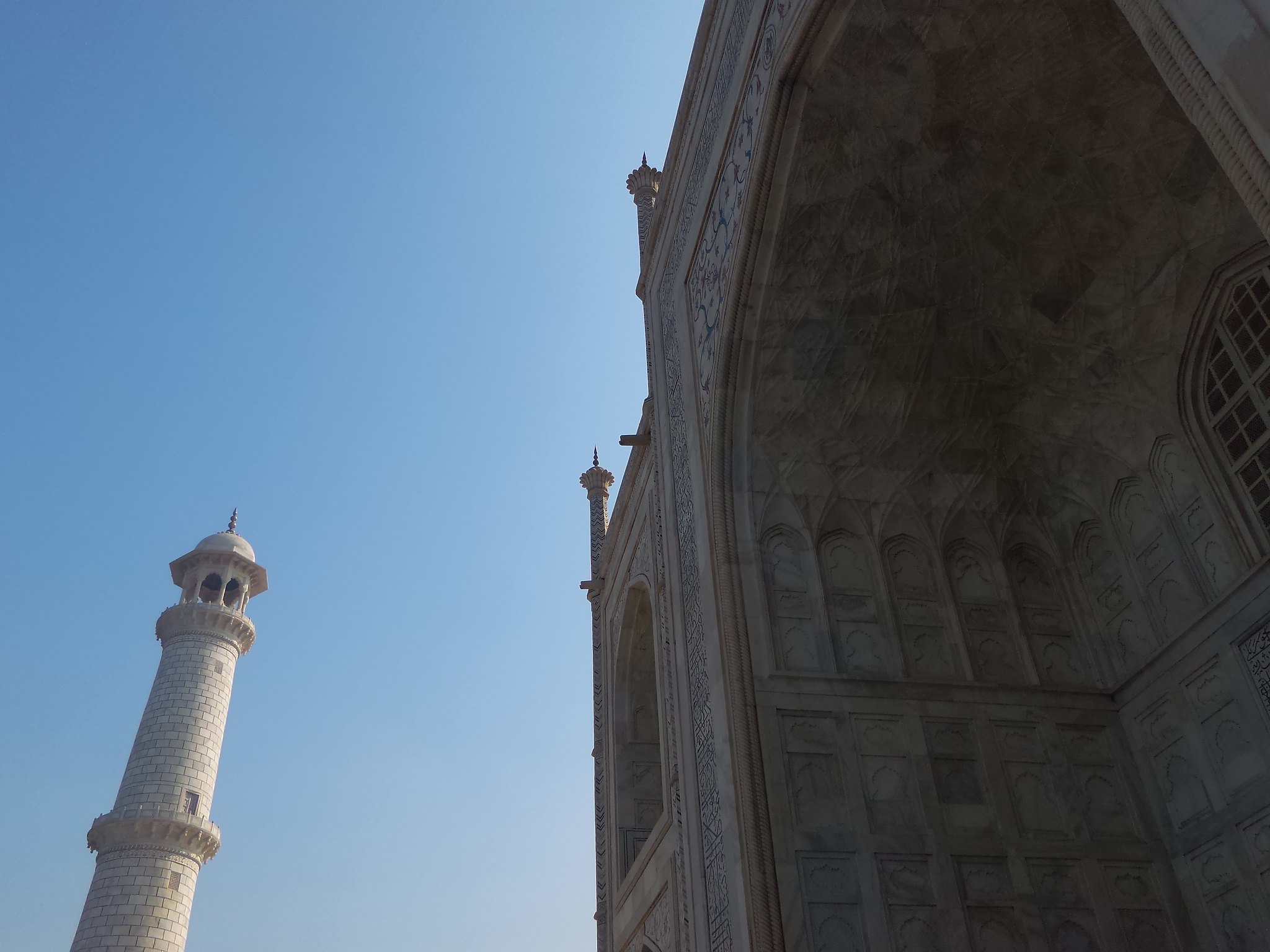 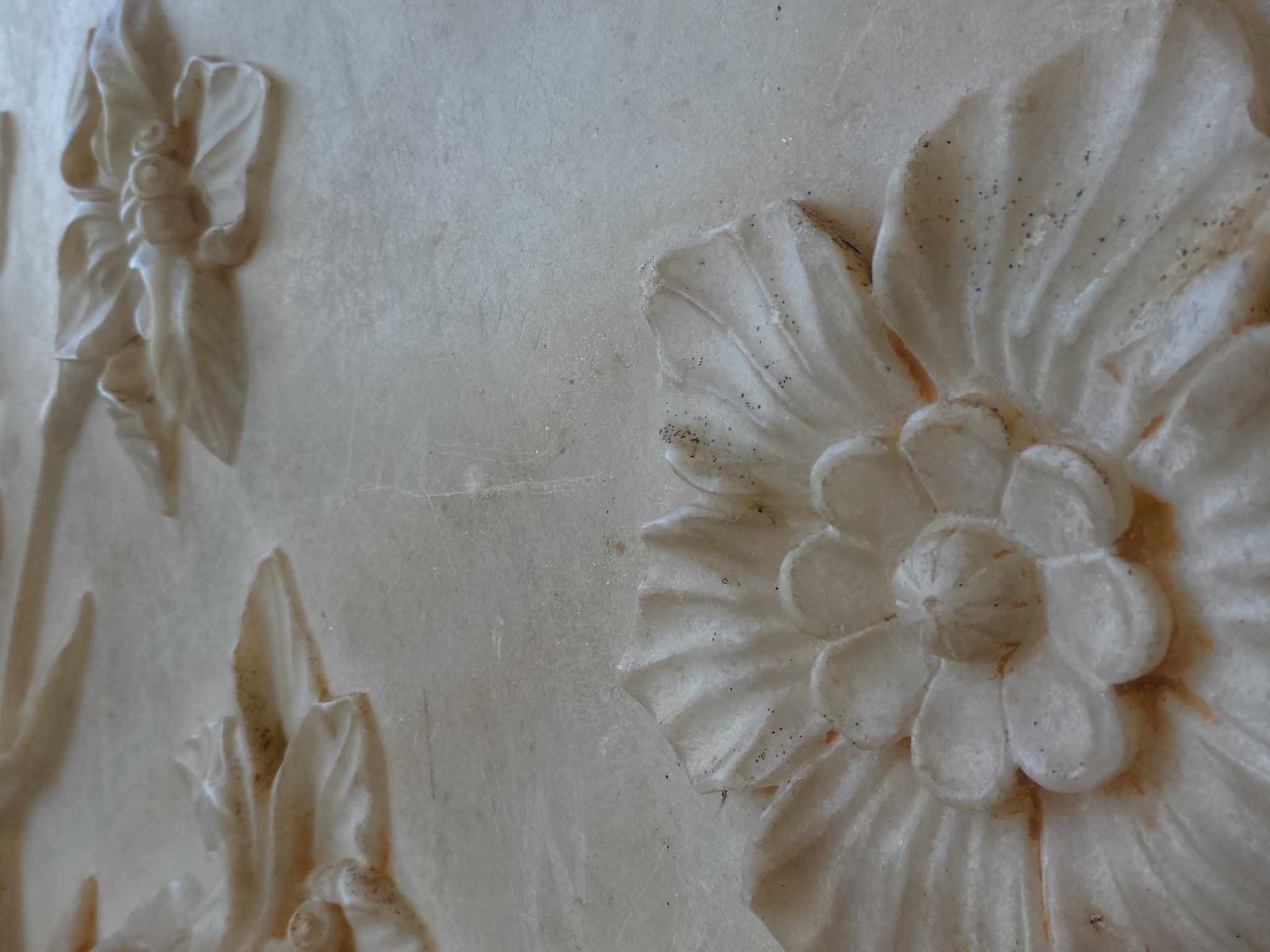 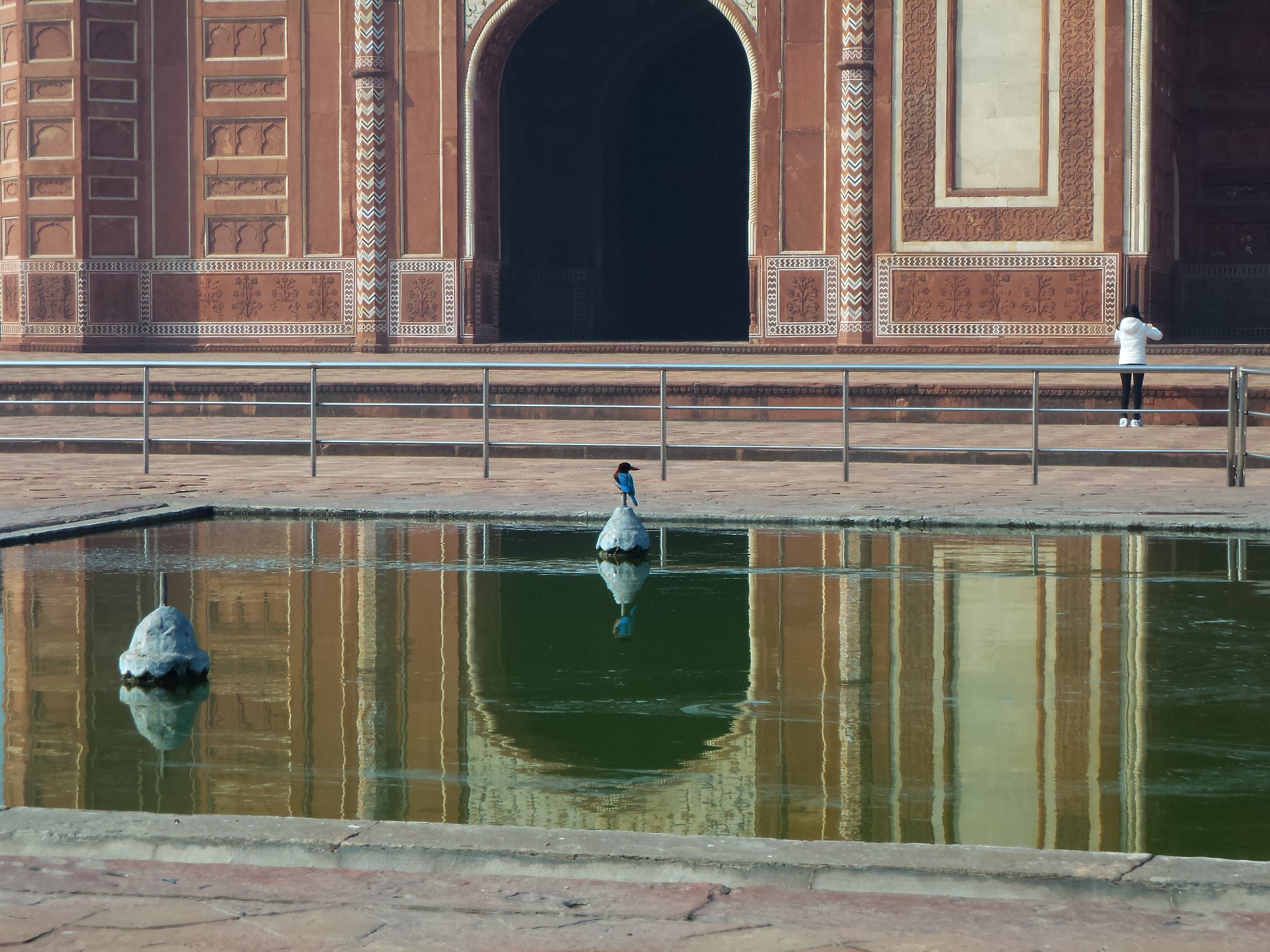 Now who won’t cherish having such a fantastic camera by his/her side all the time? But that’s not all, the real prowess lies in it’s Macro and Zoom shots. Have a look –

A closer look at my cuppa 😉 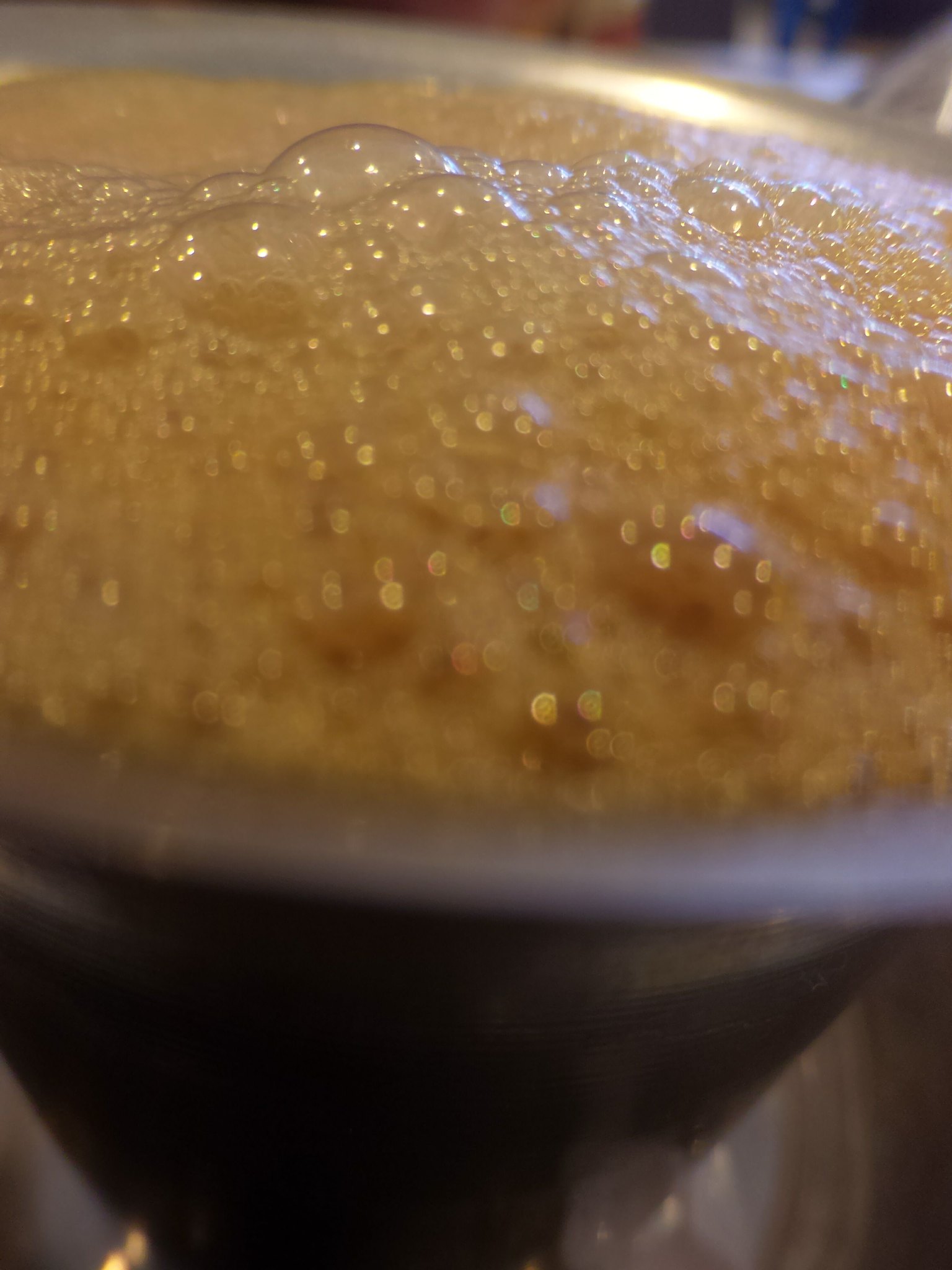 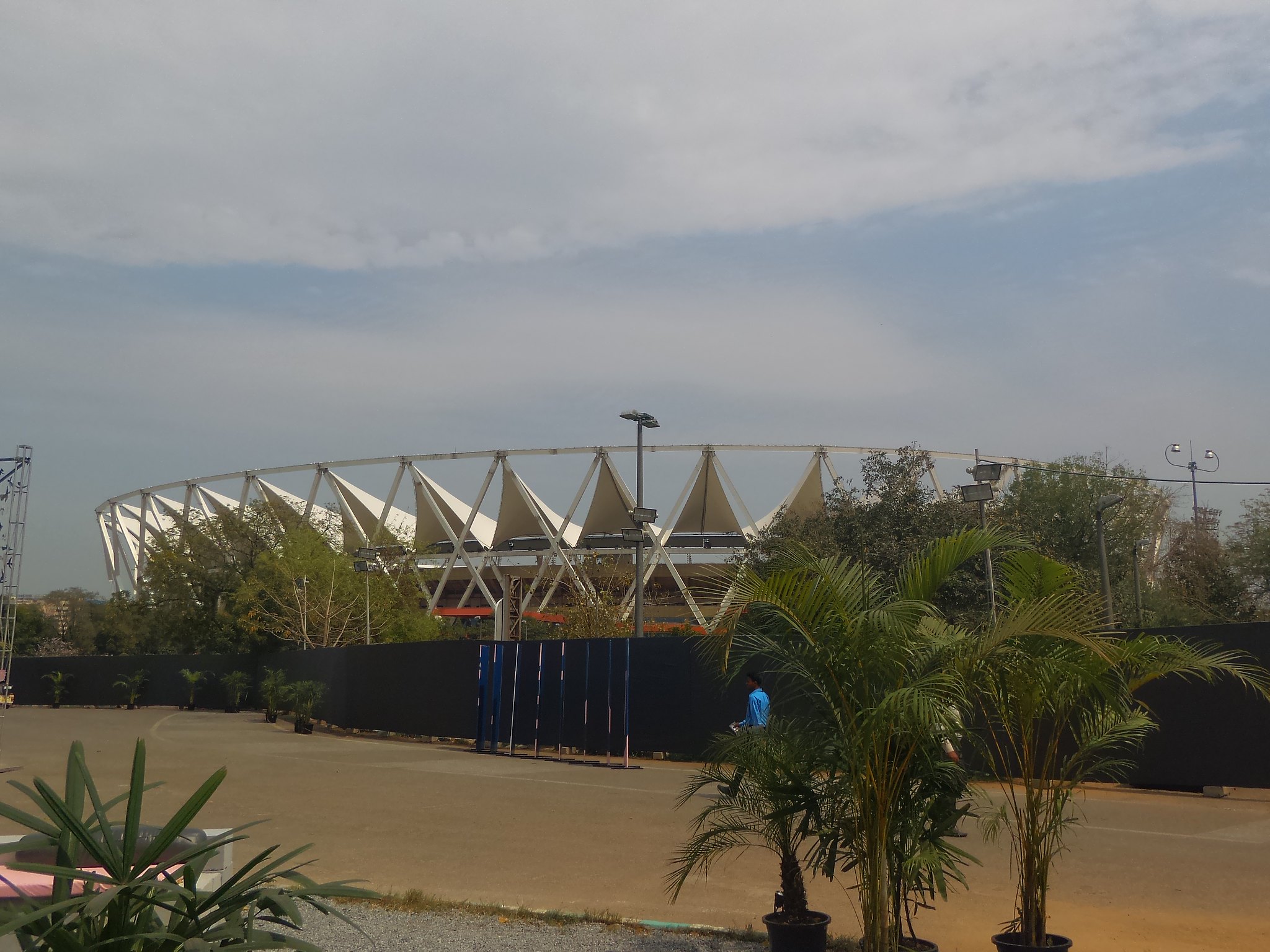 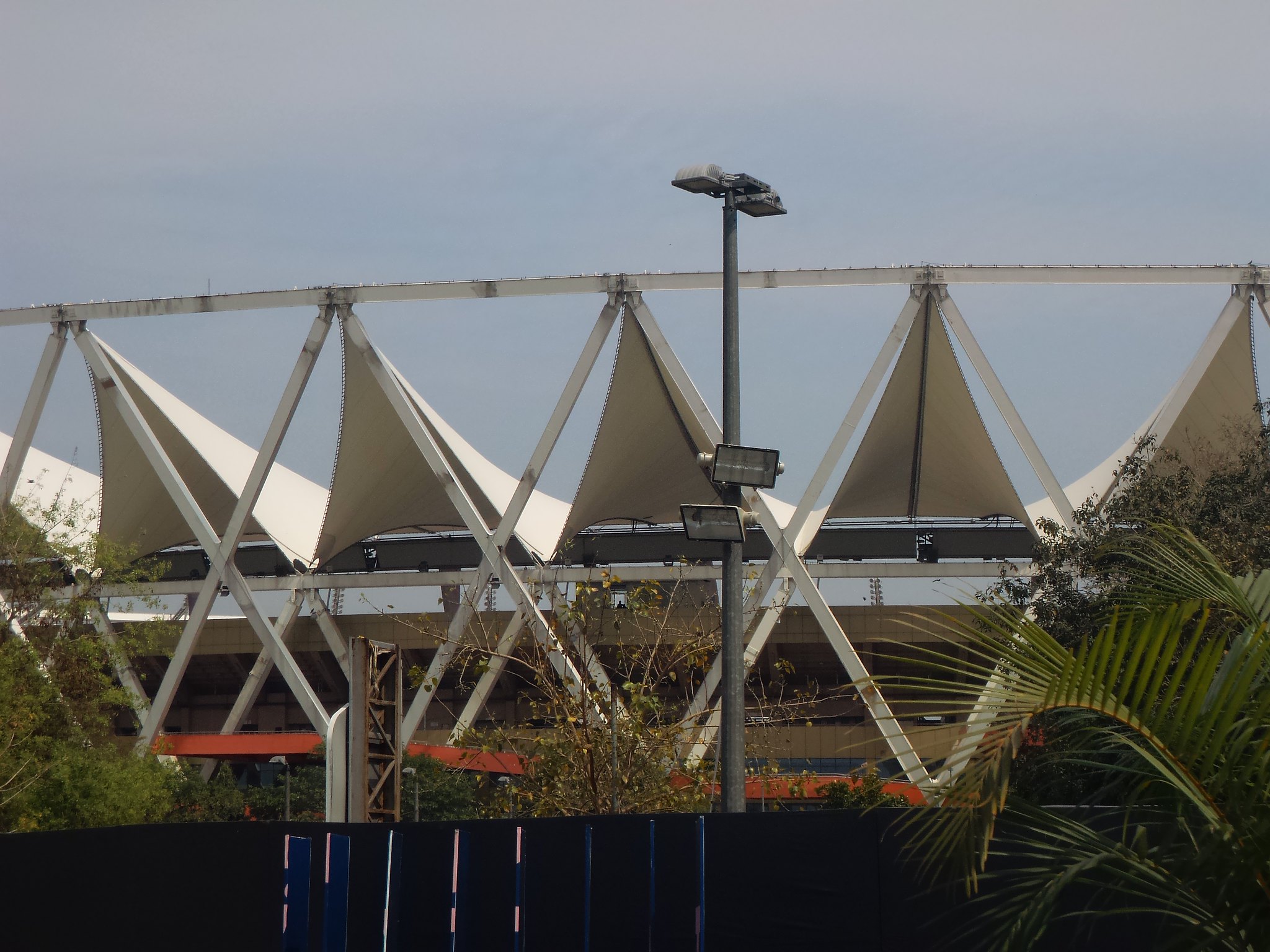 I swear, if the Zenfone Zoom could have captured 4K and better low light pictures, I wouldn’t have to carry my DSLR around. Nevertheless, it’s great a beginning and I’m sure the things to come are even more capable 🙂

The Asus Zenfone Zoom is the most expensive android smartphone in the Zenfone series and that’s not because of its specifications or premium build. It’s because of the advancements it has made in the field of camera and optics. But are those technological advancements good enough to demand INR 37,999 or USD 570 for this smartphone? The answer is a YES!

But don’t be mistaken that by giving it a big YES we are endorsing it or saying that it’s a perfect smartphone at this price. You certainly have more lucrative options like – Samsung Galaxy S6, Huawei Nexus 6P or the iPhone 6. But, as the Asus Zenfone Zoom is for mobile photography enthusiasts there is only a small set of users who would want to buy this phone.

And, even though the Zenfone Zoom has superior camera technology it’s mediocre camera sensor, low-res display and No 4K recording capability makes it a beta version of a device that it should have really been. The variation of photos that we took from a device is so much that some shots like pro-DSLR level and some from 5 year old mediocre camera smartphone. For example the level of detailing and zoom is exceptional but in low light and fast movement it goes for a toss.

Though a lot can be or rather should fixed with software updates but we would definitely wait for the Asus ZenFone Zoom 2 before christening it with the best camera smartphone title. Till then you can surely buy the Asus Zenfone Zoom as we are seeing regular updates and bug fixes being pushed on to the device. So sooner or later it will be running the latest Android and that should definitely boost performance in terms of battery life, memory management and most probably better image quality in low light.

Lastly, remember the Asus Zenfone Zoom is one small step for photography but a giant leap for mobile photography.

Disclaimer: The Asus Zenfone Zoom was gifted to us at the launch of the Zenfone Zoom in January. For this review we have used this device for over 2 months as our secondary device with an active Airtel 4G sim. Like most of our reviews it’s a long term usage review.