Huawei, today announced the Holi Dhamaka offer for its consumers. Huawei through this offer has announced INR 3000 discount for through offline sales and special discount through its channel partners Flipkart, Amazon and Snapdeal. Running on its latest version of Android ‘Marshmallow 6.0’, Nexus 6P offers a pure android experience, sweetened by amazing apps and sandwiched by some cutting-edge hardware, available across Nexus devices. 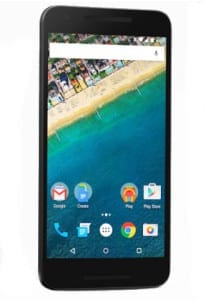 Commenting on the announcement Mr. P. Sanjeev, Vice President Sales, Huawei India – Consumer Business Group said, “We are overwhelmed by the response that we have received from our customers in India for the huawei Nexus 6P. Your response to the product  has been encouraging and has pitted us in the top slot of smartphones in India. We are glad to announce our exciting Holi offer for Nexus 6P fans  to make the festival of colors even more exciting for you. It is our continued effort to ensure that we offer to you best products and exciting offers from time to time.”

Amazon Holi Dhamaka starts from March 7-9, 2016 and will offer discount of INR 2500 of the purchase of Nexus 6p

Snapdeal Holi Dhamaka starts from March 7-11, 2016 and will offer discount of INR 3500 on the purchase of Nexus 6p