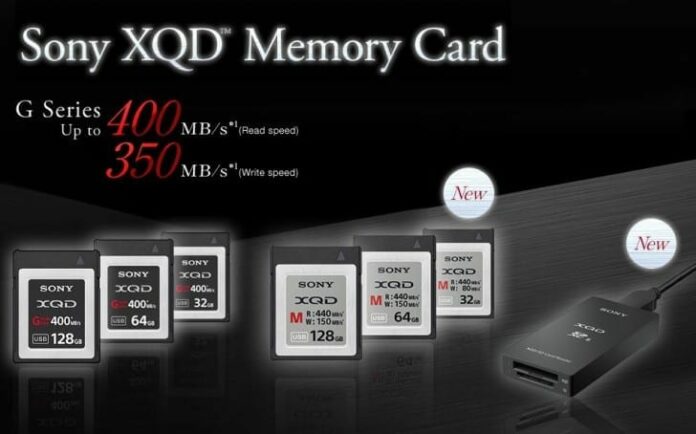 Sony bolsters its lineup of professional memory card options with the launch of new ultra high speed XQD and SD media card. It further strengthens its products portfolio with its new card reader for the XQD and SD formats along with an XQD USB adaptor. The new offerings from Sony are designed to support the latest high-performance DSLR cameras like Nikon D5 or D500.

Sony’s newest card reader technology comes with tremendous ability to backup 64GB of data in approximately 3 minutes. The new XQD-M series available in 32GB, 64GB and 128GB capacities, delivers transfer speed of up to 440MB/s (read) and 150MB/s (write) for stable burst shooting. The XQD format’s unique robust structure, featuring card thickness and pin protection with a tough reinforced outer case is made for reliable use.

The new SD cards are UHS-II supported and this feature contributes quick data transfer to and from a PC with Sony’s new UHS-II supporting card reader, which in turn elevates the performance of SF-M series’. Sony’s new SF-M series is available in 32GB, 64GB and 128GB capacities, delivering transfer speed of up-to 260MB/s (read) and 100MB/s (write). In addition,the newest SD cards are designed to make the best use of digital imaging devices including the professional, DSLR and mirrorless cameras.

The new innovative media offerings comes with dust-proof, X-Ray proof, anti-static and magnet proof to protect the most sensitive photo and video content, hence making it extremely reliable and durable. In addition the deleted photos and videos, including RAW images, MOV files and 4K XAVC-S video files can be recovered by using the downloadable File rescue software. 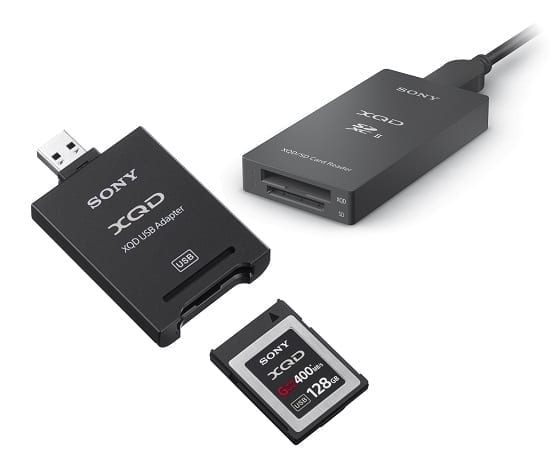 Sony eliminates the use of multiple adapters and readers by introducing the world’s first XQD/SD card reader, model MRW-E90, which supports reliable, ultra-high speed data transfer to a PC from all XQD series and UHS-II SD cards. The new card reader comes with a unique feature which supports Super Speed USB (USB3. Gen. 1). Sony offers the best performance to the professionals by developing the E90 together with Sony’s XQD and SD cards, which makes the best use of reliability and guarantees the cards will be well matched.

QDA-SB1 is a USB XQD adapter compatible with the M and G Series XQD cards. The adapter is streamlined to occupy only one USB port, and comes with an extension USB cable.

In addition to the new XQD-M series, Sony offers XQD-G series which is able to record up to 200 frames in continuous burst shooting with the latest high-speed cameras including models like Nikon’s D5 .

The new XQD-M series and SF-M series will be available in India from March 2016.