Philips Lighting India, organized a 12-hour hackathon at Philips Innovation Campus, Bangalore. The Hackathon was held to code, create and collaborate for Philips Hue Lighting platform. Having pioneered the connected lighting category in India with the launch of Philips Hue – the dynamic app-enabled LED home lighting system, Hackathon engaged with the app development community to come up with new use cases and scenarios around HUE lighting.

In the daylong event, Philips provided the coders and developers with HUE SDK (Software Development Kit), around which software programs were developed on the code fest day. The HUE SDK also used globally, is developed in India at Philips Innovation Campus in Bangalore. The themes around which these apps were developed were: #FunMasti, #TechTrendz, #Jugaad, #Sports, #Festivals, #Family and #Vernacular. The Hackathon witnessed participants being creative with the open HUE SDK and developing their own apps. Subsequently, team “Huber” were declared as winners and received the Philips Hue Starter Kits in the form of prizes. 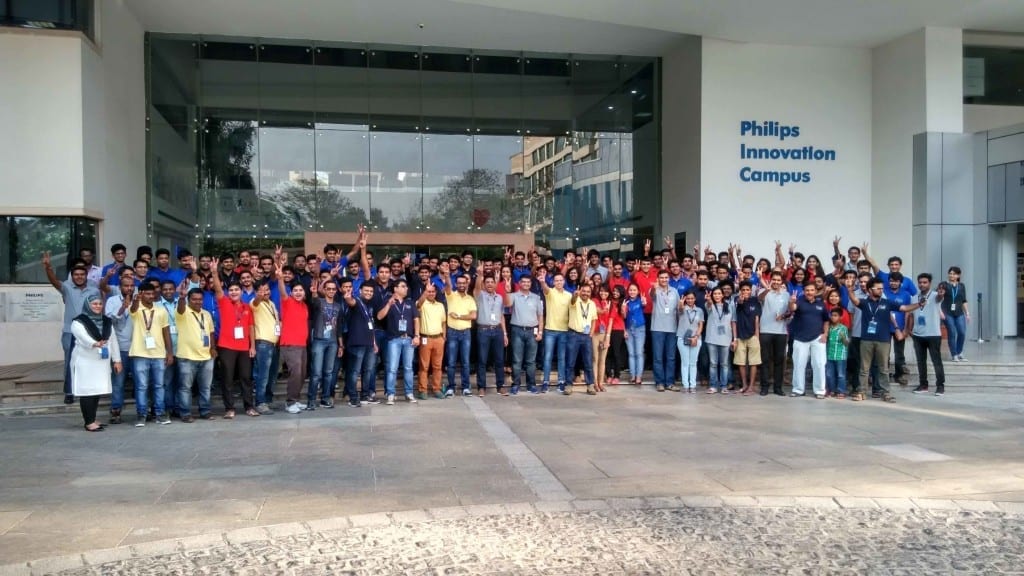 Commenting on the occasion, Mr. Sameer Sodhi, Business Leader, Senior Director, Home Lighting – Philips India said, “Philips is at the helm of the lighting industry in the country, offering a diverse range of products across categories. Hackathon is our endeavour to develop exciting apps for the HUE platform that connects with our consumers. We are thrilled to witness such a positive response for the first ever Hackathon in the connected lighting space.  We further seek to encourage the developer community and leverage coding for HUE systems which can act as an enabler to help them create a business opportunity.”

An intuitive and seamless system, Philips Hue is upgradeable and future-proof, with the potential for more features to be downloaded and enjoyed in the future. While being associated with instinctive moments in a consumer’s day-to-day life, be it relaxation, waking up or partying, HUE is all about delivering experiences in an unimaginable way. Through this Hackathon, web developers came together allowing for a great weekend full of energy, networking and ideation.