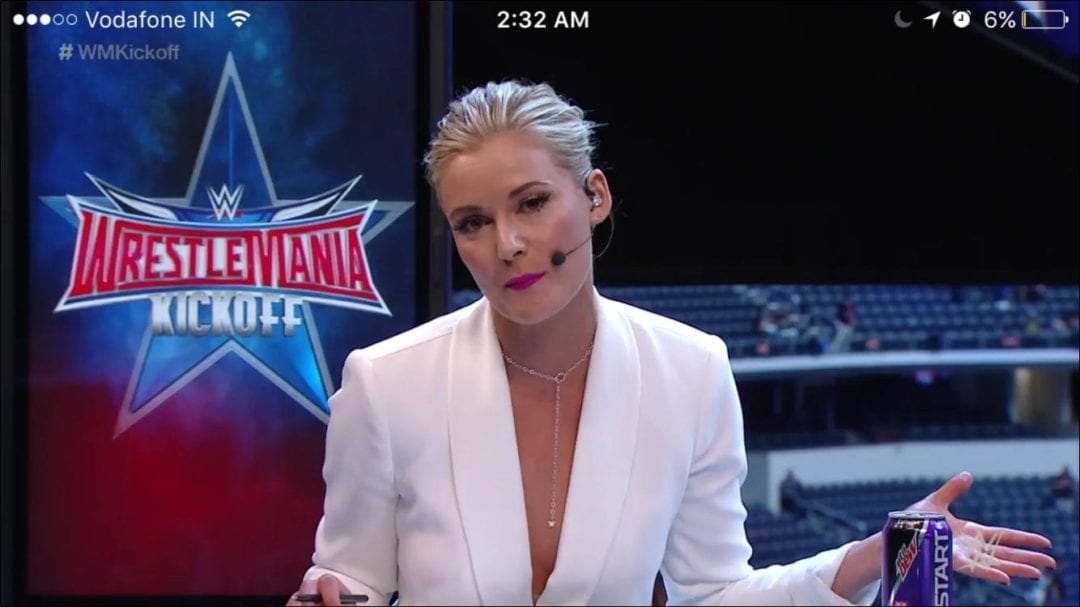 If you were born in the 80’s, 90’s or for that matter in the last decade you ought to be a WWE (World Wrestling Entertainment) fan. Back in the days, it was popularly known as WWF (World Wrestling Federation), till World Wildlife Fund objected and got it changed to what it is today.

As kids we used to be absolutely crazy about WWE, I candidly remember playing WWF (now WWE) Trump Cards all day, all night.

It’s weird that I still I remember most of the wrestlers from the 90’s – Shawn Michaels, Bret Heart, British Bulldog, Andre the Giant, Tatanka and many more. In fact, some wrestlers like The Undertaker and Hulk Hogan are known by the youngest lot of WWE fans that we have today.

Overtime, a lot changed in wrestling. From WWF to WWE; From WWE to WWE RAW and WWE Smackdown; From Live Broadcast to Pay-Per-View; From WWE.com to WWE App. But the adrenalin rush remains the same! I can vouch for it as recently I decided to download and test the WWE Network app. From the moment it started downloading to seeing the homescreen, I was as excited as I was 23 years ago seeing my first set of trump cards xD.

The concept for the WWE Network was first introduced few years back in the US. Wrestling fans from all eras were excited. The fact that not only could they be able to watch past pay-per-views, but also past and original shows was reason enough to be excited. That’s not all, every future pay-per-view was made available via live stream at no extra charge. Recently, the WWE network was made available to WWE fans in India. With same feature sets as the US app, it meant added advantage for us Indians. How? We don’t get to see them live in a neighbourhood arena or get a Pay-Per-View option in India. The only option left we are left with is to wait for the telecast on our cable tv.

But not anymore, all you have to do is download the WWE Network App and pay USD 9.99/INR 650 a month. That’s like a steal with all the content right?

Let’s finally begin with the unbiased review of WWE Network. I primarily used the service on my iPhone and my MacBook. The WWE Network apps for Android, iOS, Apple TV etc. To access it on your Windows PC or Mac, you would need to rely on the browser on your machine.

The interface is fairly simple and easy to navigate through. In the iOS app all the menu options are on the left. Similarly, in the web interface, all the categories and subcategories are listed on the top. Click on the schedule and you can see the shows for the day and more importantly there is a ‘Remind Me’ button.

Users can subscribe to the WWE Network through the official iOS or Apple TV application using their iTunes account. Signups are also available on the WWE website, and content can be streamed from a browser. Access to the network offers all 12 of the company’s live Pay-Per-View events, including its biggest show of the year, Wrestlemania.

There is a LOT of original content featured on the WWE Network; so much so that I can’t cover them all in detail. To name a few:

WWE Network has so far surpassed my expectations on every front. After the flawless WrestleMania 32 streaming, my remaining WWE Pay Per View event experiences on the Network have been excellent. Every time you launch the WWE Network, you’d find something new to watch. The price of USD 9.99 or INR 650/month is good for the content that is made available. But if by any chance you are still in doubt, then all you need to do is try it for a month and the content will convince you to subscribe for it 🙂

As the WWE Network is available across platforms like Android, iOS, Windows 10, Apple TV, Amazon Fire TV, Sony PlayStation 3, Sony PlayStation 4, Xbox One, Xbox 360, Roku, Smart TVs. But what would have made it a great experience is the availability of Full HD content if not 4K yet.